Sometimes, you just really need to know when it’s time to walk away. You need to know your limits. It’s understandable that you still want your girl back. You loved her and you wanted so desperately to be able to make things work with her. However, she didn’t feel the same way and she felt like she needed to end things between the two of you. In an ideal situation, you would agree with her and just move on with your own life without her.

And that’s fine. It’s okay for you to stay hopeful in love. However, it also gets to a point wherein you just need to know when something isn’t going to be meant to be for either of you. And when that’s the case, you just need to stay honest and humble with yourself. You need to tell yourself that even though the truth might hurt, it’s still important for you to accept it.

The key is in figuring out whether you still have a shot with her or not. And a lot of the time, that isn’t an easy thing to figure out. If you think that the door is still open for you, then you would never want to walk away. But sometimes, your stubbornness can get the best of you. And even though it’s clear that you no longer have a shot, you’ll still persist.

1. She has started dating someone new.

The number one most obvious sign that she’s gotten over you is that she’s started dating someone new. She already has a new person to fill the void and so she’s never going to want to get back with you anymore.

2. She ignores your advances.

She hasn’t really responded to any of your advances or your initiatives to try to win her back. She’s essentially ignoring everything that you’re throwing at her because she’s really over you now.

3. She actively tries to avoid you.

If she’s deliberately trying to avoid getting into contact with you, then she clearly doesn’t want to get back together. She’s already blocking you on her social media feeds. She isn’t going to the places where she knows you will be at. She doesn’t want to run into you at all.

4. You had a very toxic relationship and breakup.

Try to take a look at your relationship and the manner in which the two of you broke up. If it was very toxic and hateful, then chances are that she isn’t going to be interested in going back to that kind of environment. And frankly speaking, you shouldn’t want to either.

5. Her friends tell you that it’s over.

Another obvious sign that she’s gotten over you is if her friends are telling you that it’s over between the two of you. She’s obviously telling them to tell you to back off because you practically don’t have a shot at getting back with her anymore.

6. She has returned your stuff back to you.

She isn’t really interested in keeping any of the memories that you have shared as a couple. She’s returning all the old gifts that you gave her when you were together. She is returning the stuff that you might have left at her place in the past.

7. She starts doing things she never did when she was with you.

If she’s getting into new hobbies or if she’s starting a new career, then that might be a sign that she’s definitely moving on from you. She has emerged into a new phase of her life and that’s why she’s doing all sorts of things that she never used to do when she was with you.

8. She tells you that you don’t have a chance of getting back together.

And of course, you should always take her seriously when she tells you that she isn’t interested in being with you anymore. You might think that this only means that you need to be more persistent. But at the end of the day, you need to be able to respect her decision. You can’t be forcing her into anything. 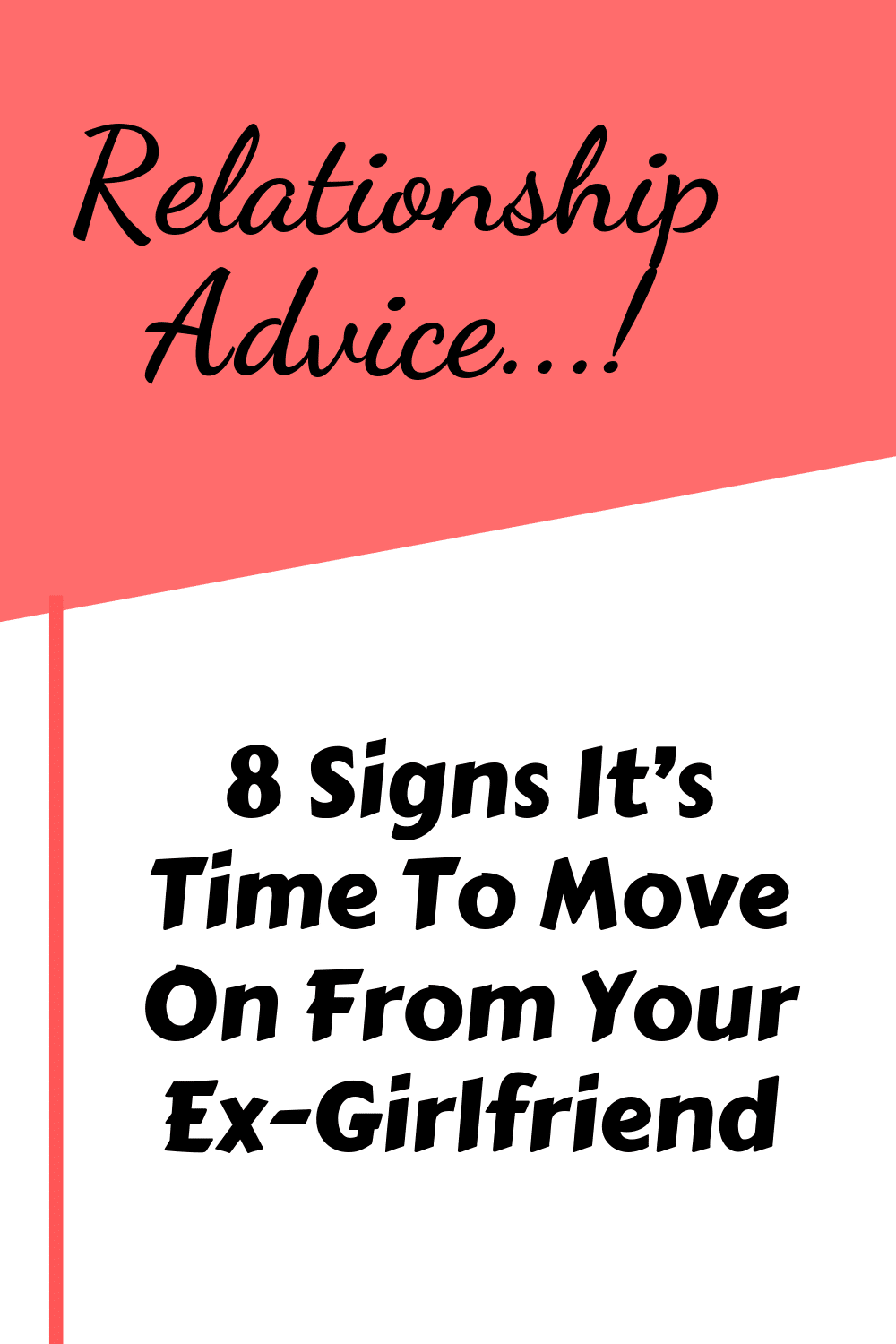