Alpha women are strong and independent. They know how to take a stand and speak their minds.

This can come across as intimidating for most men. These women may seem as if they are cold and bitchy when actually, they know what they want and how they want it.

Instead of trying to understand and “tame” these women, most men are running away from them, too scared to even try.

So, if you recognize your women as ‘alphas’, read some of the things they need in a relationship and put your words into action. By having them, your relationship will follow their patterns of behavior.

In the end, it will pay off having strong and independent women by your side.

1. They need men to challenge them.

They need to be challenged on a daily basis. Without the excitement the challenge brings them, they will be bored and indifferent.

Men should challenge them on all levels—intellectual, physical, emotional, etc.

They need fighters because they are the ones who never give up.

Although they are the ones who are the foundation of their relationships, they need to be able to let their guards down, every once in awhile, and to feel comfortable enough to trust their men.

They need to know they can tell you anything and you won’t use that against them when things get rough.

3. They need to be respected.

To quote Aretha Franklin: “…All I’m askin’ is for a little respect when you get home…”

You shouldn’t take these women for fools. They are very intelligent, especially when it comes to their relationships, so you should never underestimate them. If they see you are twisting them around your little finger, they will leave you.

Disrespect is the thing they can’t stand the most.

To them, an ounce of prevention is worth a pound of cure— in every relationship.

Clingy, dependent men are not an option for these women.

They need men who know how to solve problems without an alpha’s help and who aren’t afraid to take matters into their own hands.

5. They need men who can keep up with them.

Alpha women have clear goals in their lives which they are determined to achieve. If their men won’t keep up with them, they will leave them because they don’t want to be slowed down by anyone.

Either you are with them or you are out. In everything they do, you must follow them and grow along with them.

If you want them to respect you, you have to make them aware of the things you think they are doing wrong.

You shouldn’t criticize them out of spite or jealousy because they will see right through that.

These women appreciate men who help them become even better than they already are by giving them constructive criticism. In that way, they will be sure you care about them and your relationship.

7. They need men who know when the timing is right.

When dealing with alpha women, you have to know when the right time is to talk seriously about matters that are bothering you.

You can’t blurt it out whenever, without even thinking about it.

You have to bear in mind that these women are passionate and emotional, so you have to approach them in an appropriate way.

They need you to handle their ‘moods’ delicately and to know when to just let things slide or hit pause and deal with the problem at hand, ASAP.

As you can see, being in a relationship with an alpha woman is not an easy task. Some of these things can help you learn how to deal with them. Keep in mind that respect is a big deal; treat them with respect and it will pay off in the end.

When alpha women love, they will give themselves completely to the relationship only if you respect the fact they are alphas. 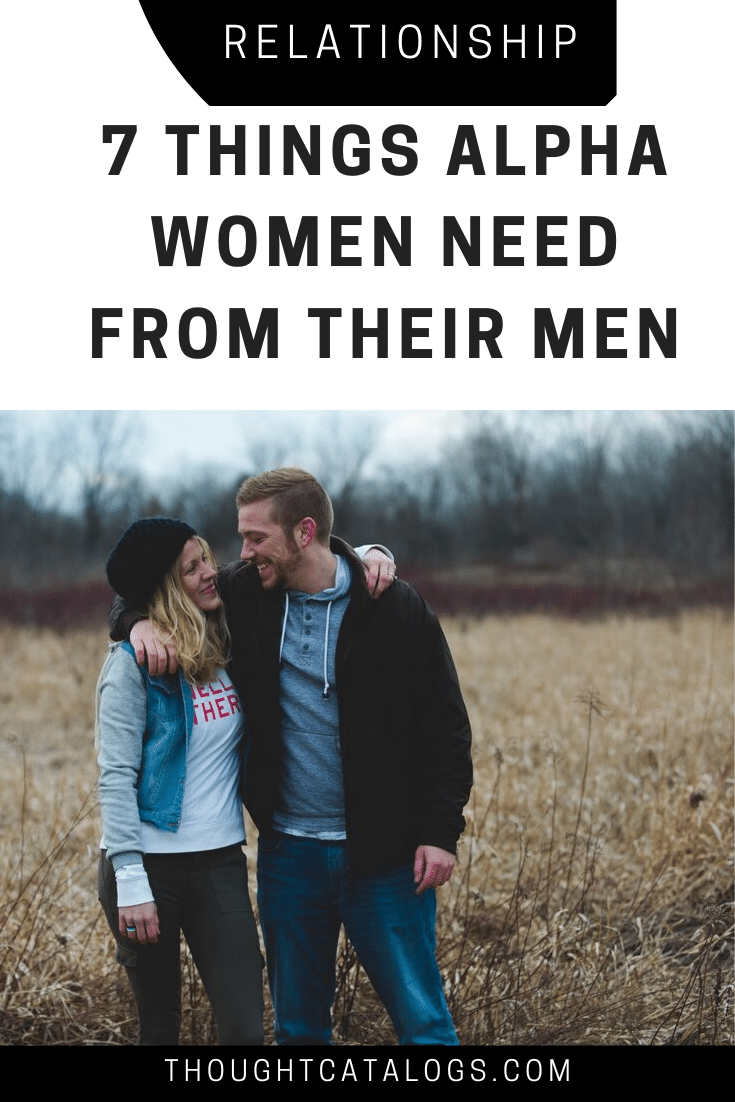 I Don’t Have It In Me To Chase You Anymore

6 Emphatic Traits That Make You Irresistible To A Narcissist