This is the situation that you are in: you have already been dating for a  short time now and it feels like things are going really well between the two of you. But that’s not the entire story just yet. There’s actually a lot more to it.

Yes, you might think that you’re going steady with each other and that you’re at a healthy place in your relationship. But you just can’t help but shake that feeling that he’s somewhat distracted. You get the sense that he isn’t giving you as much focus or attention as you think this relationship needs. You feel like he isn’t as invested in this relationship as you are.

But you’re scared that you might just be acting paranoid about everything and you don’t want to overreact. However, you can’t shake the signals that your intuition is trying to send you either. You desperately want to know where his head is at but you don’t want to come off as confrontational or entitled.

Also, it can be very easy for him to tell you that he considers you to be important even when that isn’t necessarily the case. That’s why you always want to be paying attention to the things that he’s doing in the relationship. It can’t just be about what he’s saying or what he’s telling you. He needs to be following up on what he’s saying with some legitimate actions.

Men are more physical communicators than they are verbal ones. And if you really want to know whether he considers you to be an important part of his life or not, then you need to pay attention to what he’s doing and what his habits are when he’s around you. If you see that a lot of the things listed here apply to him, then it’s likely that you have a man who isn’t all that interested in being with you after all.

1. He never really adjusts to your schedule.

He never really adjusts to your schedule. It’s always you who is moving things around just to be able to meet up with him. But it’s as if he’s making it difficult for the two of you to actually find a spot for you in his life.

2. He cancels on plans with you so easily.

He doesn’t really care about letting you down by just canceling plans on you quickly and easily. He doesn’t care about hurting your feelings even after he has already gotten your hopes up. And lastly, it also shows that he doesn’t think it important to honor any promises or commitments that he makes to you. He doesn’t really value your existence in his life.

3. He waits hours or days to reply to a text message.

He doesn’t really make an effort to reply to a text message that you send right away. He doesn’t think it important to ease your mind of worries or insecurities. He willingly lets you wait because you’re not important enough for him to actually take a few seconds to just pick up his phone and respond to a message that you’ve sent him.

4. He still uses those dating apps.

This is blatant proof that he’s still trying to keep his options open and that he’s still unsure about settling for you. You’re considered to be just another option to him in case nothing works out with another person. He still uses those dating apps because he hopes that someone better is going to come along to replace you.

5. He doesn’t really invite you over to stay the night.

6. He doesn’t talk to you about future plans.

He doesn’t really want to discuss future plans with you because he genuinely doesn’t see a future with you just yet. He doesn’t see the two of you having anything special that is worth holding on to for a long time. He’s just in this relationship for the short-term. And he’s obviously not interested in making things last with you because of his reluctance to plan for the future.

7. He refuses to define the relationship with you.

He doesn’t really engage in talks with you about where you stand in the relationship. He is virtually unwilling to give you that sense of security in your own relationship by refusing to define the terms of your partnership. He doesn’t want to make anything official because he doesn’t want to commit to you entirely just yet. 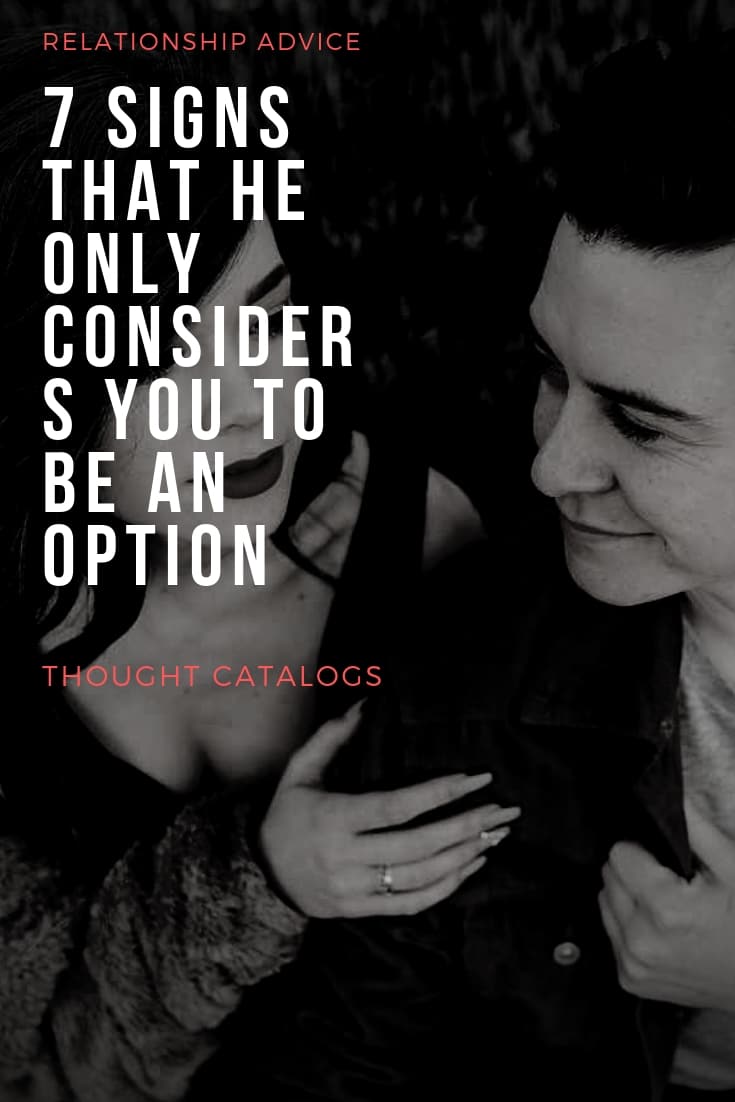 I Don’t Just Want A Companion, I Want A Real Life Partner And Passionate Lover