ThoughtCatalogs
May 1, 2019
Share
Facebook
Twitter
Pinterest
WhatsApp
Linkedin
ReddIt
Tumblr
Flip
Copy URL
When you are engaged in a love relationship, you somehow get blinded by all that false shine. You don’t see the whole picture because you are in love and you can’t see all the red flag signs of a potentially abusive relationship. That’s how many women get trapped and they stay with their toxic partner even if they don’t treat them as they should. And here are some of the most common reasons they do that, even though deep down they know it does not benefit them.

1. They are scared to leave because they are not financially stable

Many women stay with their toxic partner because they are not financially stable. In fact, many women are totally dependent on their partner and especially if kids are involved, they would rather keep their mouth shut and put up with any shit that gets served in front of them. But that is not a long-term solution and it just gets worse. If he sees that you are dependent on him, he will do whatever he wants. That’s why you need to confront him and seek help wherever you can.

2. They think they can help their abuser

Abusers have their own tricks and manipulation methods that will make their victim bound to them. That’s why many women will think that their abuser will totally fall apart if they leave them. They think they can help them to get over everything and they stay even if they don’t feel comfortable in that relationship. These women are emotional creatures who believe that everyone is good like them and that some people simply need some time to actually realize what kinds of problems they created in the relationship.

3. They believe their abuser will kill himself if they leave him

4. They stay because of the kids

Maybe one of the worst reasons to stay in an abusive relationship is because of the kids. Just imagine what your child goes through every time you fight with your partner. The way you talk to each other is not what they should learn. That is not how a good role model acts so please don’t ever stay with someone who abuses you for the benefit of the kids. Nobody will benefit in that relationship, especially the kids who will believe that kind of behavior is normal.

5. They stay because they don’t think they can do better

Abused women are bruised, broken and tired to the bone. That’s why it is pretty easy to convince them that if they leave, they will never find someone who will accept them as they are. They believe they are not beautiful, worthy or good enough for another man but the truth is they are even more than that. They just need to find a man who will see all that their partner didn’t see.

6. They stay because they were manipulated

The problem with abusive relationships is that an abuser is very good at manipulating their victim. They will use all kinds of tricks just to make their partner bound to them. They will tell them they can’t live without them and that they need them in order to move forward. In those situations, women often feel sorry for them and they decide to put up with everything their abuser does. They think it is just bad timing and that it won’t last too long. They think their love will change them but as time passes, it just gets worse. It is like a magic circle they can’t escape from.

7. They stay because they are scared for their life

Many women stay in an abusive relationship because they are scared for their life and the lives of their children. Their abuser often threatens to kill them if they try to leave or say that they will never leave them alone. That’s why abused women decide it is better to stay in those circumstances rather than ask for help or an alternative. They can’t see all the mind gamestheir abuser plays on them and they often totally lose themselves due to the situation they are stuck in. 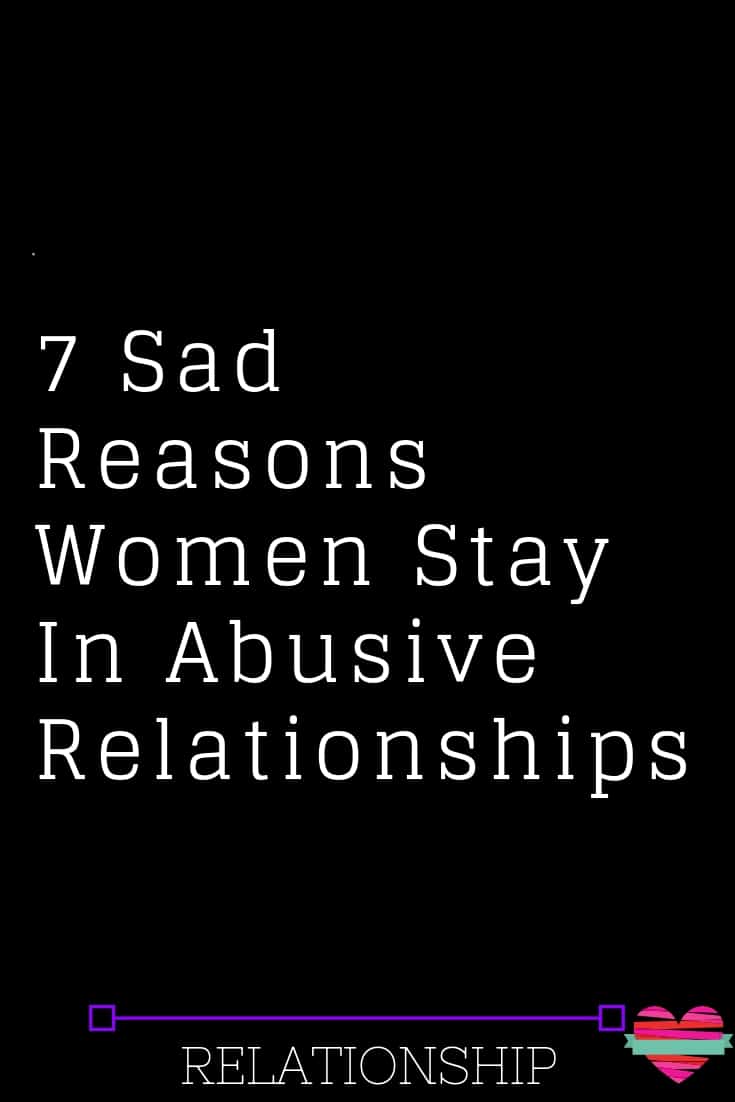 She’s not like any other girl you use to chase. She’s more like a butterfly. If you put her in a cage, you will...

Fall In Love With Healing Yourself

In the corner of the room, with your head between your knees, there you are again. You’re hurting, aren’t you? You can’t get one...

Click Here To Discover What Men Secretly Want, But They Could Never Tell You. ARIES You actually will not need to raise even your little finger...

Having a great associate is such an important point because that is the individual you will spend fifty percent of your day with and...

May Full Sturgeon Moon The moon in May , called the Full Sturgeon Moon, will show up on Sunday, May 2. It will certainly reach its...
𝐓𝐡𝐞 𝐭𝐡𝐨𝐮𝐠𝐡𝐭 𝐜𝐚𝐭𝐚𝐥𝐨𝐠𝐬 is an Educational & Entertainment Platform theme. Our Team Publishes 100+ Content On Weekend/Monthly. We will motivate the needs of any person & make them inspire instantly You, Will, admit Once You Begin Your Journey With Us. The Thought Catalogs platform is a perfect choice.
© Copyright © 2022 - All Rights Reserved | TheThoughtCatalogs.