Remember the times when you were his whole world? He used to shower you with attention and go to the end of the world for you but now, not so much. What has happened, where did it all go wrong?

If you feel things are not like they used to be, he has probably lost interest in you but doesn’t know how to tell you. You two lost that initial spark that brought you together. After the chemistry has worn off, there is nothing left. You are simply being taken for granted.

Signs he doesn’t appreciate you like he used to:

1. He never asks for your advice

That is probably because he doesn’t want your advice. Your opinion doesn’t matter to him that much. He doesn’t feel you’re important enough to include you in his decision-making process.

He feels you are just not important and if you thought you could spend the rest of your life with him, you’re wrong because that life isn’t worth living, not with someone who doesn’t appreciate you at all.

2. He doesn’t listen when you talk

Every time you have got something to say, he tunes out because he simply doesn’t care about what you’re talking about. Either he feels that you’re just not that interesting or he thinks nothing you say is important.

Either way, he’s being an asshole and you should leave him. Don’t waste your life thinking he will come around and giving him second chances. You can do waaaay better than that.

3. You’re always at his disposal

You always have time for him and the things he needs. This would be completely normal if he did the same things for you. It’s called love. People who love each other are ready to sacrifice their time if the other one needs them.

They will drop everything and run to help their partner but in your case, things are a bit different. You always do things for him while he never does anything for you. That is just not right!

4. He never says thank you’

He doesn’t appreciate the things you do, ergo he doesn’t respect you and the final result is that he doesn’t love you. Do you really want to spend the rest of your life with someone who thinks of you as convenient and doesn’t love you, not even one bit?

5. He makes plans of his own

You are not included in his plan-making. Maybe just at the last minute, if he had something planned but his friend canceled, then he’ll ask you and pretend like he was planning on asking you all along.

Well, he wasn’t. It’s just because he has no one to go with. Or what’s even worse, he assumes that you have all the time in the world, so he goes ahead and makes plans without consulting you and brings you in last-minute.

He doesn’t even ask you if you would you like to go wherever he is planning on going, he just says that you are going. Don’t let anyone treat you that way. Don’t let anyone be in control of your free time. That is just wrong.

If it’s your birthday or your anniversary, he won’t remember, let alone surprise you with something. That is how much he cares. You may even get that crap talk about how every day is special and why should you celebrate that one with him, but don’t fall for it.

It’s just a lame-ass excuse for the fact he forgot because he simply doesn’t care.

7. He doesn’t give a damn about your feelings

This may be just pure selfishness but in this case, it’s selfishness wrapped together with not giving a damn about you. He doesn’t care about your feelings or what makes you happy or sad. Those are the signs of an unhealthy relationship, from which you should get out of as soon as possible.

Take some advice and get out. It’s better to be single than sad. 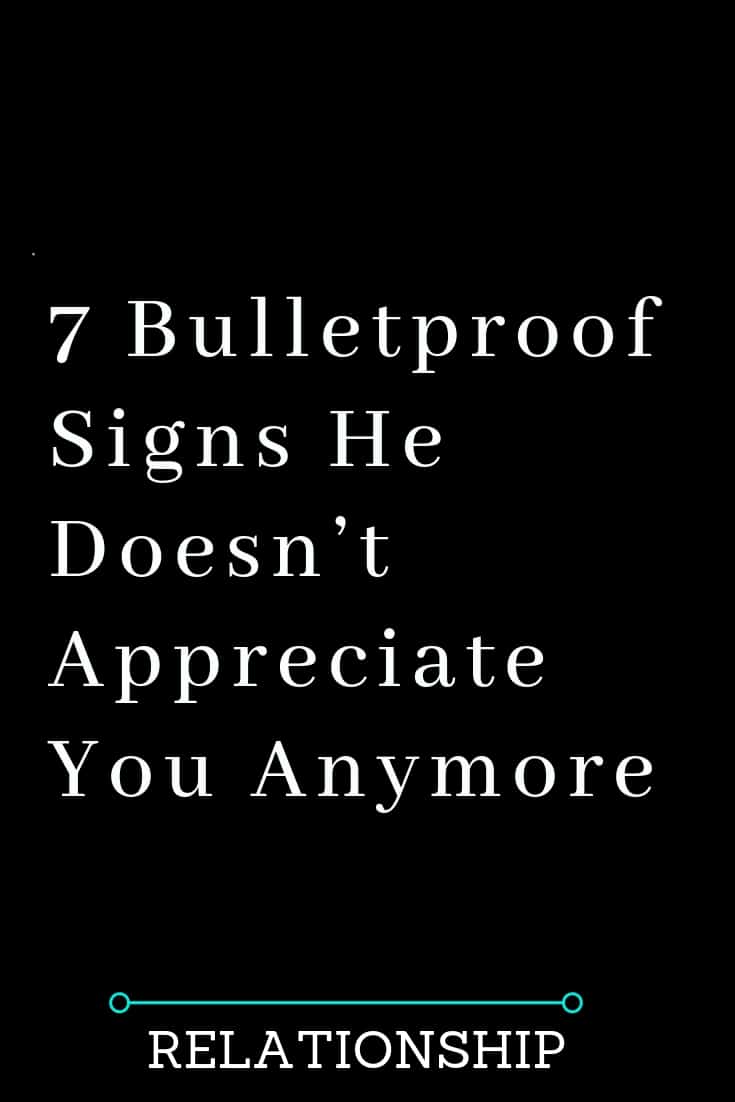 This Is How Each Zodiac Sign Will Fall In Love