6 Things Guys Do That Seem Shady But Are Truly Harmless

It’s easy to become overly suspicious or even paranoid these days. We are used to guys who are shady AF. So we search for red flags even when there aren’t any.

We see signs of cheating at every corner. Sadly, our bad experiences or the experiences of the people around us have taught us to think like that.

More often than not, we jump the gun. We come to conclusions based on actions that can often be misleading. We sabotage our relationships because we are scared we will be cheated on so we see threats everywhere.

These are the things guys do that seem shady but are truly harmless:

1. It takes him a long time to answer a text

You will automatically start creating different scenarios. Is he with some other woman? What is he up to? Has he lost interest? Thoughts will rumble through your head.

While in reality, he could just be sleeping. Think about it, guys have this tendency to fall asleep faster than you can count to three. If you know he is like that, there is no need to worry.

Also, not getting an immediate response might signify that he actually works for a living or has friends and family he talks to, so don’t give it too much thought.

2. Sometimes he covers his phone

This is usually a bad sign and not good at all if it happens all the time. But if it’s just sometimes, odds are he is watching something embarrassing and he is too ashamed to show you.

Also, he might be in the middle of a private conversation with one of his guy friends and he doesn’t want to share that friend’s business with you.

Even though this looks pretty bad, don’t overreact unless you believe you have a reason to. There is a huge difference between things that happen all the time and just sometimes.

3. You always hang out at your place and never at his

Of course, your instincts are telling you that there is some shady business going on there. But it usually isn’t as shady as you think.

If you have been dating for a brief while, he is probably too embarrassed to say that he lives with his mother or a bunch of roommates because he can’t afford his own place or that he is messy as hell.

These are all highly embarrassing things for a man to admit. So, after you think that enough time has passed, openly ask him to tell you why you have never seen his place.

4. He spends a lot of time hanging out with his friends

Maybe even more than he does with you. But is there really something to worry about there? He has known them longer than he has known you, he values them and he is probably very social.

The only thing you should worry about is if he cancels on you last minute or if he ditches a date because he has something better to do with his friends.

That kind of behavior should never be tolerated. You should be at the top, not at the bottom, of his priority list. Don’t let him string you along.

5. He hasn’t introduced you to ‘his people’

If he spends a lot of his time with his friends and you don’t know them yet, that doesn’t have to set alarm bells ringing. Ask yourself if you’ve been dating long enough to get to the phase of introductions.

The same goes for his family members; maybe he believes that the relationship is still in its beginning stages and he thinks it’s too soon. Also, he might not have a good relationship with his family and doesn’t want to get you involved

But if enough time passes and he has not introduced you to his people, whether we’re talking about his friends or family, it’s time to talk to him because something is off and if he isn’t cheating, he just might not be ready for a serious relationship.

6. He never sleeps over at your place

If all other aspects of your relationship are functioning, this is nothing to worry about. If you just had sex, cuddled a little and he says he is going home to sleep, odds are he probably is.

Men are very practical and they will go to sleep in their own bed because they are used to it or because it’s more convenient for them to get to work. If you were to do the same it wouldn’t hurt them so they don’t see what all the fuss is about.

If you immediately start to think that he just replaced your bed with some other woman’s bed, you are probably wrong.

Even though most men like to brag about how many times they can have sex in one night, it’s just pure words. Anything more than once is usually too much for them.

All in all, think before you react. Nobody’s perfect and all of us have some behaviors that might look shady at first but are harmless in their essence.

Openly talk to him and see what his deal is. Don’t attack him for cheating or not being into you if you don’t know the whole story.

Good and decent guys out there shouldn’t pay for the sins of all the liars and cheaters of the world. 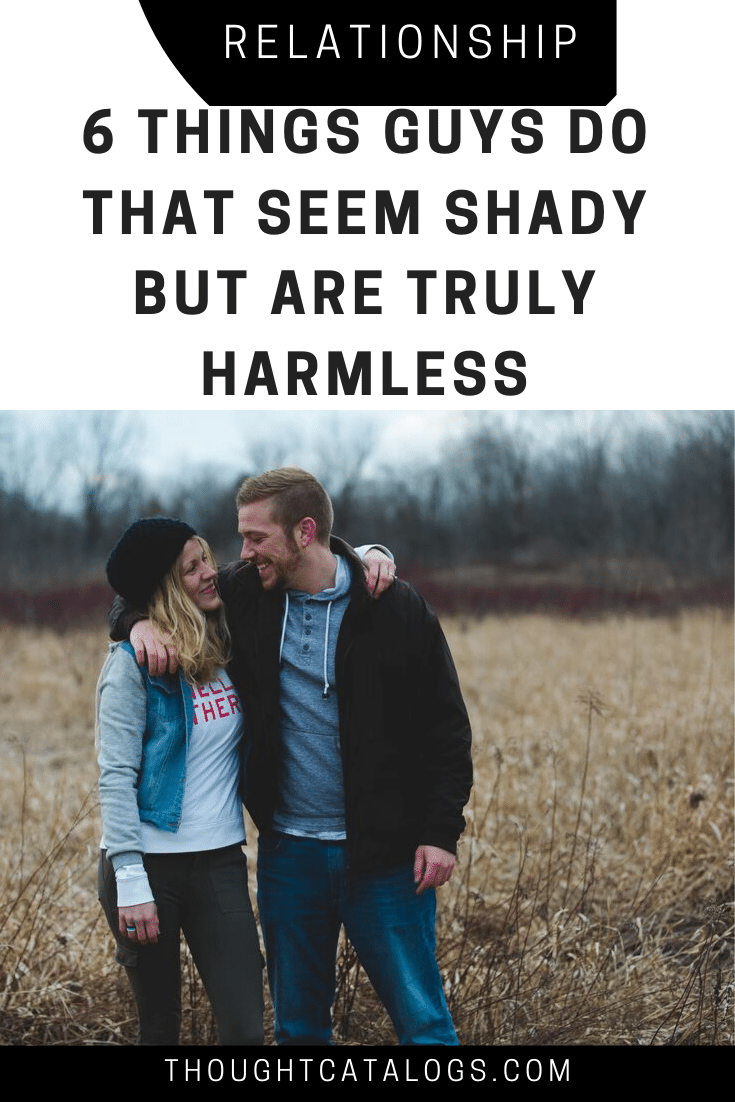 Click Here To Discover What Men Secretly Want, But They Could Never Tell You. TAURUS HOROSCOPES You cannot always think about your personal issues but you...

This 2021 One-Sentence Reminder You Need To Hear Right Now, According To Your Zodiac Sign

In my 28 years and a lot of dating, I have never had a serious relationship. Somehow I always ended up being something in...

HOW MERCURY RETROGRADE WILL AFFECT EACH ZODIAC SIGN IN 2020

The winter retrograde starts February 16 and goes on until March 9. Mercury is a planet of timing, communication, and thinking, and these are...

Not everyone is a cheater.  At the beginning of every relationship, everyone doubts everyone. Let’s face it, you haven’t really had the chance to get to...
𝐓𝐡𝐞 𝐭𝐡𝐨𝐮𝐠𝐡𝐭 𝐜𝐚𝐭𝐚𝐥𝐨𝐠𝐬 is an Educational & Entertainment Platform theme. Our Team Publishes 100+ Content On Weekend/Monthly. We will motivate the needs of any person & make them inspire instantly You, Will, admit Once You Begin Your Journey With Us. The Thought Catalogs platform is a perfect choice.
© Copyright © 2022 - All Rights Reserved | TheThoughtCatalogs.