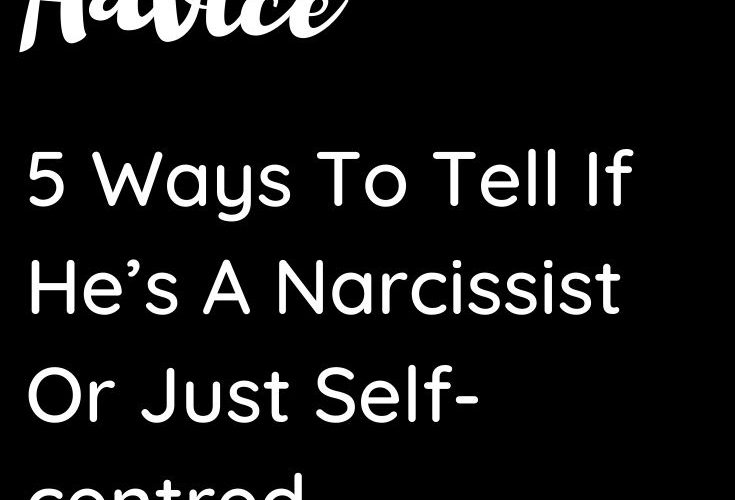 Usually, being a narcissist and being selfish and self-centred are considered to be the same thing. In practice, both of these terms are usually used to describe someone who is obsessed with themselves and who loves themselves too much. But these two things are actually quite different.

Even though these differences are not so obvious at first glance, they are pretty much real and existent. The fact is that narcissism is a personality disorder, while being self-absorbed is a personality trait, and here are the ways in which these two terms differ.

If your boyfriend is selfish, he will always puts his needs and desires first. The truth is that he will look after himself, but contrary to a narcissist, he will have the ability of sharing your happiness or sadness. He will feel bad when he hurts your feelings, and he won’t ignore your emotions completely.

On the other hand, a narcissist doesn’t care about the way anyone around him feels because he lacks empathy. A narcissist lacks understanding for other people’s feelings, and he can never even pretend to be an empath.

What is common for both narcissistic and self-centred people is that they both crave attention and approval from others.

But there is a huge difference between ways in which they do this and the degree to which they seek attention. If your boyfriend is self-centred, he’ll use every possible opportunity to talk about himself and be under the spotlight. But he’ll still be able to devote his time and attention to you, when it’s needed.

On the other hand, a narcissist will never listen to anything you have to say. Instead, he will always look for an opportunity to talk about himself, clearly showing you that whatever is happening to him is far more important than whatever you are going through.

From someone else’s point of view, narcissists don’t have moral values. Actually, they have their own standards and distorted values which they think are right.

They don’t follow social norms, and in this case, this is not a good thing. He has a hard time distinguishing good from bad, and there is almost nothing he wouldn’t for his own benefit.

On the other hand, a self-centred person doesn’t have any trouble with moral values. They have some values they follow and don’t feel like life rules don’t apply to them.

If the man next to you is narcissistic, he will treat you like he is above you but as if he is in the same way dependent on you. And that is exactly how he feels.

He feels like you are beneath him, but at the same time, he can’t live without your admiration. Yes, you are his victim, but he is the one who needs you and the one who depends on you.

Contrary to this, self-centred people don’t look at the world like this. Instead, they are usually self-sufficient, and they don’t consider it to be the end of the world if they don’t have someone’s approval.

Another huge difference between a narcissist and a self-centred person is in the level of their self-awareness and self-consciousness about their words, actions and behavior.

To put things simply–a narcissist will never admit or accept that he is a narcissist. He is never aware that his actions aren’t right, and he thinks he is entitled to break all moral norms and rules just because he is better than everyone else. A narcissist doesn’t have a conscience, runs away from responsibility and always thinks he is right, no matter what he said or did.

On the other hand, a self-centred person usually knows that being selfish is not a valued human quality, and they recognize it as their personality trait. Selfish people are different than narcissists because of their self-awareness. Sometimes they feel guilty for their selfishness and try to work on it. 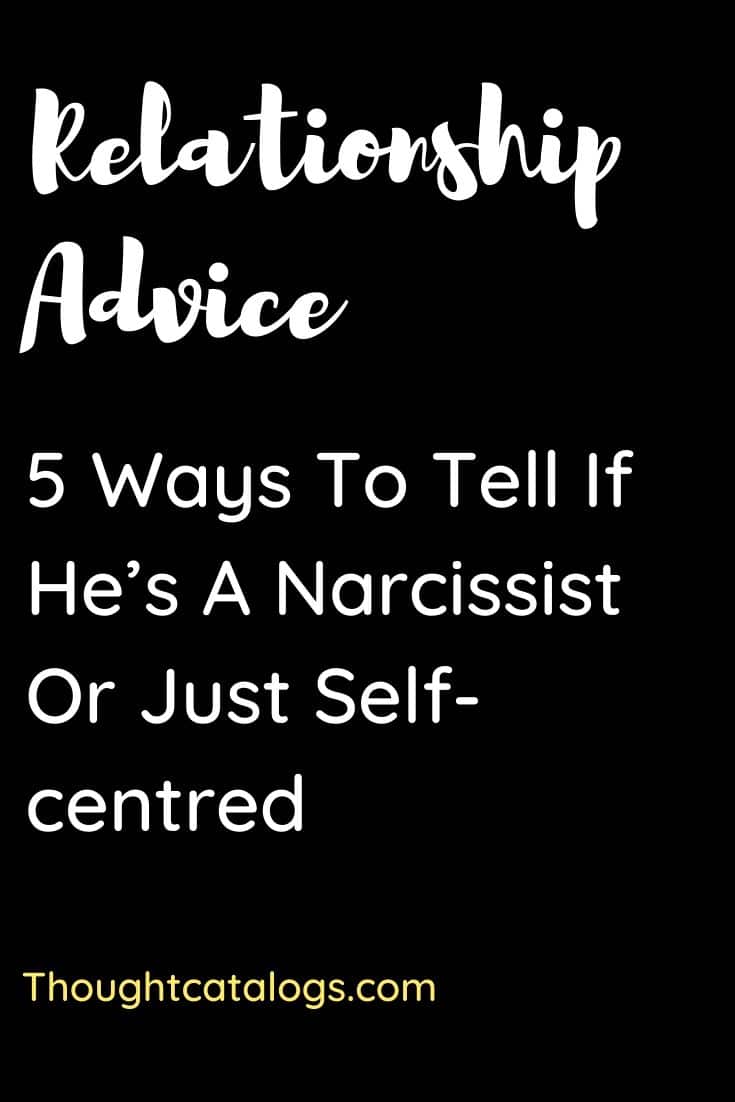