He always checks your phone or leans in to see who’s calling you or who sent you that text. He always checks up on your online status and wants to know who you are communicating with besides him. He wants to know your every move and reason for doing anything in life. These are all red flags that your partner is controlling and manipulative.
When you are in a healthy relationship built on mutual trust and respect, you have no necessity to check your partner’s phone. You have no need to trace their every move or question their behavior.

How to deal with it: Talk to your partner openly. Tell him he should trust you as much as you trust him and there is no need for checking anybody’s phone or your whereabouts that day. Tell him how you feel when he constantly checks up on you. This behavior is usually accompanied by enormous jealousy and if that is the case, you won’t find your happiness with him.

Everything you are and everything you do is good but not good enough. He pushes you to do better, to be better and to change but he does not accept you for who you are. He wants you to become the picture he has of you in his head and that’s not realistic or healthy. Nobody is perfect.

How to deal with it: Tell him how his behavior is hurting you. You accepted him the way he is so he should be able to do the same. You are your own woman with an already established personality and you shouldn’t even try to change to fit his ideals. Even if you reach those ideals, he will find something else that isn’t good enough. If after talking to him he doesn’t change, you should leave because the only one who isn’t good enough in this story is him.

You hardly ever order for yourself as he knows what you should eat or drink. He has a say in everything actually. He imposes decisions on every aspect of your life as if it’s his own. He tries to camouflage it by saying he knows you best and he only has your best interests at heart but you are his girlfriend and not his child—there is no need for him to make any decision on your behalf. If you are still determined to work on your relationship and try to regain some balance, check Learn the secret of dealing with the relationship control freak

How to deal with it: Tell him that his behavior is bothering you and even if his intentions are right, he is doing it all wrong. You are able to speak for yourself and you are able to make your own decisions without any interference from him. Of course, you can consult him, especially if a decision affects both of you but you have to be the one making the decisions, big or small, that affect your life.

4. He always blames you.

Somehow every time you fight you are the one apologizing and taking all the blame. He manipulates you in a way that makes you question your sanity. He twists your words and your thoughts. He is making you feel like a puppet on a string that’s under his command.

How to deal with it: Two people in a relationship should be equal. It’s impossible that he never did anything wrong. Neither of you is perfect and you should be able to solve your differences and rise above them. But when you are dealing with a manipulative control freak, there is no equality and him blaming you for everything only evolves to deeper problems in the future. The best thing to do here is to leave before it’s too late.

5. He doesn’t want to share you with other people.

He is showering you with attention, you have so much TLC and passion with him that it’s even too much. He wants all your time and attention but he is slowly alienating you from the other important people in your life. Your friends and family always complain how they are seeing less of you and that you have become distant. Also, you have put all your interests aside because he is taking up too much of your time.

How to deal with it: Don’t distance yourself from the people who mean the world to you—you will end up regretting it. Understand that his behavior isn’t normal. Try to explain that just because there are other people in your life that you care about that it doesn’t make you care for him any less. If he is unwilling to work on his insecurities, the best thing you can do is leave him. 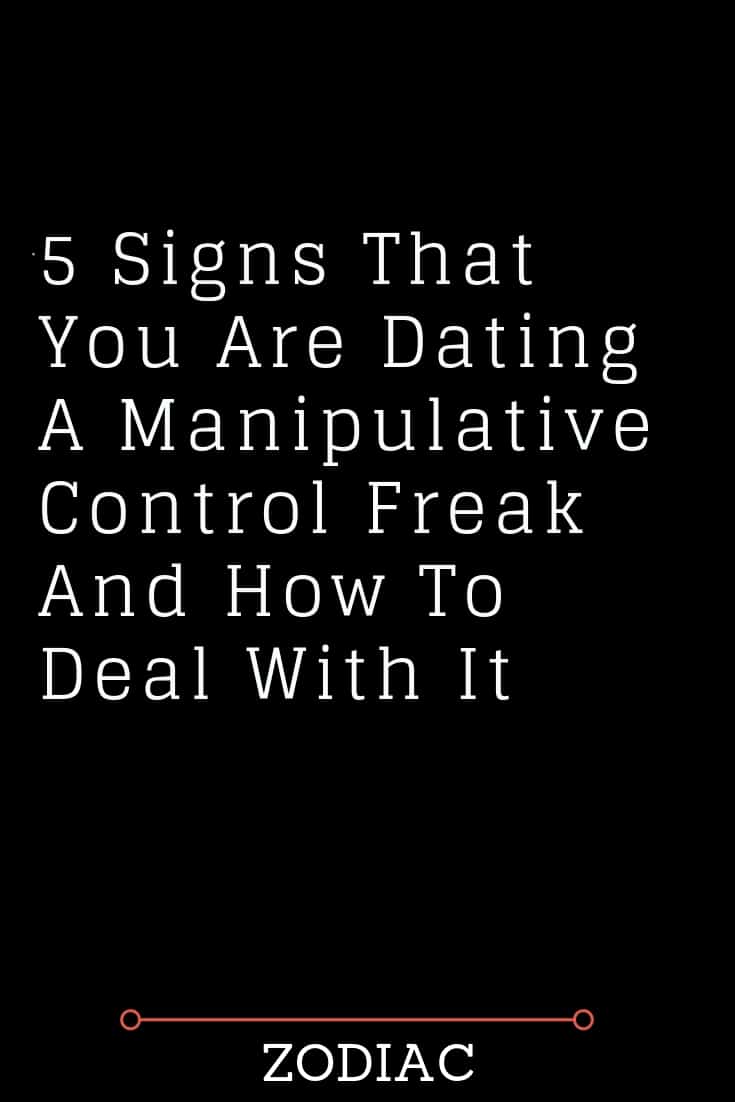 10 Things You Should Know About Girls With Anxiety