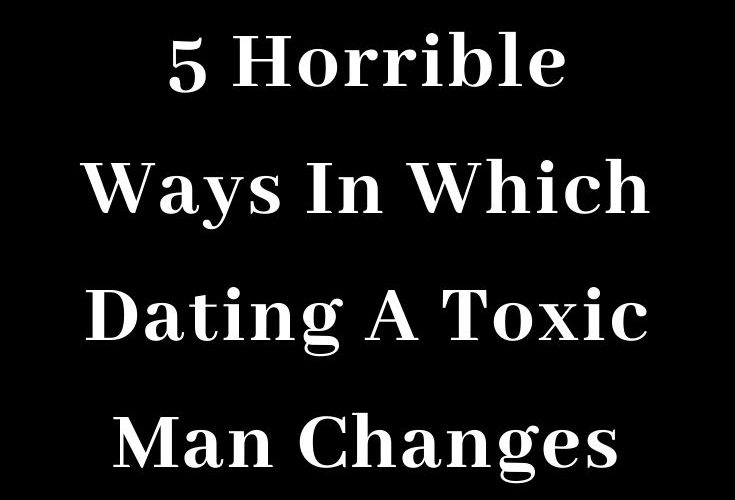 5 Horrible Ways In Which Dating A Toxic Man Changes You

You always hear warnings about how dating a toxic guy can harm your self-esteem, but that is not all it can do.

Unknowingly, you morph into a different person. When dating a guy of that kind, his behavioral patterns can somehow rub off on you, and whether you like it or not, you can actually mimic his behavior without even realizing it.

I know it for a fact because it happened to me. I was a totally different kind of person before I started dating a toxic dude. I was kind, appreciative and always there for my friends, but over time, I started to realize how much his behavior had affected mine and how much I had  changed for the worse.

I really didn’t like the person I had become, and as soon as I started being aware of it, I made some changes in my life, after breaking it off with him. These are all the ways in which dating a toxic man changed me for the worse, hoping you won’t let it happen to you.

As if having low self-esteem wasn’t bad enough, he made me feel so insecure of myself. It’s the worst feeling when you can’t seem to trust yourself. And the only reason for that was the constant stream of lies he kept feeding me daily. He made me question my sound mind, and I actually thought I was going mad for awhile.

It was insane. I was never sure of anything, and I always expected the other shoe to drop. That was due to his excessive moodiness and the fact that he left me stranded SO many times. Even on date nights, I was always left wondering if he would actually show up or bail on me—which he did a lot, as he didn’t even have the common courtesy of telling me he wouldn’t make it. I was insanely anxious and had no peace of mind, ever.

I hated this the most! He was the selfish one, but I somehow fell into his patterns and wasn’t there when my friends needed me. I was always making sure I was there for him, and the result was that I completely neglected my friends and other people I cherish so much.

I was always complaining about how tired, frustrated and neglected I felt, so that I forgot to give them a chance to vent to me. Toxic men can be SO needy, and I guess it kind of rubbed off on me as well. I forgot to be a good friend, but luckily, I came to my senses.

4. I lost focus of things that mattered to me

When you are in a relationship with a toxic man, all your attention is on him and pleasing his every need, making sure that he’s covered in every possible way. I always came second. Things that I loved doing before meeting him got sidelined. My LIFE became low-priority. I lost track of things that were important to me, due to his selfishness and self-centeredness. Never let that happen to you. Learn from my mistakes.

5. It made me physically ill

I was so stressed at all times that it started to take a toll on my physical health. I had never been sick. I rarely had had any health concerns, so when I started having inexplicable headaches, stomach pains and just feeling dizzy for no apparent reason—all while dating my toxic BF—it all started to make sense. My mental health suffered so much from being exposed to his bullshit on a daily basis that it started being reflected on my physical health. I was not having it anymore, and that guy was out of my life as soon as I started realizing these things.

He was seriously not worth any of these hardships, and if I could turn back time, I would choose never meeting him in the first place. Nothing good could have come out of dating his sorry ass and thank God I came to my senses. Now I feel more equipped to date a normal dude, and mentally, I have never been better. I am thriving and have zero tolerance for any toxic dudes that might come my way. I am finally done with that. 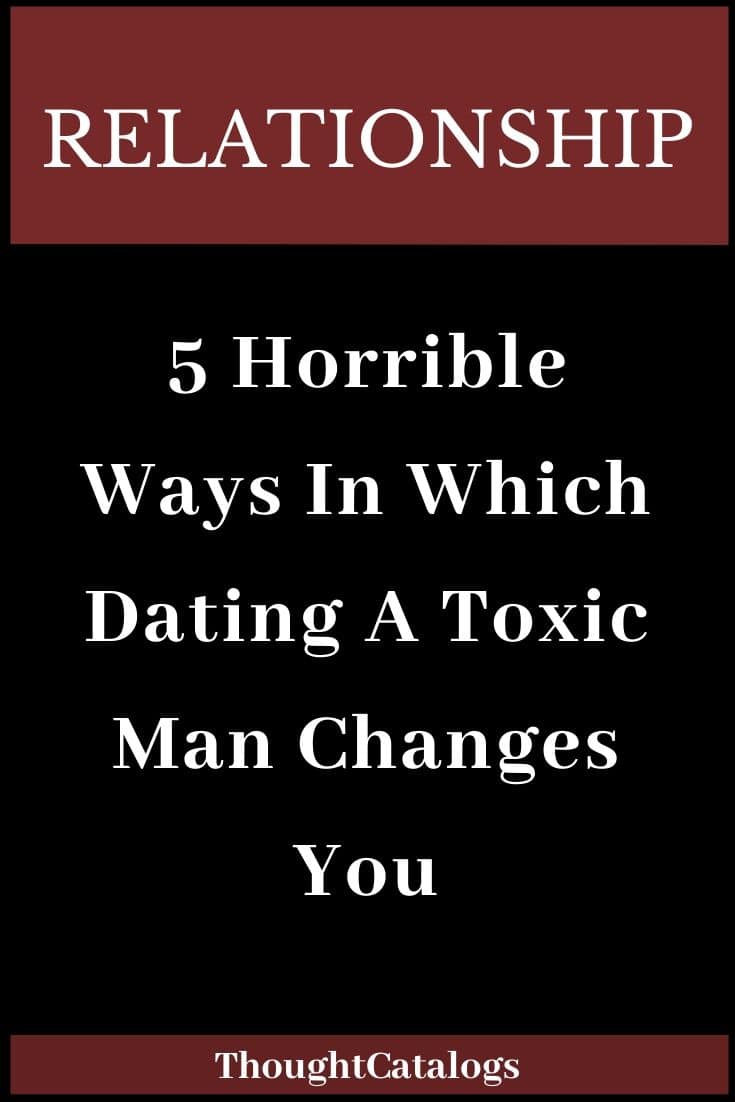