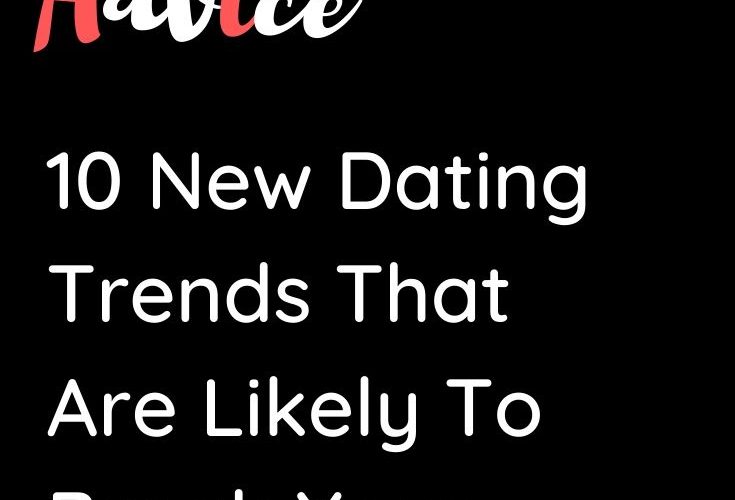 Every now and then, new dating patterns become completely normal.

You’re probably used to almost relationships in which you don’t know where you stand, on random hookups, on people who date multiple people at the same time without considering it to be cheating, on guys sleeping with you and never calling you back and so on.

Sadly, each one of these things has become socially acceptable at some point and is now considered to be a part of the dating game.

Well, I have some bad news for you because this year brings some new dating trends which will probably break your heart and here are the most popular ones:

Out of all new trends in dating, this one might be classified as the worst. The name was inspired by the character of Ebenezer Scrooge from ‘A Christmas Carol’, a novel by Charles Dickens.

To say the least, Ebenezer is cheap and does everything in his power not to spend any money on the holidays.

Therefore, scrooging is when a guy dumps you right before the holidays or when an important date is approaching.

It doesn’t matter whether we’re talking about Christmas, New Year’s, your birthday or Valentine’s Day—the bottom line is the same; he disappears right before it.

It is also irrelevant if you two had plans for this holiday as well as how serious your relationship was up until then; when a guy decides to scrooge you, he will do whatever it takes to just not spend any of his money on the present he is expected to buy you.

Nevertheless, he’ll never tell you the real reason for the end of your romance.

Instead, he will probably pick a fight and do something so you two would end things and then try to come back to you once the holidays are over.

Have you ever been in a situation where you get all dressed up, put your full make-up on, pay a visit to a hairdresser and put all of your effort into just looking your best, thinking that you’ll meet your guy, the way you agreed, but he ends up standing you up?

In a situation where you fall asleep in your best outfit, with your phone in your hand, waiting for him to call you to tell you he’s come to pick you up but you wake up the next morning without any sign of him?

Well, if you have, you’re already familiar with the term glamboozling—you just didn’t know it was called this.

Of course, everyone can have an emergency and there is a possibility that this is why the guy really couldn’t pick you up but the point here is that he left you hanging without any explanation whatsoever.

The good news is that fleabagging is not something you can expect men do to you. However, the bad news is that this is a trend you yourself will probably engage in.

Actually, if you have followed your toxic dating patterns up to this day, you’ll probably notice that you’ve been fleabagging for a while now.

This is actually a habit of dating men who are clearly not right for you.

You meet a guy and deep down, you know he will hurt you and that he is wrong for you from day one but despite that, you decide to ignore your intuition and give it a shot.

You might have a thing for serial cheaters, for emotionally unavailable men or for narcissists who are likely to make your life a living hell.

Either way, the point is that you have a certain type of men you’re incredibly drawn to, even though you’re perfectly aware of what will be the outcome of your relationship with them.

Well, catfishing has been around ever since the Internet existed. However, dating experts claim that, sadly, it appears that it’s back in fashion.

When you’re being catfished, you’re deceived and lied to by a man who pretends to be someone he is not.

This usually happens on dating apps, where people make up their entire life story and even use photos that are not theirs just to get under your skin.

Nevertheless, you can also be catfished in person as well. In this scenario, you’ve seen how this guy looks so he cannot lie about that but what he can do is give you a fake name, phone number and all other information.

What’s the worst thing about all of this is that in the end, when you find out that he is just an imposter, you feel like you’ve fallen for someone who actually doesn’t exist.

Ghosting is another trend which has gained popularity in the last few years and will continue doing so in 2020. It happens when your romantic partner vanishes from your life, just like that, as if he is a ghost.

Everything seems to be in perfect order one day but he disappears the very next, leaving you wondering what happened. You don’t get an explanation and you don’t hear a word from this man ever again.

So besides being heartbroken by the loss of someone you liked or even cared for deeply, you’re also seeking closure which you’ll never get.

You can’t help but wonder what went wrong and if you did something that made him walk away from you like this.

Ghosting is characteristic of a weak man who is too much of a coward to actually break up with you.

This guy wasn’t man enough to talk to you face-to-face, so he chose to end things this way, without ever worrying about the consequences his actions might leave on you.

In the old days, cushioning would be called plain cheating.

However, today, when nobody is exclusive and when almost no relationships are labeled, cushioning is a term for when someone doesn’t break off a relationship until they’re certain that they’ve found someone else they can go to.

If a guy is cushioning you, he is examining his options; is it better for him to stay with you or to move on to the next relationship which serves him as a backup plan?

To put things simply—a man like this will never let you go or leave you until he sees that he has somewhere to go.

You know how Kanye West is famous as someone who constantly brags and talks about himself, besides being a successful artist?

Well, if you meet a guy who is a selfish egocentric and doesn’t let you finish your sentences without him doing it for you, he’s Kanyeing you.

I’m talking about men who are not interested in anything you have to say.

They don’t have any intention of getting to know you better—they just see you as an audience who will hear them out and if possible, to applaud them later.

At first, when you meet a guy like this, you’re fascinated and glad that you’re finally with a man who is confident enough to talk about himself.

However, over time, you see he’ll never be completely in love with you—because he is already head over heels for himself.

So, most of us have a type of person we usually like, date and end up in a relationship with, sometimes even without being aware of it.

However, this one is different; here, people rule you out based on the zodiac sign you belong to.

It is one thing if you believe in horoscopes but it is completely different if you allow it to control your life completely.

And this is exactly what zodiac casting is all about—finding a partner whose planets’ positions are in sync with yours and not giving a chance to anyone whose zodiac sign isn’t compatible with yours.

Sounds silly, I know. However, this and casting people based on their personality type really are new trends in dating.

Besides being hurtful, Jekylling is also when a man is misogynistic and chauvinistic. And the worst part is that most women have been through it at one point in their lives.

You know how a guy gives you a bunch of compliments when he’s trying to court you? How he pretends to be better than he actually is until you give him a chance?

Well, despite a certain man’s best efforts, you still have the full right to turn him down and tell him you’re not interested.

Nevertheless, instead of accepting your negative response as a gentleman and back off, a guy who is prone to Jekylling will show you his true colors after you tell him no.

He will start calling you names, tell you that you’re missing out on a catch or even try to convince you that you’re not meant to be loved and that you’ll never find someone like him.

You obviously crushed his ego to the point that he thinks the only way to fix it is to insult you.

I’m sure you’ve watched (or at least heard of) the famous episode of the TV show ‘Friends’, when Rachel and Ross argue about whether he had the right to date other women while they were on a break.

Well, even though this was funny and unusual back in the days, now it has become completely normal.

Rossing happens when you’re in a fight with your boyfriend and he goes around hooking up with other girls but refuses to classify it as cheating because according to him, you two weren’t officially together (even though an actual break-up never took place).

So now you don’t only have to deal with the pain of being replaced so quickly but you also have to waste your energy on fighting with him and trying to explain that he made a mistake. 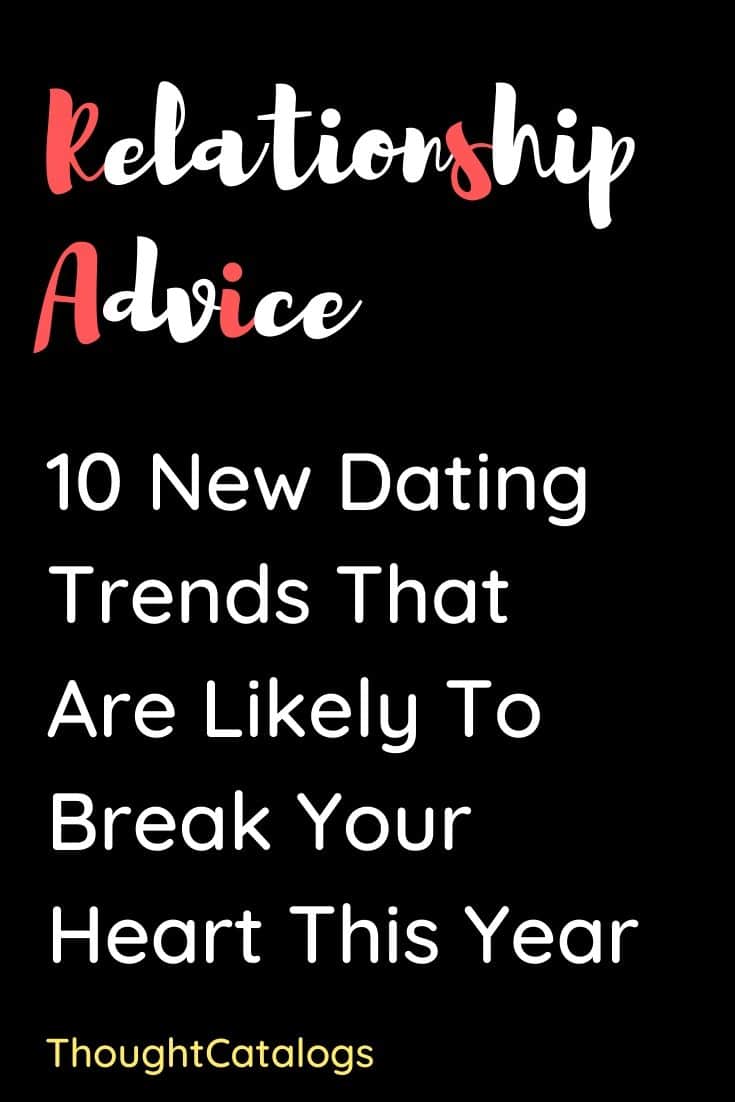