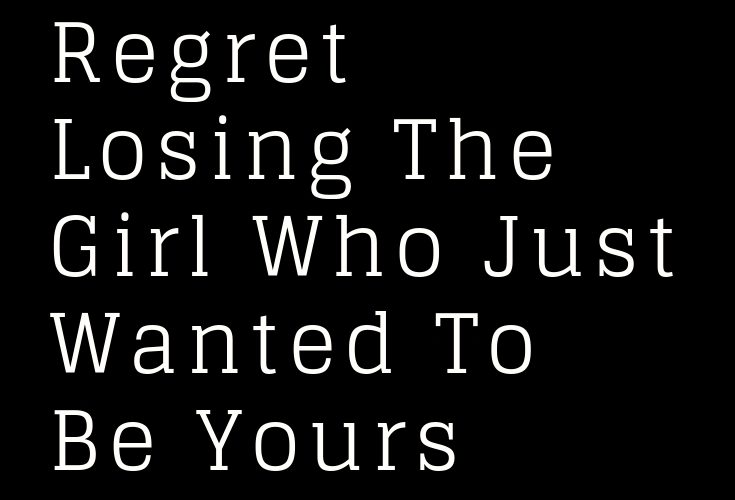 I know that you think that you won’t miss her because you enjoy your single life now, but there will come a day when you will wish she was there. It will hit you when you least expect it and you won’t be able to do anything about it because she will be happy with someone who chose her for good.

One day, you will regret losing a girl who wanted to be yours.

You will wish that she was there to listen to you and to tell you that even if things are not shiny right now, they will change for the better. You will miss her shy smile when you kiss her and her stepping on your toes, so she could hug you and give you the warmest kiss ever. After you spend time with so many girls in your life, you will realize that she was the right one, the one who would turn her world upside down because of you. And when that day comes, you won’t be able to do anything about it. You will just be able to watch her from a distance, enjoying her life with the man who knew to cherish her.

And you will want to be in his place so badly.

But you won’t have a chance to do that because she put a full stop on her life with you. After she gave you her heart and you stepped on it like it was nothing, she swore that she will get over you. Don’t think that it was easy for her to give up on the only man she had ever loved but staying with you and getting the crumbs from your table hurt her more than walking away from you.

She left because she didn’t have anything to hold on to.

She left because she had damn good reasons for that. She couldn’t stand begging you for love. She tried so hard to open your eyes, but you refused to open them, thinking that she will always be there. You took her for granted and look what you did now. You lost a girl who actually wanted to be yours. You lost a girl who put all her hopes in your love, thinking that time will change you and that you will finally give her the love she craved so much.

She just wanted you to fight for her but you couldn’t even do that.

The day she said she was leaving was the happiest day for you while she pretended that she was strong, but the moment she turned her back to you, she started crying, begging God for you to call her name, to tell her to stay. She wanted to hear that you need her and that you can’t imagine life without her. But the only thing she could hear was silence. A silence so sharp that it stabbed her heart many times over and over again.

The day you said you don’t need her was the day she died.

She died inside and all her emotions went numb. She couldn’t feel anymore and she only had the blunt look, hoping that you will change your mind. She hoped that you will call her so she stared at the empty screen for days. But that was only what she got — an empty screen and a lot of pain in her heart. She couldn’t believe that you gave up on love so easily, not even wanting to try. She didn’t ask you to give her the moon and the stars, she just wanted a warm hug and a word of comfort when she was sad.

She wanted your love but all she got was agony and a broken heart.

She spent so many days thinking what she did wrong. She asked so many questions but couldn’t find answers. So she finally gave up. She gave up on you because you gave up on her a long time ago. Now, she is not the same woman anymore because she learned the life lesson in the toughest way that exists.

So she moved on.

She moved on because she realized that she can’t stay in the same place and think that things will get change. She knew she had to do something with her life in order to heal again.

And if you see her right now, I bet you wouldn’t recognize her. She is a strong woman now, one who doesn’t open up to people so easily. She doesn’t get attached easily and now she asks for proof of love before she gives it to someone.

While she is happy now, you are the same piece of shit. You didn’t know to cherish the girl who loved you more than herself. You managed to lose the most precious thing in your life, and now you feel sorry about that. After so much time you realized that she was actually the diamond in the rough, a woman to love and be your best friend. She tried to save you from yourself but she couldn’t. So, don’t hate her for giving up on you because that doesn’t make her weak. That just means that she was too strong for too long. She didn’t walk away, you let her go. And you deserve that the memory of her haunts you until the end of your life.

And now when she is happy, let her live. Don’t try anything again because you know that you will never be able to give her what she really needs. Let her be happy in another man’s arms, even you know that she deserves a better man than you. 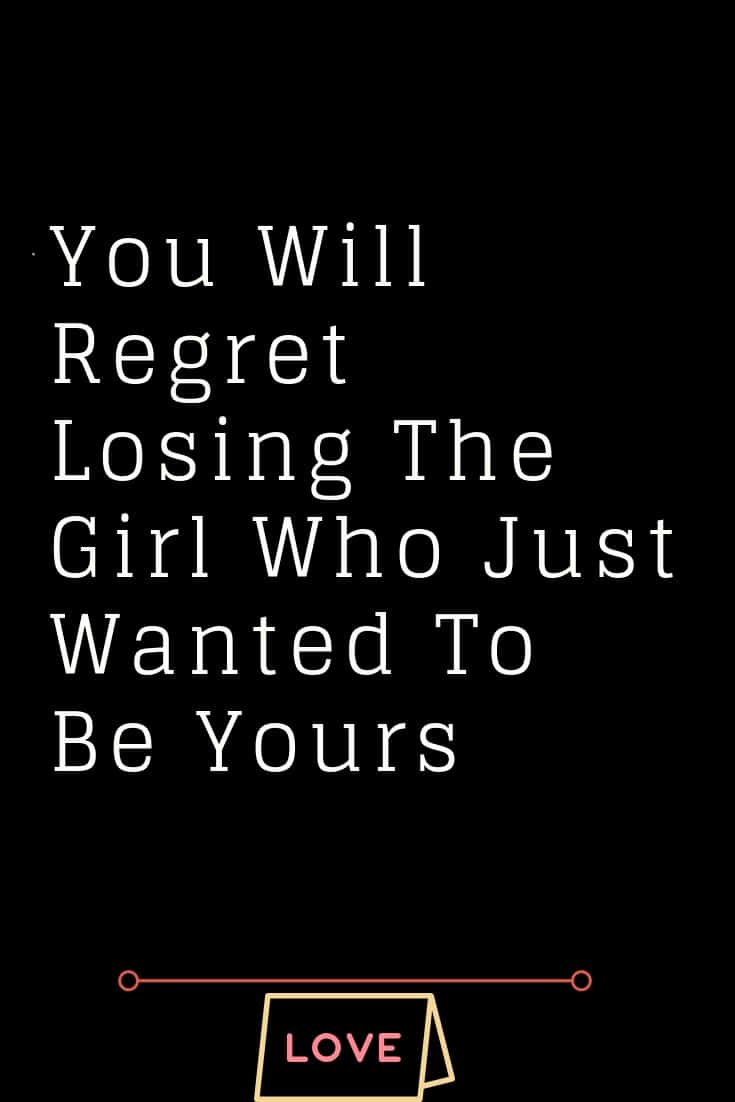