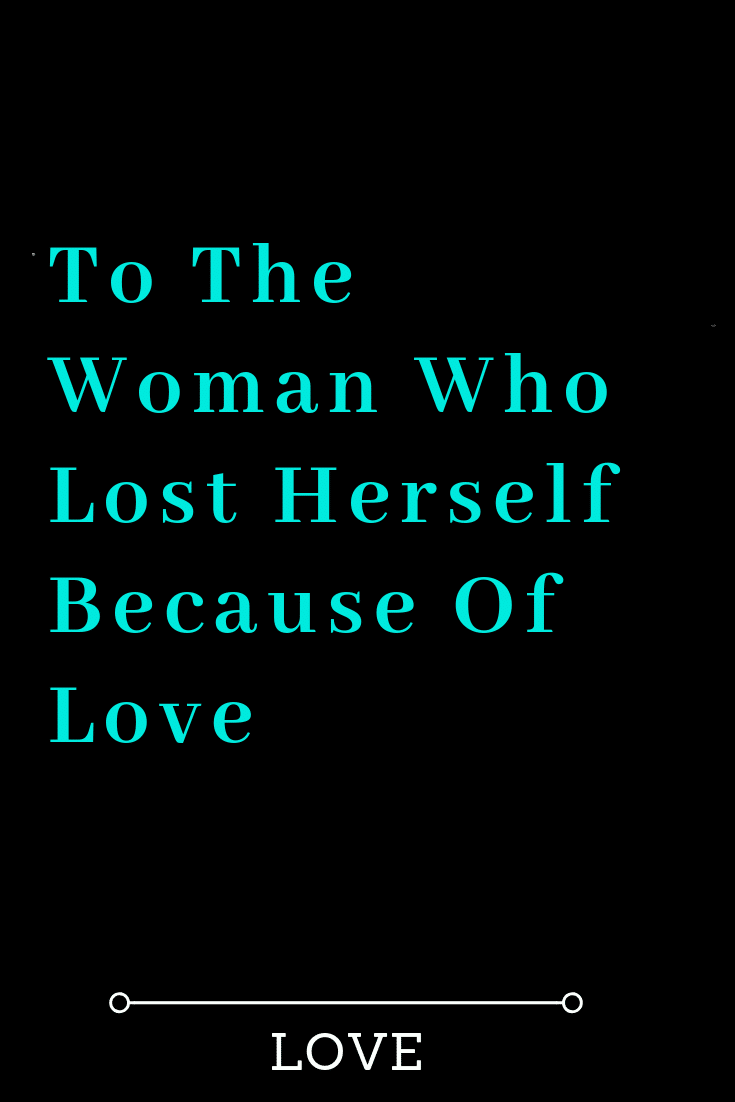 You fell for him. Hard. The way you only fall for the one.

He was the first man you could relax with. The one you could be yourself with. He supported you in your decisions. He told you how beautiful you were. He made you feel like you were on cloud nine with just one kiss.

He was always there when you needed him, convincing you he was your safe haven, your person.

After you saw that you had never been happier with anyone else, you decided to give him your heart, your body and your soul. You thought he was your happily ever after. You were so crazy in love that you didn’t see all the red flag signs.

You didn’t see that all his hugs, while you were in company, were there to take you away from your friends. You didn’t see that his kisses were just the way he showed others that he was the one who owned you, so they wouldn’t hit on you.

By telling you that he would always be there, he was trying to say that you didn’t need anyone else but him. By doing all that he could to make you happy, he was just trying to make you fall into his trap.

The one you could barely get out of. He did it all to make you addicted to him. And that was what happened. You fell in love with him, thinking that there was no man who could make you feel happy besides him.

You trusted him blindly. You couldn’t stand being without him. He was like the air you needed to live. He was like a drug you had to take to remain sane.

Soon, he started being the only person who could calm you down, telling you lies that he loved you and that he would never cheat on you. Only when you showed that you couldn’t live without him did the real game begin.

He was having fun playing with your mind, flirting with any girl who would show up. He was neglecting you but somehow you would always forgive him and end up in his bed. He was such a good actor. He knew what to say to get into your heart and into your mind. He brainwashed you.

Your gut was telling you that something was off but you didn’t trust it. You thought it would pass. But it didn’t. You totally lost yourself over a man who didn’t give a damn about you. You lost yourself for what he called love. But it was anything but love. It was abuse, treating you badly and neglect.

It was mind-fucking. But you didn’t want to give up on him. You thought that he would change. But he never did. It just got worse. Day by day he tried a new game with you, trying to see how much you could endure.

While you were begging for the love you desperately needed, he was laughing in your face. He had the face of a devil. The one who enjoyed your pain over and over again.

He did everything that a man can do to a woman to hurt her. You wanted so badly to escape but every time you would leave him, he would come up with some stupid excuses and you would go back. He was your weak spot and you wanted that to change.

When you realized that you had nobody except him, you started thinking about your future. You didn’t want to live like that for the rest of your life. You didn’t want to suffer and beg for love and attention. You wanted to feel like any other girl who was happy in love.

You knew that with him, you would never get what you wanted so you decide to move on. Only God knows how hard it was for you to leave the one who was everything to you. But you knew that was something you had to do to save yourself from a lousy life.

But that is all behind you.

Now you are there, sitting in your room and looking through the window. You can’t remember when the last time was that you felt so calm and satisfied. There isn’t him to abuse you anymore.

You are alone and you can finally breathe. Even the rain that falls down your windows looks nice now. You feel so good in your skin, happy for escaping the claws of a monster.

Because it will be love. The unconditional one.

The Reason Why You Can’t Let Go, Based On Your Zodiac Sign

January Brings Powerful Astrological Events For A Strong Start Of 2020

This Is How You’ll Find The Love You Need In 2020, based on Your Zodiac Sign

ONE-SIDED LOVE IS NOT WHAT YOU DESERVE

ThoughtCatalogs - May 25, 2019 0
“…unrequited love does not die; it’s only beaten down to a secret place where it hides, curled and wounded. For some unfortunates, it turns...