How cool would it be if we could put the blame for our mistakes on somebody else and move along with our life normally? Wouldn’t it be much easier to say, “Charles did it!” and all the guilt would just disappear? There are people out there who function this way.

There are people who are unable to feel the guilt because they just throw the ball to somebody else and whatever happened has nothing to do with them. To make themselves feel better, they bring down everybody else, blaming others for their own mistakes.

On the other hand, there are people who are not strong enough to resist this kind of emotional abuse and they take everything as if it was their own—every mistake, every setback and what not—they own it even though they shouldn’t.

Eventually, they end up broken and in fact, this world is to be blamed for what happened to them.

Before you take the blame on yourself, before you bring yourself down so others could function, consider these four facts:

1. You are nobody’s dumping ground.

No matter how important you think people around you are or how much they mean to you, you shouldn’t be the constant victim. It is OK to help somebody in need, but it is not OK to constantly be blamed for somebody else’s mistakes.

The ultimate result of you doing that to yourself will be devastated self-esteem and I highly doubt that’s what you want.

Yes, it sounds pretty much like Jessie J’s song, but she has a point. Humans make mistakes—it’s part of our job descriptions. You should let others take their mistakes and own them as you should do to yours as well.

To err is human, to forgive divine. If we could accept our mistakes instead of transferring them to somebody else, the world would have much fewer broken people in it.

3. It takes two to dance the tango – same goes for a fight.

In case there is a shitty situation between you and somebody else, it’s highly unlikely that you’re the only one to blame so you shouldn’t be the only one that people will point fingers at.

Take a fair share of the blame, but don’t beat yourself down by taking the full weight on your shoulders. If you do, the other person will forever have power over you. That’s not fair either.

4. You are not to blame for everything.

Your parents might’ve blamed you, you were the black sheep of your friendship cycle or what not, but that’s just how people function. It doesn’t mean you should accept their decisions. No matter what others tell you, everybody is responsible for themselves.

You should be too—you shouldn’t allow anybody else to give you bad times nor to play with your feelings. Once you let people blame you for everything, you’ll grant them power over your emotional state and from that point, it will be hard to escape their claws.

Be kind to yourself and believe in yourself. Your confidence speaks volumes so don’t let others dictate how you’ll feel. At the end of the day, don’t be a toxic person and do your best to avoid toxic people from your life. You owe it to yourself. 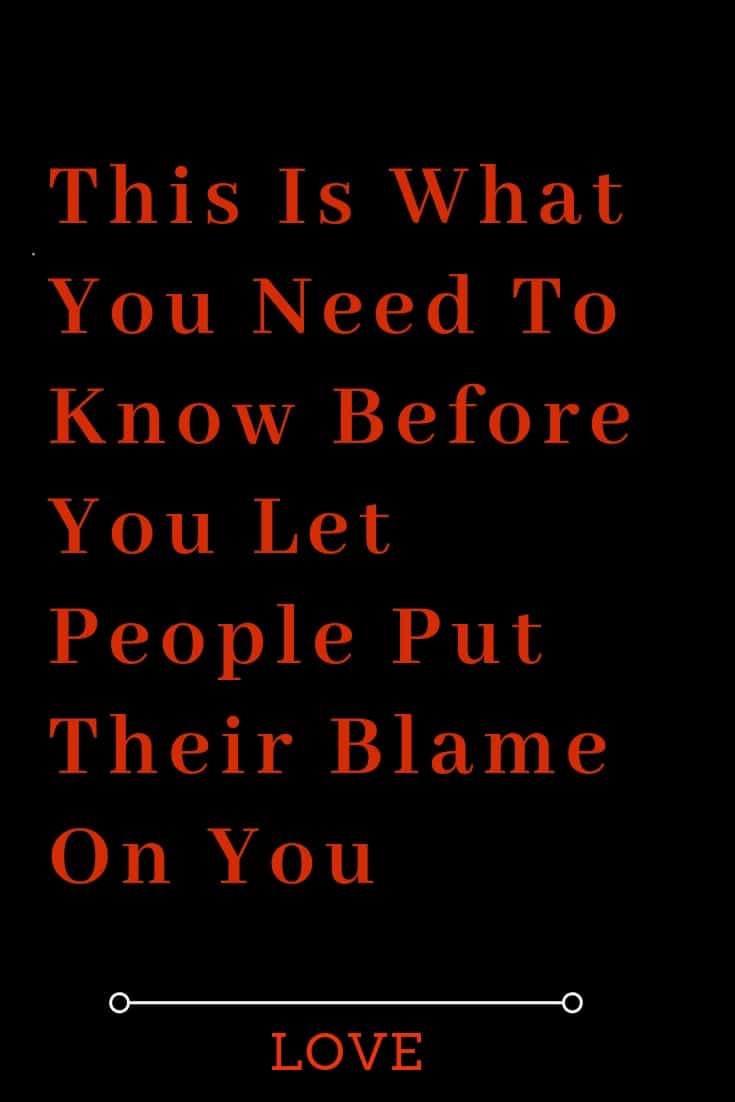 It's all right if you're not over your ex-spouse yet. Every heart heals differently. You do not have to rush. It's okay if you aren't...

How This Full Moon In September 2020 Is Going To Affect You, Based On Your Zodiac Sign

How This Full Moon In Pisces Is Going To Affect You, Based On Your Zodiac Sign I’M NOT EVEN GOING TO TRY TO HIDE MY...

Stop giving your love to someone who isn’t ready to love you.  Don’t wait any longer, don’t waste your time. Things won’t change, they’ll only get...

On Thursday, you will experience hard moments connected to a conflict or undesirable occasion involving a young man. If you are traveling today, beware...

Justin Bieber celebrated his first Thanksgiving as a married man, as well as his newlywed wife Hailey Bieber's birthday, on Thursday. Fans saw a few...
𝐓𝐡𝐞 𝐭𝐡𝐨𝐮𝐠𝐡𝐭 𝐜𝐚𝐭𝐚𝐥𝐨𝐠𝐬 is an Educational & Entertainment Platform theme. Our Team Publishes 100+ Content On Weekend/Monthly. We will motivate the needs of any person & make them inspire instantly You, Will, admit Once You Begin Your Journey With Us. The Thought Catalogs platform is a perfect choice.
© Copyright © 2022 - All Rights Reserved | TheThoughtCatalogs.