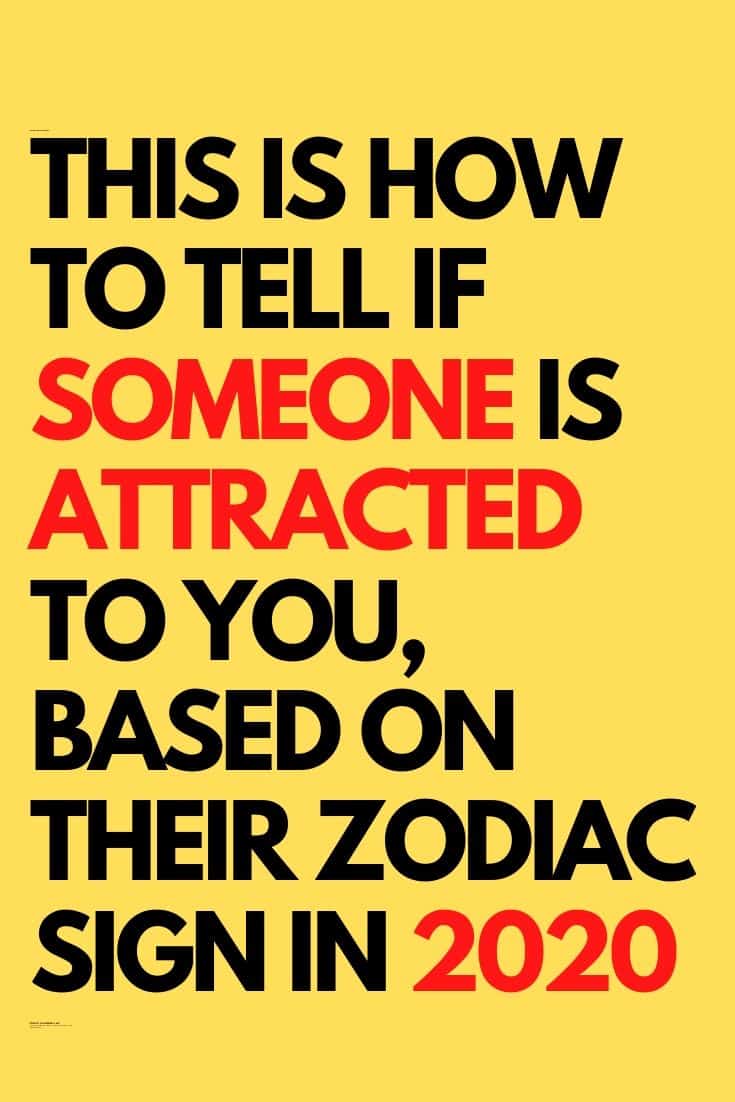 Attraction is something that happens on an energetic level. It’s rarely just physical. In fact, the strongest forms of attraction happen on a deep subconscious level that you might not even be aware of.

Most of the time, attraction is a positive result of a subconscious evaluation for potential compatible partner to spread the genome.

Each of us is attracted to different traits. Some are more common than others, but there are some uniquely personal.

Most of us try to be really discrete when it comes to attraction. Or at least we think we are.

But there are little signs and behavior clues that reveal how we feel. Each zodiac sign has a unique response to attraction that reveals how they feel.

THIS IS HOW EACH OF THE ZODIAC SIGNS SECRETLY TELLS THAT THEY ARE ATTRACTED TO YOU:

They will get in touch with you. It’s really easy to see when an Aries is attracted to you.

They will find a way to contact you: in person, social media, DM… You shouldn’t have a hard time figuring this out.

They will stare at you longer than usual and tease you. They want to spend time with you, as much as possible.

Don’t be surprised if a Taurus appears a little possessive over your time, that’s a sure sign for attraction.

They become oddly loud when they laugh around you. They are really good at flirting, so if you start flirting with them don’t be surprised if they seduce you.

And yes, a Gemini will most likely stalk you on social media. So your play here is to call them out on this. If they are attracted they’ll flirt back.

They will ask about you and your health. They might even try to offer you a remedy if something ills you. They want to nurture.

A Cancer will get into deep conversations with you until late o’ clock. Their least subtle way of revealing attraction is by being really, REALLY sweet.

They will get extremely generous with you. They will start showing off and you might feel like you are watching a performance.

If they embarrass themselves around you, they’ll be deeply shaken. They will shut off or they might even start laughing like maniacs.

They will do things for you that make your life more practical. They will do ‘little’ errands for you, they’ll remind you of things you might forget, they’ll take care of small details that you don’t focus too much on.

But most of all, they’ll remember everything from your interactions. They’ll do all of that as a way to create order in your life. This is a sure sign of attraction.

They will flirt and play hard to get. A Libra is not going to reveal how they feel until they are sure they have a chance. But this too is a revealing behavior.

Once you see that a Libra is flirtatious and suddenly cools off, that’s your clue. Flirt back and make them sure they have a chance. Of course, if you like them.

They will get really deep. They would want to know all there is to know about you. You might feel like you are getting interrogated. But this is because they are really curious about you.

Their emotions are known to be highly intense, so a Scorpio might act suddenly detached intentionally, to cool their emotions back in order.

They will be open about how they feel. They’ll let you know. No matter where you are, or even if you are not available, they will be honest about their feelings.

If they move out of their own way to spend time with you, that’s a sure sign of their attraction.

They will start acting really loose around you. A Capricorn is known for their formal behavior, but once they are attracted to someone, they act like the most easy going person in the world around them.

They might even brag about famous people they know, or important places they’ve been to. They want to impress you by being relaxed while appearing really important.

They will talk to you longer than usual. They want to see how you think and what you want to talk about.

They will treat you as a friend, but don’t let this discourage you. If they speak to you longer than they speak to others, they are most likely REALLY attracted to you.

They will stare directly at your eyes. They might not even listen to what you talk about. In fact, if they like you, you’ll most likely know before they do.

This is probably the most easily read zodiac sign when it comes to reading attraction.

How October 2021 Season Will Affect You Based On Your Zodiac

September 2020 Is The Perfect Time To Get Out Of Limbo

All The Surprising Ways In Which Emotional Pain Changes People

Your Perfect One-Sentence Life Mantra, Based On Your Zodiac Sign

A Sneak Peek At The Month Of October 2020, Based On Your Zodiac Sign

ThoughtCatalogs - August 9, 2021 0
August is featuring a lot of brand-new points. There is the solar eclipse that is happening in psychological Cancer cells on the second of...