Aries men get bored really easily. Don’t give him everything all at once. Aries are attracted to anything mysterious, so keep a little mystery, and try to make things interesting. Do something different, venture outside of the typical dinner date. Go indoor skydiving, have a picnic in the park, make dating fun and energetic and an Aries can’t help but fall in love.

Taurus men are kind of clueless. You have to be direct with them, they won’t pick up on your gentle arm brush or your friendly touch of their shoulder, if you’re interested you have to tell them point blank. If you start dating a Taurus man, be patient. Don’t expect him to open up within the first month. He finds it hard to trust romantic partners. The way to this Taurus man’s heart is patience and honest communication.

Gemini men want someone with energy that’s contagious. They are your typical flirt, so it’s not hard to fall for them. They’ll be funny, entertaining and charming, but if you want them to fall for you in return, you have to be equally, if not more, entertaining. They want the kind of person they can have fun with while doing absolutely nothing.

Cancer men usually fall in love with someone who they think will be a good life partner and parent. They are super caring, but they’re most likely not going to make the first move, unless you show them you won’t reject them. Rejection practically kills the sensitive Cancer man. If you want a Cancer man to fall in love with you, let him know you’re there to stay, and take care of him to prove you’re capable of nurturing.

Leo men love to be praised. They melt when you compliment them, and they NEED affection from you like they need air. If you want the Leo man to fall in love with you, show him how much he means to you every day. He doesn’t need to be the center of your world, but he wants to know that he’s a giant part of it.

The Virgo man takes a while to settle down. He doesn’t just jump into serious relationships. He needs to think about every detail of whatever the two of you have going on to determine whether or not you two should take the next step together. If you want a Virgo man to fall in love with you be patient. He’s a little scared of heartbreak, scared enough to let some wonderful people go because of it.

The Libra man appreciates confidence. If you want a Libra man to fall in love with you act like you’re the hottest person in the room, be the hottest person in the room. Confidence is what first attracts him, and self-awareness and being comfortable in your own skin is what keeps him interested. Once he settles down with you he’ll become an open book.

There’s no appealing way to phrase it, but the Scorpio man loves the chase. He’s super competitive, so he sees dating as a contest. It sucks, but games make him interested. The Scorpio man is the reason everyone hates modern dating. If you want him to fall in love with you, you’re going to have to play along.

Sagittarius men are explorers. They’re always asking questions and searching endlessly to discover answers. They’re deep, and they wander both figuratively and literally. If you want a Sagittarius man to fall in love with you give him the space he needs to wander. Do that and he’ll definitely come back to you. Encourage his exploration, don’t limit it.

The Capricorn man is extremely serious and determined. When he puts his mind to something, he’ll accomplish it. He doesn’t exactly prioritize love and dating; career usually comes first for him, but if you want him to fall in love with you, support his ambitions. He won’t love someone who needs him. The Capricorn man can’t stand needy.

If you want a Pisces man to fall in love with you, let him romance you. He is the ultimate romantic, and he likes to make his partners feel special, so let him. He’s super sensitive and in touch with his emotions, so don’t be afraid of being vulnerable with him, he appreciates vulnerability and never takes it for granted. 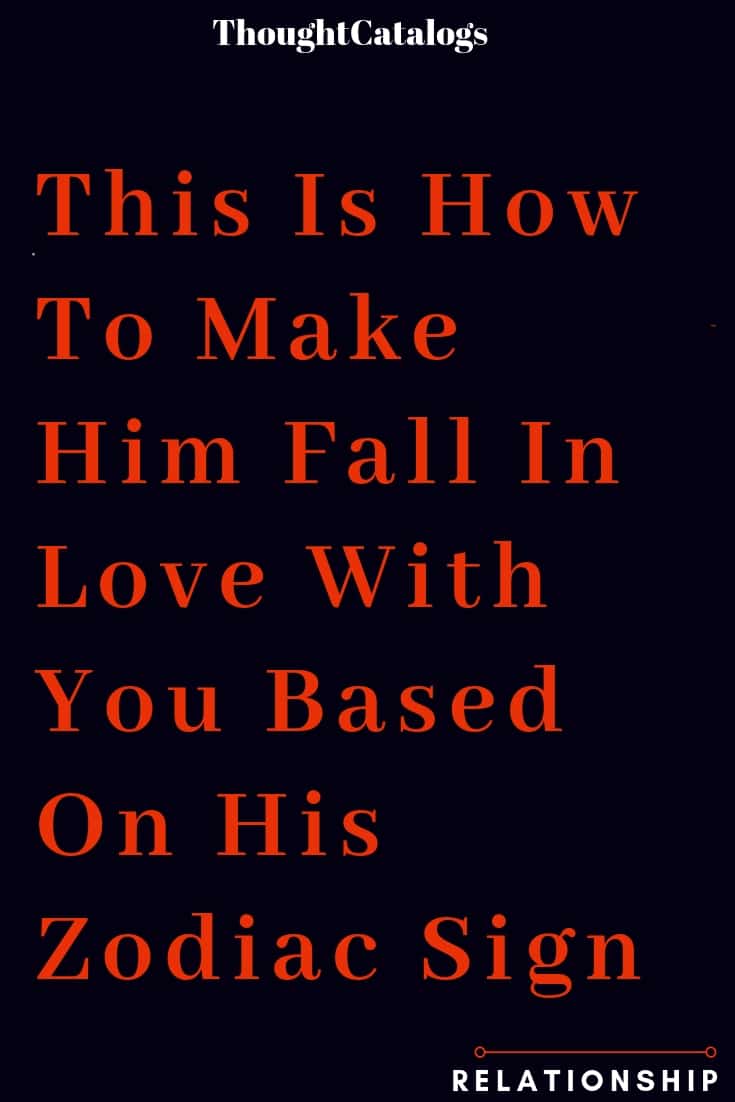 Don’t Fall In Love With A Scorpio