Men are from Mars, women are from Venus, right? It’s that age-old phenomenon that has plagued the human race since the dawn of civilization. Men and women are just different in plenty of ways. These differences are the instigators for many arguments and disagreements. It’s to be expected that men and women won’t get along all the time. It’s virtually impossible. A man and a woman’s DNA is just wired differently. It’s science! Look it up.

So ladies, don’t be so frustrated whenever you don’t understand why your man can be such an idiot sometimes. He’s just not operating on the same wavelength as you. What you have to do is to try to psychoanalyze him and understand where he’s coming from as well. If you feel like he’s not really listening to you or paying you any attention, then there’s a reason for that. In fact, there are a few possibilities that come to mind. Here are the top 9 reasons why your man isn’t really listening to you:

1. Men don’t like to be on the receiving end of your rants.

If you’re going to end up just treating your man like a punching bag even though he doesn’t deserve it, don’t be surprised if he ends up tuning you out. Men don’t like to ever have to hear you rant about things that don’t concern him. If you have a problem with this annoying co-worker and want to take your frustrations out at your man, then don’t ever expect him to be enthusiastic about it.

2. Men know that you don’t like it when they try to fix things for you.

Sometimes, you just need an emotional outlet to vent about your problems to. A good boyfriend should be able to serve as that outlet. However, there are times when he will want to help you with your problems and you’ll turn him down. You didn’t really want a solution, you just wanted to express your sentiments. He finds that practice pointless if you didn’t want his opinion in the first place.

3. Men know you don’t like it when they disagree with you.

Sometimes, you won’t always see things eye-to-eye. He also knows that you hate it whenever someone disagrees with you. So rather than start an argument, he’s just going to let whatever you say out of the other ear. It’s much better to not listen to you rather than have to go through the hassles of a fight.

Sometimes, your man will have problems of his own. Don’t fault him if he tunes you out because he’s preoccupied with his own thoughts at the moment. You should also try to be understanding of his thoughts and feelings. Relationships are a give-and-take after all.

You might be saying one thing, but in his mind, you might be saying another. He knows this is a regular occurrence in your relationship. So rather than listen to what you’re saying, he’ll just tune you out because he knows he’ll end up the misunderstanding you anyway. The both of you have to learn how to communicate with each other more clearly.

Don’t ever interrupt a man when you’re having a conversation. If you ask for his opinion and you interject in the middle of his declamation, then he’s not going to appreciate it. He’ll end up just tuning you out because he’s frustrated or he feels like you don’t really value his opinion at all.

You should also check  10 signs he is a player

He’s just not having it. He doesn’t care about that juicy story about the affair your neighbor is having. Don’t ever expect him to be enthusiastic about gossip because it really just isn’t in his nature to care for things that don’t really concern him. Try a different approach and meet halfway when it comes to discussing common interests.

8. Men will mentally check-out whenever you’re being emotional.

Men don’t know how to deal with emotions as well as women do. When you’re going to show that you’re being overly emotional when you’re talking to him, he’ll get flustered. He won’t know what do. A man would always much rather have deep and intellectual conversations. Always try to keep a level head when you’re talking to your man and you’ll have a better chance of actually being able to keep his attention.

Gather your thoughts. Stop jumping from topic to topic all of a sudden. Establish a clear train-of-thought and deliver your ideas eloquently. When you start just rambling about whatever comes to your mind, no doubt your man will lose interest in whatever you’re saying. Men tend to hate pointless and incoherent conversations. 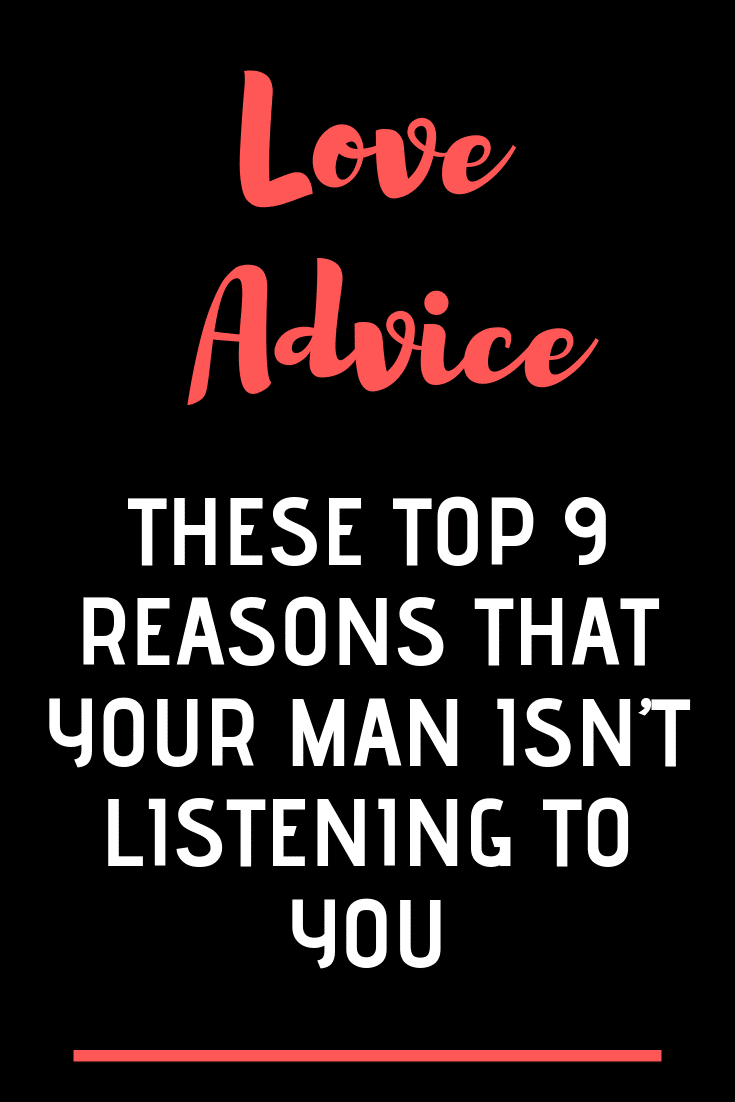 10 Harmless says that Guys Should not tell their Girlfriends

These 15 Things Boys Do That Make Girlfriends Insecure