ThoughtCatalogs
July 24, 2019
Share
Facebook
Twitter
Pinterest
WhatsApp
Linkedin
ReddIt
Tumblr
Flip
Copy URL
No matter what they try to make you think, narcissists are not capable of loving anyone but themselves. Their definition of love is toxic, unhealthy and dangerous and it has nothing to do with what love should really look like. You’ve heard your narcissistic boyfriend tell you how much he loves you a million times, right? Well, the truth is that a narcissist may think he loves you but he never does and here are all the hidden meanings behind his love.

1. I love to diminish you because that is the only way I can feel good about myself

Even though they’ll never admit it, all narcissists are actually dark and pessimistic people who don’t have a good opinion about themselves. The truth is that they appear to be full of self-confidence but they are actually drowning in insecurities. The only way for a narcissist to feel better about himself is to put his victim down. Only when he feels that he is superior over you does he have a sense of self-worth. Only when he makes you feel like you are not good enough does his self-image improve. And that is what every narcissist loves about his victim—the possibility to drain your energy and the possibility to boost his self-confidence. When he insults you and makes you feel like you are good for nothing, he is actually feeding off your positive energy because that is the only way for him to feel good about himself.

2. I love you as a possession

A narcissist doesn’t see you as an individual person with your own feelings, mind and free will. He is not interested in taking care of you or meeting your needs and he’ll never take your emotions into consideration. Instead, he only sees you as a thing and as someone he can abuse. And he loves you as a precious possession he needs to have. He sees you as a trophy and as something that belongs to him. When he acts likes he is proud of being with you, he is actually enjoying the fact that people envy him for having you. A narcissist’s love is always selfish. He is never interested in the way you feel and he’ll never put any effort into making you happy.

3. I love the power I have over you

The main reason narcissists hunt their victims is the feeling of superiority they have over them. So when a narcissist says he loves you, he actually loves how suitable a victim you are for him. He loves the power he has over you. He loves that he manages to persuade you that you are beneath him in every possible way. He loves the way your inferior position boosts his ego, the way he controls you like a puppet and the way he plays with your emotions. He loves the way you make him feel like he is in charge and how he manages to convince you that you are completely insignificant and unimportant without him.

4. I love having someone I can blame for everything

One thing common for all narcissists is that they run away from responsibility. They are never guilty of the things they’ve said or done. Instead, you were the one who made them do it and the one who provoked them. You are the crazy one and the one who expects too much. At least that is what a narcissist will always make you believe. And that is why he loves you so much. He loves to play with your mind, making you question your sanity. He loves to gaslight you and blame you for everything that goes wrong in the relationship. But most of all, a narcissist loves having someone’s shoulders to put all of life’s responsibilities on. Before you know it, you are guilty of all of his failures, for all the times he doesn’t feel good and for everything in his life that doesn’t go as planned. Before you know it, you have become the source of his frustrations even when you haven’t done anything ‘wrong’. And you know why that is so? Because he sees that you are better than him and he is intimidated by it. He actually feels inferior to you and he wants you to feel guilty for your superiority. He doesn’t want you to see that he is the one who isn’t enough.

6. I hate you for needing you

Every narcissist will try his best to persuade you that you need him. He’ll try to make you believe that you would be nowhere without him in your life and that you could never find someone better. But the truth is that things are actually the other way around. This manipulative narcissist actually needs you like he needs air to breathe and that is the last thing he wants you to realize. You are the one who gives his life meaning and you are the one who completes him. And that is why a narcissist can never love you. That is why a narcissist hates you. 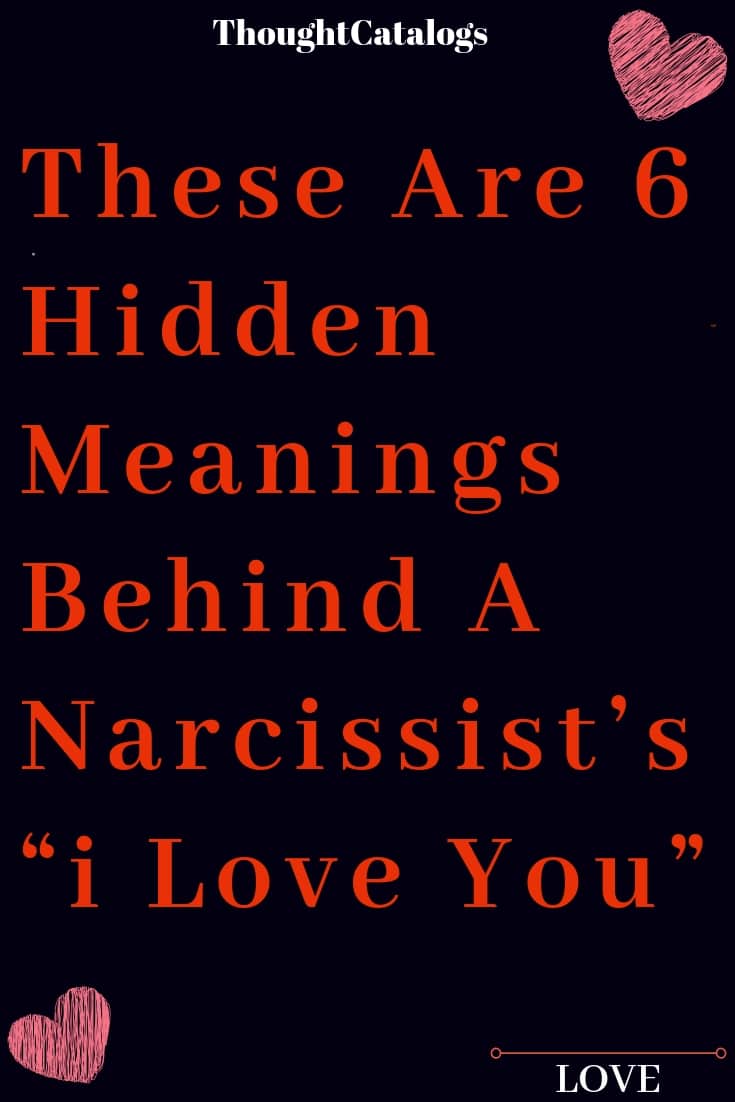 Good Wives Ranked From Best To Worst (According To Astrology Signs)

CANCER Cancer women are very emotional and dedicated. They wear their hearts on their sleeves. Unfortunately, being emotionally exposed like that usually leads them to...

”Gemini….You revere scientists and shamans alike, providing them with what they need to do their good work for the enhancement of the realm.” – Lesley Thomas

What Makes Your Girlfriend Feel Misunderstood, Disrespected, And Unappreciated (Based On Her Zodiac Sign)

Aries When you interrupt and constantly talk over her while she’s trying to tell a story. Taurus When you discount her feelings and act like she’s overreacting...

Here 15 Signs Of Mismatch That Cause Relationship To End Badly

Opposites might attract in the initial days of a romance, but as the weeks and months go by, if it becomes apparent that you...

7 Facts About Exes You Didn’t Know

When it comes to your love life, exes are an inevitable part of it. Some of them made us cry and curse the day...
𝐓𝐡𝐞 𝐭𝐡𝐨𝐮𝐠𝐡𝐭 𝐜𝐚𝐭𝐚𝐥𝐨𝐠𝐬 is an Educational & Entertainment Platform theme. Our Team Publishes 100+ Content On Weekend/Monthly. We will motivate the needs of any person & make them inspire instantly You, Will, admit Once You Begin Your Journey With Us. The Thought Catalogs platform is a perfect choice.
© Copyright © 2022 - All Rights Reserved | TheThoughtCatalogs.