Have you ever loved a man who you knew was wrong for you and who would only bring you trouble? Have you ever put any effort into something you knew would never pay off?

Well, this girl has. And it was one of the most painful experiences of her life.

But please don’t judge her for doing this. Don’t judge her for giving her entire self to the person she shouldn’t have let into her life in the first place. Because she has learned her lesson and because now, she knows better than to repeat her mistake.

And because you could easily become her.

Don’t think that this girl was foolish or stupid enough to get herself involved in this relationship, even though she knew it would fail. Don’t think that she lied to herself, believing that things would eventually work out.

No, she has always been very smart and she always knew that she had no future with this man by her side.

Deep down, despite all the love she felt for him, she was very well aware that he wasn’t right for her. That she was settling for less just by being with this guy.

But she kept going anyways.

She continued giving him endless second chances because she thought her love would make him realize that he should change his ways. Because she thought that the love she felt for him was stronger than everything.

She’s done putting an effort into this relationship and into this guy, when he has never done the same. When he was just a selfish asshole who never thought of her needs or desires.

She’s done putting herself down so this man wouldn’t be intimidated by everything she can accomplish. Done holding herself back for someone who never saw her true value.

She’s done pushing this man forward when he never for a second believed in her and when he did nothing but make her feel bad about herself.

She’s done being this man’s shoulder to cry on. Done being the person he can always rely on and done being his biggest support.

She’s done being his safe haven, when she could never count on him being there for her when she needed him. She’s done loving him unconditionally, without asking any questions, when he never loved her enough.

She is done choosing this man over herself. Done loving him more than she loved herself and done putting his needs in front of her own.

She is done thinking this man is her other half and thinking that she is not a complete individual on her own. She is done believing him that she is good for nothing and that she should be thankful to him for just being with her.

She is done allowing this relationship and the pain she has been feeling to define her. Done thinking she needs a man to be a real woman.

She is done settling for less and more than ready to take her life back into her own hands. 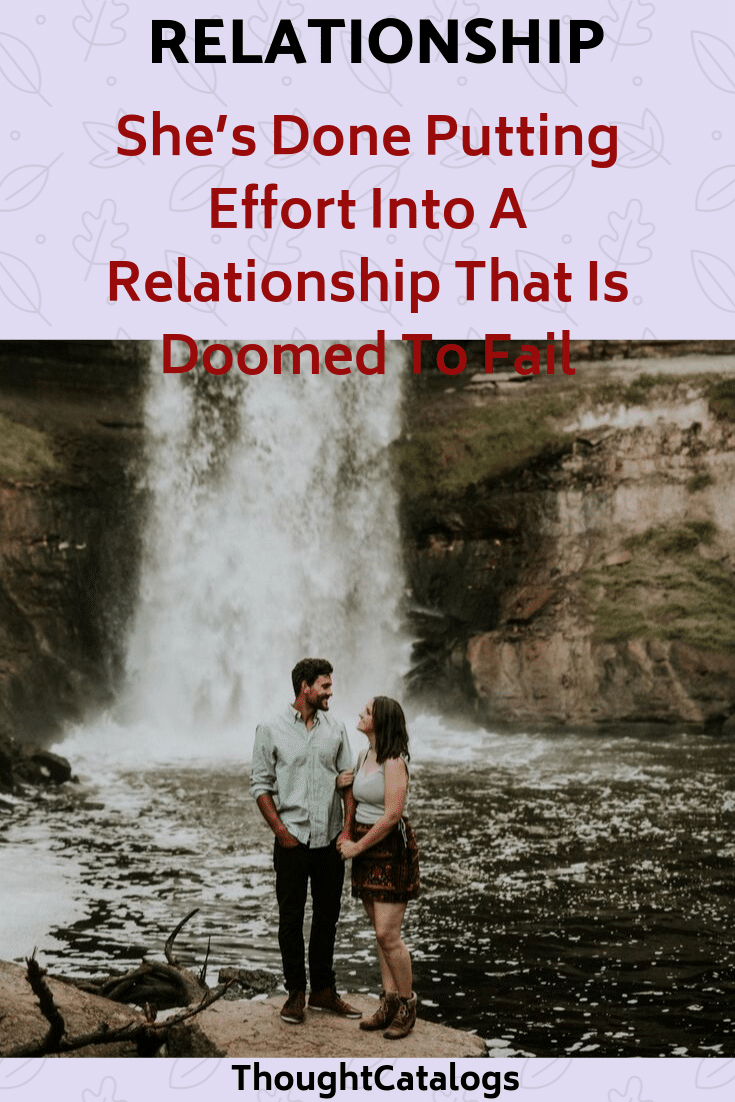 THE ONE THING YOU’RE SECRETLY SCARED OF, BASED ON YOUR ZODIAC SIGN

9 Telltale Signs A Man Is Powerfully Attracted To You

This Is Your Most Secret Fear In The First 6 Months Of 2023, Based On Your Zodiac Sign
14 hours ago