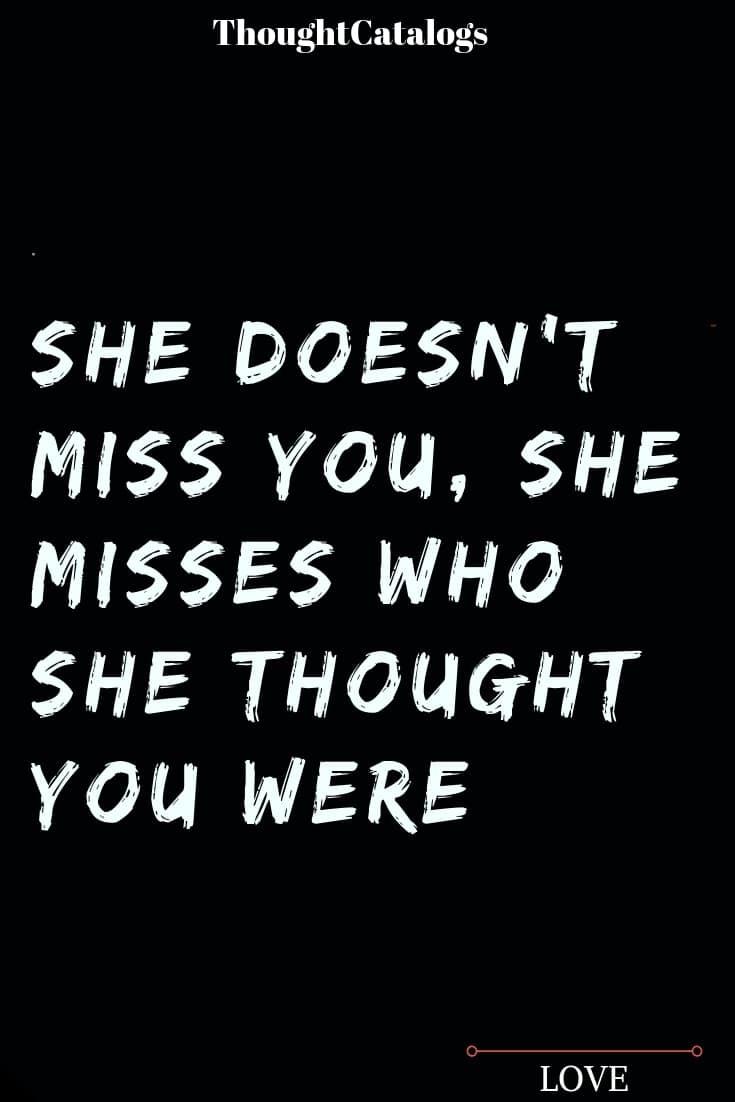 Ever since you left this girl’s life, she’s spent every moment of her time praying for you to come back.

No matter what she’s doing, no matter who she’s talking to, or how busy she might be, thoughts of you always linger somewhere in the back of her head.

Things are actually pretty simple: she still loves you (or at least, she thinks she does) and she’s afraid to let you go just like that. She’s convinced that the two of you deserve a second chance and your relationship is worth fighting for.

Ever since this girl lost you, she has been thinking about ways to get you back.

She expects for you to repent of walking out on her, for you to call her or do anything just so the two of you could be together once more.

However, that’s not happening. So, because she sees that she can’t have you, she has started settling for the memory of you.

With time, this girl has become obsessed with the fragments of your past together.

Every time she thinks of you, one image comes to her mind: that of a romantic man who’s ready to move the stars for her sake.

The man who made all those promises he didn’t fulfill and a man who manipulated her into thinking he deserved her love. And that is the guy she wants back.

She thinks of all of your plans that didn’t work out, of everything she dreamed of achieving next to you, and all the potential your relationship could have had.

She’s spent a lot of time analyzing every little detail of your relationship and then it hit her: She doesn’t actually miss you – she misses the idea of you.

She misses the man she imagined you were, the man she needed you to become, and the man you pretended to be.

She misses this guy she made up in her head, the guy her heart saw, the one she hoped you could be. She misses the man you convinced her exists, the man you fooled her into loving.

This girl doesn’t miss an actual human being, she misses a ghost from her past that is still haunting her. She misses all of her hopes and dreams you destroyed.

Most importantly, she misses the person she was while she had you beside her.

She feels sorry for spiritually killing the girl who felt as if she could conquer the world, as long as she was holding your hand.

No, she is never nostalgic for the guy you turned out to be. She doesn’t miss you lying to her face, deceiving her, and putting her last.

She doesn’t miss having to compete for her your love and attention or the feeling of being compared with other girls.

She doesn’t miss losing her trust in you and not believing a single word you say.

This girl isn’t crazy to miss all the times she’s begged you to change or all those nights she spent alone in her cold bed, waiting for you to get your shit together.

She certainly isn’t nostalgic about the man you were when you left: she doesn’t miss that cold-hearted guy you turned into, a man who abandoned her without giving her emotions a second thought.

Or maybe these were actually your true colors; maybe you couldn’t pretend to be someone you weren’t anymore and showed your real face. Maybe she was nothing but a fool to have believed in your lies for so long.

Or maybe the man she thought you were never existed? Maybe she loved you so much that she kept lying to herself that you’re someone else.

Maybe she couldn’t accept that you were actually good for nothing and she wanted to believe that you’re better.

Maybe she couldn’t face the harsh reality that you were actually never a man worthy of her love and respect.

If You Are One Of These 6 Zodiac Signs, Expect To Be Transformed By The January 2022 New Moon

Please, Don’t Let Me Push You Away

What Each Zodiac Sign Should Avoid Doing On April 2021