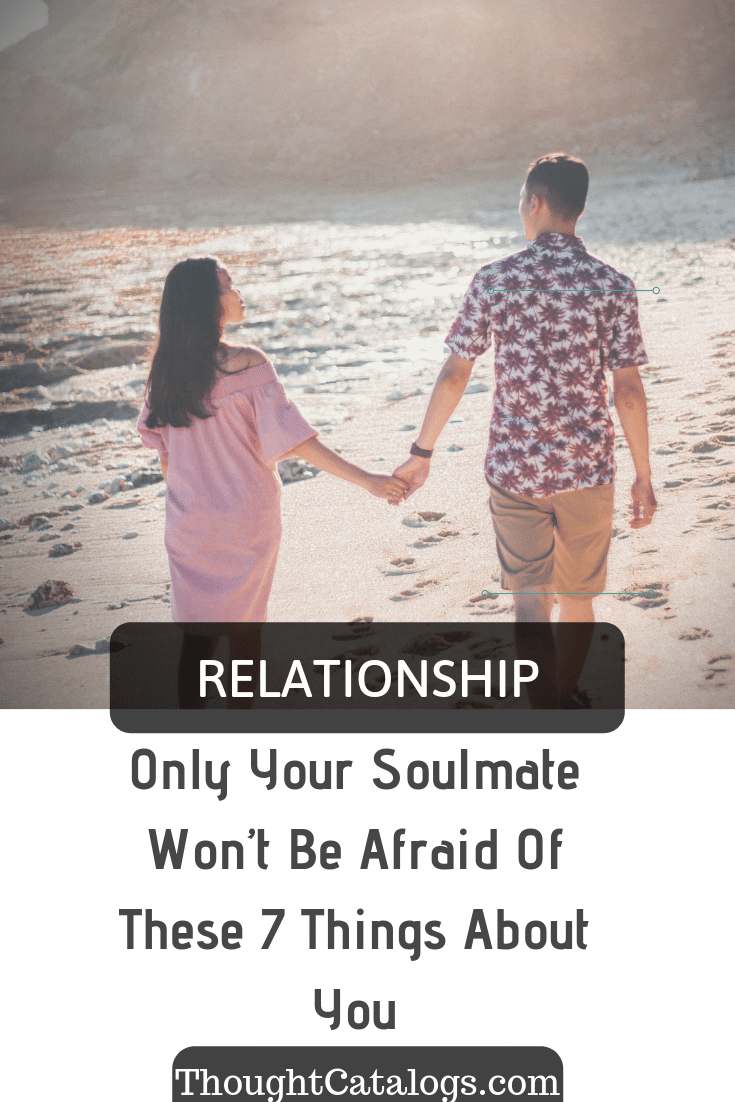 How many times have you heard that men don’t like strong women?

Well, let me tell you something: it’s not that men don’t like strong women – weak men are actually scared of them.

They’re intimidated by the fact that this woman will see their flaws – that sooner or later, she’ll realize they’re not good for her.

Nevertheless, all of this changes when you meet the man who is meant to be yours, because he won’t have any of these fears.

Instead, he will be proud of your inner power and strength, and he’ll be aware that he’s hit the jackpot when you entered his life.

One of the first things that will chase away guys who are not worthy of your attention are your high standards.

As soon as they see that you are a woman who knows what she wants, they declare you as too picky when it comes to men.

However, the right guy will never see things this way. He won’t be scared off by the fact that you have strong deal breakers on which you refuse to compromise.

In fact, he will be more than happy he’s found a woman with character who refuses to settle for less than she deserves.

Instead of running away from you, he’ll do everything it takes to meet your standards and will make an effort to impress you.

Another thing your soulmate won’t ever be scared of is you having your own opinion and attitudes.

Once this man enters your life, he’ll never try to win every argument with you, just out of fear that you might outsmart him.

He will be delighted to have someone he can have meaningful conversations with and someone who tests his worldviews.

Your intelligence won’t make him feel like he’s less of a man, it will challenge him and make him work on himself even more.

A mature man is aware that you had a life before him. He knows that you probably loved someone before he appeared and that you have a romantic history.

However, this is not something he is afraid of. He won’t compare himself with your exes and he won’t be jealous of everything you had with them. He knows that is all a part of the past, while he is your present.

Once you meet your soulmate, he won’t drag your emotional baggage into your relationship, trying to force you to tell him all the details about your ex or making you swear you love him more than you’ve loved any man before him.

They are scared of knowing that their girlfriend chose to be with them, but that she can make it on her own, even if they walk away.

They are threatened by women who make it clear that they don’t need them and their life won’t end if they abandon them.

Women who don’t depend on them emotionally, financially, or in any other way possible.

Nevertheless, when you meet your soulmate, he’ll be proud that you’re a self-sufficient girl who doesn’t need anyone guiding her through life.

He’ll be happy that he found an equal partner and not some immature brat who will look at him as a father figure.

Instead, he will encourage and support your goals and he will push you forward with all the strength he has.

He will be the wind to your wings and he will be proud for every milestone you pass.

I’m sure you’ve already dealt with guys who are jealous of your friends (and I’m talking about your male friends here in particular).

With guys who can’t stand having to share you with someone else and who want to become your everything as soon as you meet them.

If you have, you probably know how toxic this is. You’re aware that this is not a sign of a cute jealousy, it is them wanting to control you as much as possible and try to make you lose everyone who might open your eyes about their behavior.

On the contrary, your soulmate will never be scared of your friends.

He’ll know that you love him and them in completely different ways and he’ll never try to take their place.

How many times have you heard a guy telling you that you’re too much for him to handle?

That your love burdens him and that you’re suffocating him with your emotions?

How many times has a guy run away from you as soon as he notices you were catching feelings for him?

Well, you can forget all about this when you meet the right one.

Instead of being scared of the amount of love you’re showering him with, he’ll see how lucky he is for having such a girl who cares for him with all of her heart.

5 Things You Got When You Lost Him

Thank You For Always Reminding Me What Butterflies Feel Like

The Best Meteor Shower Of The Year Is About To Peak. This Is Where To See It

This Is Why He’ll Fall Out Of Love With You, Based On His Zodiac

ThoughtCatalogs - May 31, 2019 0
Remember the times when you were his whole world? He used to shower you with attention and go to the end of the world...