October 13th will herald the first Full Moon of the month, which will be filled with energy. This is due to Aries being a fiery, cardinal sign and Mars positing itself as its ruler.

Also, we could get infected with emotion, and have our actions influenced by it. Needless to say, we need to vent out these emotions in a good way, or else they would drive us crazy and irritated.

Since Aries is the first sign, any Full Moon occurring here is usually the sign of something either beginning or ending. You will either go ahead or start something new, or you would simply see something being done. But whatever be it, it will change the way you see things hereafter.

The Full Moon squares Pluto and trines Jupiter in Capricorn and Sagittarius respectively. With Pluto, the effect will be seen in us grappling for power, although we should actually take a step back.

Yet, this could actually get difficult and we may need to put all our power in. It could result in fights too, you never really know. Jupiter will keep warning us and keeping the mood light, but Pluto would not back down.

The New Moon in October occurs on the 27th. Since this is in Scorpio, we would have to be prepared for the seriousness that it begets.

You would have to take things seriously and throw yourself in anything that you want to achieve. In the end, it is your own productivity that will match your excitement.

Scorpio loves to research so we can be sure that we would find major answers to the problems that we are searching for.

Apart from that, we would also have an idea that we are about to start transforming into something new, and this journey is going to change our entire worldview.

The New Moon opposes Uranus whilst in Taurus, which will allow us to push back and hit back at things that are trying to contain our rebellious nature.

But, beware of something new and different coming up at any corner- you might never know where you stand until you actually stand there.

There could be massive energy shifts that will put you in a fix. All you need to do is maintain the calm that you have. For, being worried isn’t going to solve any problem that might come up. 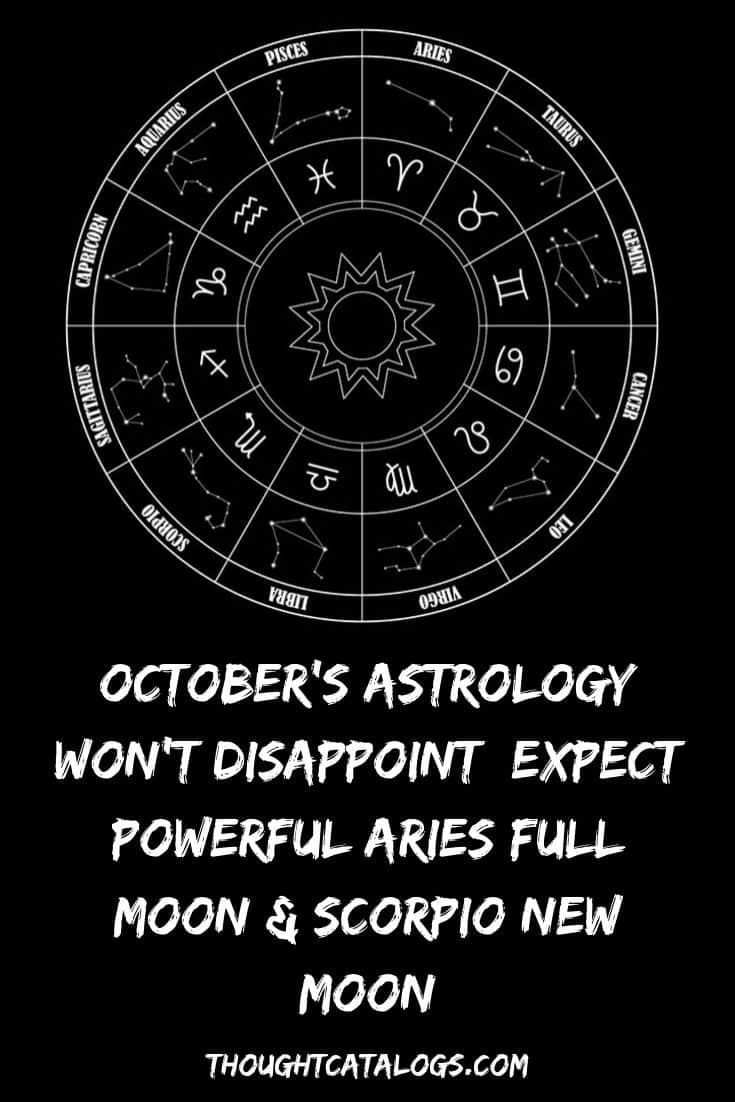 What you can Expect from Each Zodiac Sign In 2021

jupiter has entered the sign of Aquarius as of today, December 19th, 2020, and shifts into Pisces on May 13th. Things get even more...

Aries (March 21 - April 19). Love is something that builds gradually. What is your structure? With any luck, it's greater than simple interest. Stability is...

5 WAYS TO MAKE HER FEEL LOVED WITHOUT SAYING A WORD

The easiest thing guys can do is to say those three words and not do anything to prove it. They simply forget or they...

HOW TO FORGET SOMEONE: 26 WAYS TO SPEED UP THE PROCESS

To The Man Who Played With My Heart

Crazy Wife? 8 Effective Ways To Successfully Deal With Her

What Machiavellianism Really Is (And How It Can Hurt You)

10 Ways How To Get Him Back (Without Looking Desperate)

You Can Talk Till Sun Comes Up, But You Wont Beat A Libra In An Argument.

Once a Taurus commits to something to someone they give it 110%.