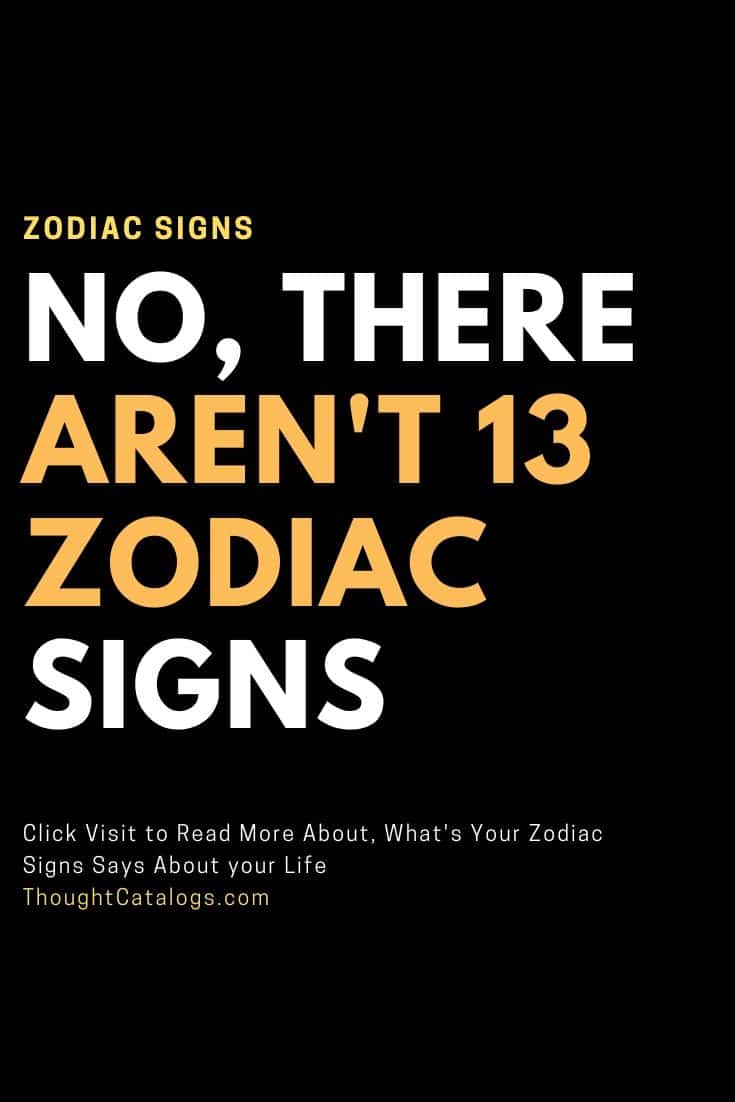 There are only 12 signs in the zodiac, and, contrary to the anything you may have read on the Internet, your sign has not changed. Every few years, a tired old story resurfaces that a thirteenth zodiac sign has emerged, and that everyone’s signs as they know them have changed. Don’t believe these so-called scientific experts! Tarot.com astrologer Rick Levine explains it all…

How a perfect storm is created

Cosmopolitan magazine published an article on the Internet with the headline, “Don’t freak out, but your star sign has probably changed… Okay yes we’re freaking out.” The article goes on to list the new sign dates, including a thirteenth zodiac sign called Ophiuchus. Unfortunately, the technicalities behind this confusing disinformation can be complicated to grasp, leaving followers of Western Astrology uncertain of the truth. This bad news spread like wildfire, reigniting the same foolishness that ran rampant in January of 2011, when the Minneapolis Star Tribune ran a story in which a local astronomy instructor definitively claimed that the Earth’s wobble had shifted the zodiac signs. The claim created an instant stir then, setting the web on fire, just as it has continued to do.

Relax. Your zodiac sign never changed. There is no reason to panic or remove your tattoo. There is no thirteenth sign.

Fact #1 as claimed by NASA: There is a thirteenth constellation that crosses the ecliptic, which is the celestial highway the planets travel along on their orbits around the Sun.

The NASA site explains that the Babylonians divided the ecliptic into 12 equal parts, “like cutting a pizza into 12 equal slices.” These 12 slices of the sky contained stars that became known as the zodiac. They go on to explain that there were actually 13, not 12 constellations in the zodiac, and that the Babylonians left out the sign Ophiuchus as a matter of convenience. Therefore, NASA claims that the Sun — which appears to move through the 12 signs each year from Earth’s point of view — is aligned with Ophiuchus for nearly three weeks each year, and people born at that time are born under the sign of Ophiuchus. Furthermore, NASA notes that the constellations in the zodiac are not equal in size, and that the Sun passes through Scorpio in 7 days but takes 45 days to transit Virgo.

Fact #2 as claimed by NASA: 3,000 years after the Babylonians created the 12 signs of the zodiac, the sky has shifted, changing most people’s sign.

NASA is, in fact, referring to a well-known concept that is referred to as “the Precession of the Equinox.” Somehow, they and other scientists believe that astrologers are not aware of this, and therefore don’t know that everyone’s zodiac sign is wrong. However, astrologers have known for millennia that this precession refers to the very slow backward wobble of the Earth on its tilted axis. This wobble causes the Sun’s apparent alignment with the constellations to slip backward one degree every 72 years, making one complete cycle in 26,000 years.

From a modern astrological point of view, the facts are quite simple:

1) The zodiac used by Western astrologers is based on the seasons, not the constellations. Astrologers know the planets go around the Sun, but Astrology is Earth-centered, and we mark the movement of the planets against the four seasons on Earth as calculated by the Spring and Autumn Equinoxes and the Summer and Winter Solstices.

3) There cannot be a thirteenth sign in the zodiac, because the zodiac was created as a mathematical abstraction to divide the sky into 12 equal parts, independent of what stars or constellations may appear there. It doesn’t matter how many constellations touch the ecliptic, there are only 12 signs. No matter when you were born, you’re not an Ophiuchus.

4) As Earth continues to wobble, the constellations will continue to separate from the zodiac at the rate of one degree every 72 years, as the equinoxes and solstices continue to deviate from the fixed stars.

Ignorance is not bliss, It’s ignorance

Unfortunately rumors like this are difficult to stop, because they spread faster than the correct information that tries to clean up the misunderstanding. Dr. Richard Feynman, a Nobel prize-winning physicist, once stated, “I believe that a scientist looking at nonscientific problems is just as dumb as the next guy.” NASA scientists have successfully applied mathematics to take astronomy into the future. Their formulas, based on equations discovered by Johannes Kepler (who, incidentally, was an astrologer), can land a rocket on Mars. However, the engineers and technicians at NASA are not educated when it comes to Astrology, and every attempt they make to debunk Astrology only brings this fact to light.

I Still Love You, I Just Don’t Like The Person You’ve Become

These Zodiac Signs Handles Jealousy In Their Relationships

Who And What Your Zodiac Sign Should Avoid During Mercury Retrograde

Sometimes You Don’t Stop Caring When The Other Person Does

The Mistake You Will Probably Make In Your Relationship Based On...