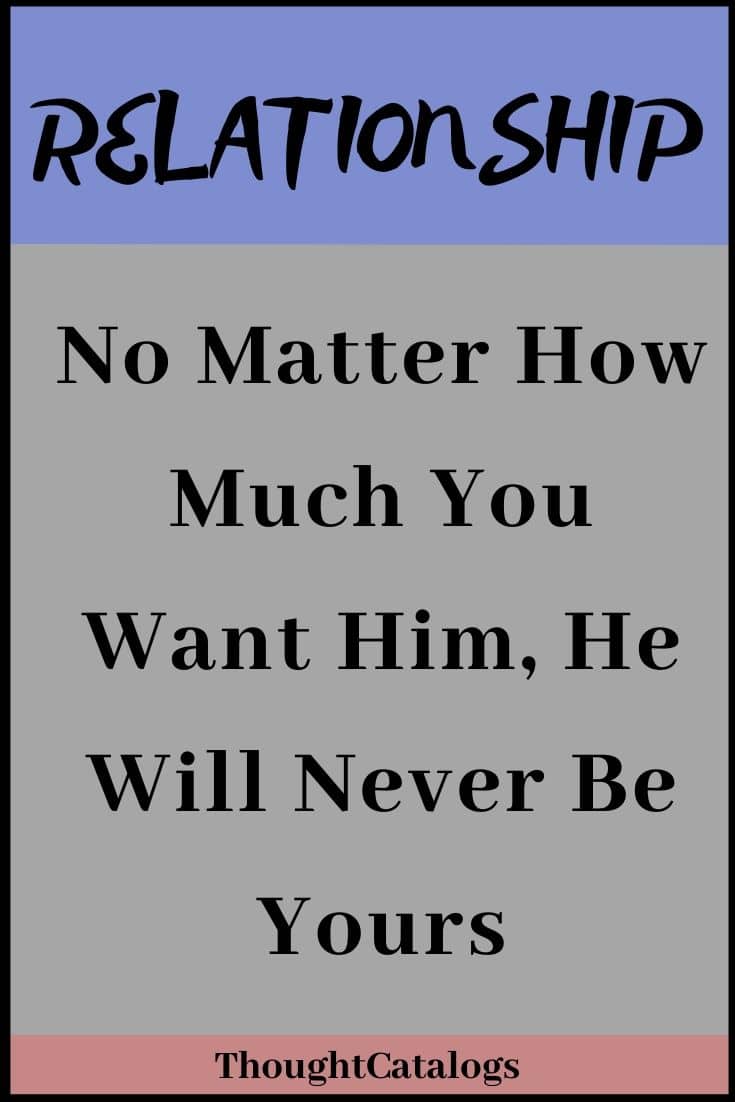 Sometimes, you can give it your best, but you won’t get anything in return.

Sometimes, no matter how much you want someone, you won’t have them. Sometimes, life is just not fair.

The cards are like that—Destiny has chosen; you can’t do anything about it.

Sometimes, it’s better to just leave it be and move on with your life. For you…for them…for everybody.

When love is right, you know it’s right.

Nothing can convince you otherwise. That gut feeling deep inside is never wrong in the end.

You’ll give everything you have for that love which awaits you, with no doubt in your mind or your heart that he might someday hurt you. Have you ever been sure about something that much?

And I’m not talking about self-denial, shutting your eyes to the red flags, and lying to yourself that whatever he’s doing is only temporary.

Relationships are not that hard.

Don’t get me wrong, relationships are a challenge. You will fight like cats and dogs, but the catch is—you will kiss and make up and forget as if nothing happened.

It’s not about not fighting in a relationship. It’s about being able to forgive, finding the strength to listen to the other person, and most importantly, to understand them.

If the relationship between you two is more tiring than it’s fulfilling and fun, I’m sorry to say, but you will never have that man for yourself.

Maybe you feel like you have him now, but that relationship is not going to last, and it’s going to go down in flames with a big and painful boom.

Respect yourself enough to save yourself from the inevitable pain.

You know that it never ends differently.  A man not for you will never become a man for you. There won’t be any sudden change of hearts, a realization or enlightenment inside his mind.

If it will be, it will happen but not the way you want it. The odds won’t be in your favor because it wasn’t meant to be from the beginning.

Some people will never be yours, no matter how much you want them to be.

You can waste your time, you can give yourself false hope, but that perfect little bubble you’ve created for yourself will burst.

Save your second chances for someone who actually deserves them.

Why would you waste your energy and your trust with someone who is not worthy? It’s a very dangerous thing to do.

Do you know why? Trust is not an inexhaustible source. There will come a time when you’ll cut off your supply.

The problem is, if you waste your trust and your second chances on the person who didn’t deserve it, you will cut off the one who actually deserved it.

Think about it—because you are scared to face the truth now, you’re destroying the relationship that hasn’t even started yet.

You’re demolishing your future, and you haven’t even made peace with your present.

If you push yourself from the No. 1 spot on your priority list, be aware that you’re making a huge mistake—one which you will never be able to make right.

Once the trust is completely gone, it’s almost impossible to get it back.

Having this in mind, think about yourself. Don’t be your own worst enemy.

Loving yourself is the only way to avoid the hardship and the pain you’re causing by disrespecting yourself.

These 3 Zodiac Signs Will Have The Worst New Moon In Pisces 2019, Thanks To The Drama

How Stress Affects You Based On Your Zodiac Sign

I Fell In Love With Someone Else

May 2020 Ascension Energies – It’s All About The FOCUS