When leaving someone, when closing the door of someone’s life from the outside, when saying your final goodbye, pay attention to what you say. When you’re going out of someone’s life, choose your words wisely.

Because, once you say what you have to say out loud, there is no getting it back. There is no taking back what you said, and there is no saying it again to make it right because the first time you said it, it came out wrong.

She is good enough to some, to others not so much. None of this would matter if she was good enough for herself. She was, once you know. But not anymore.

And if you don’t make them shut up or if somebody else doesn’t come along to show you that you are, indeed, good enough, you’ll be convinced you’re not good enough. This is exactly what happened to her.

When you put as your priority someone who’s not really good to you, it is doomed to end up badly for you. When you welcome someone in your life who doesn’t know what to do with your kindness, you’re doomed to be broken by this person. And this is exactly when everything went downhill for her.

She feels like she lost control over her life. She just hates waking up in the morning and getting beaten down by her own thoughts. She hates her own demons, but she has no idea how to get rid of them. As if she wouldn’t like to be normal. But how do you get back to normal when whatever you do is somehow never good enough?

She has no strength anymore to fight the obstacles that she finds along the way. Somehow, no matter what she does, it’s either wrong or not good enough. Things never go in her favor and anything that might go wrong goes wrong for sure.

When you’re constantly punched down by life, at one point, you have no strength to get back up again and fight. She decided to stay down and let everything go to hell because she thinks that’s where everything has headed anyway.

Would she be better off today if she had laughed more or if she had done everything they needed her to do? Would they have stayed then?

She can’t remember the last time someone made her a priority. She is the one that always puts people before herself. She always gave everything and even the best of her, but somehow people didn’t care enough to notice.

They haven’t noticed her efforts, her ‘give-ups’ to please them and God knows what else. Nobody cared to notice she was the one that deserved it all but got nothing.

She hardly finds the strength to make it on her own. She’s hardly going to get out of her dark place on her own. And you have to admit it—we all need a little help from time to time. We weren’t born to live our lives on our own.

Sometimes, we need a small friendly reminder to realize that we are, in fact, good enough. She needs a small reminder that what she thinks is mostly in her head.

She needs someone to remind her that she is never going to be enough for wrong people.

But that’s OK. She needs to be reminded that she is going to be more than enough for the right people.

She needs to be reminded that in life, shit never stops happening, but that she is in charge of how many of the bad things that happen are allowed to get to her.

She needs to be reminded that bad days might not seem to have an end, but that there is always a light at the end of the tunnel, and that everything she’s struggling with today will be forgotten tomorrow. Because none of it will matter 24 hours from now.

She needs someone to remind her that not everyone she likes is necessarily good. Just because a good person likes someone doesn’t mean that someone is automatically good. In most cases, it is the opposite. Good people attract toxic people all the time. Tell her this. Tell her all of this.

Remind her of her good sides. Tell her how much she means to you. Tell her there is more to life and more to people and more to her than she allows herself to believe in right now. Be her rock to lean on. Be good to her just like she has been good to everybody else so far.

Show her that she is actually good enough. She needs just a small push now to get back on track. I promise you, one day, you’ll be happy that you did.

Because one day, when she fully recovers, you’ll see her amazing side and you’ll thank God that you were there in her bad days and that you got to live her good days with her. Because it’s going to be memorable and worth the fight. 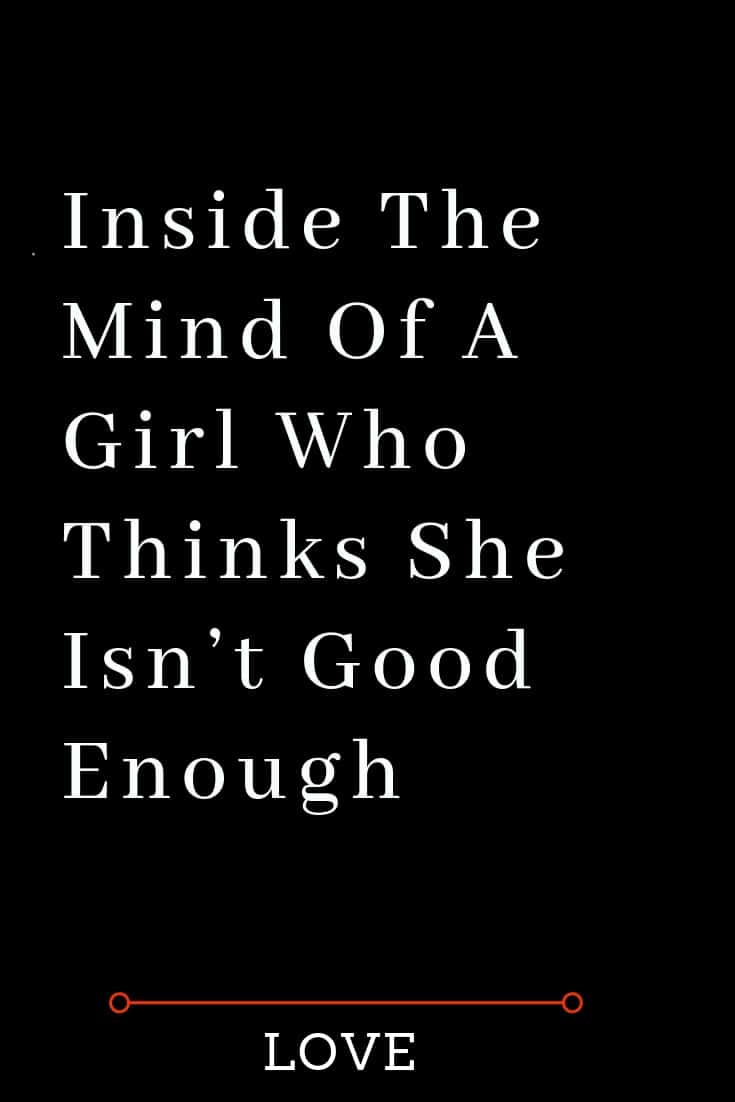 Zodiac Signs Ranked From Most To Least Crazy

Check Also
Close
Featured Posts
2023 Horoscope: Male Zodiac Signs Who Stay Forever Single In 2023 (No Matter What You Do)
19 hours ago

How These Beginning in 2023 Is Going To Test, Based On Zodiac Signs
19 hours ago

These 4 Zodiac Couples That Are Most Likely To Divorce Or Break Up In 2023, Based On Zodiac Sign
20 hours ago

Here’s What It Feels Like To Date 12 Women Of The Zodiac, Based On Your Zodiac Sign
20 hours ago