If Your Boyfriend Does These 7 Things, He’s In Love With You

He’s completely gaga over you!

Insecurity can kill a lot of relationships. It can be a struggle for plenty of couples to just be completely open and honest with each other. Whenever that’s the case, then it would be likely that couples may get into severe cases of misunderstanding. A lack of openness between the people in a relationship can also lead to a distrust for each other. For instance, men tend to not be as open about their feelings as girls are. Because of this, girls may end up doubting whether their men have pure intentions and authentic feelings.

That’s just an unfortunate reality that people are going to have to bear for the rest of time. Misunderstandings always happen between human beings. But we can appease all these doubts by just learning to read between the lines. Actions speak louder than words, as they say. So check to see the list below if your boyfriend is really guilty of loving you as he says. If you happen to find your boyfriend doing a lot of these things consistently, then you can bet that he is genuinely in love with you.

1. He’s the first one to send you messages in the morning.

If he sends you messages first thing in the morning, then it only means that you’re the first thing on his mind right when he wakes up. It also probably means that he went to sleep the previous night thinking of you. It means that you are the reason he wakes up every morning with a smile on his face. He always looks forward to opportunities of being with you and every day with you is a gift for him.

2. He is always checking up on you to make sure that you’re doing fine.

He genuinely cares about you. He doesn’t want to wait for you to be the one to make contact with him. He also doesn’t want to leave any doubt in your mind about whether he thinks of you. He wants you to know that you are constantly on his mind and that your safety is always a priority for him. He wants to let you know just how important you are to him, and that you are never just at the back of his mind.

3. He would bend over backwards just to make you happier.

4. You know that it makes his day whenever he sees you.

He doesn’t even necessarily have to tell you. You see it on his face whenever he lays his eyes on you. You mean so much to him that your mere presence manages to just light up his life. He experience outrageous fits of joy whenever he is in your company and he just can’t get enough of you.

Another great sign that your man is genuinely in love with you is if he actually makes an effort to hear and listen to what you have to say. He is a guy who would willingly listen to you rant about just about anything. If you come home after a bad day and you just want someone to vent to, he is going to be there for you with a willing ear.

6. He genuinely takes an interest in you.

7. He tries his best to protect you but he also respects your freedom. 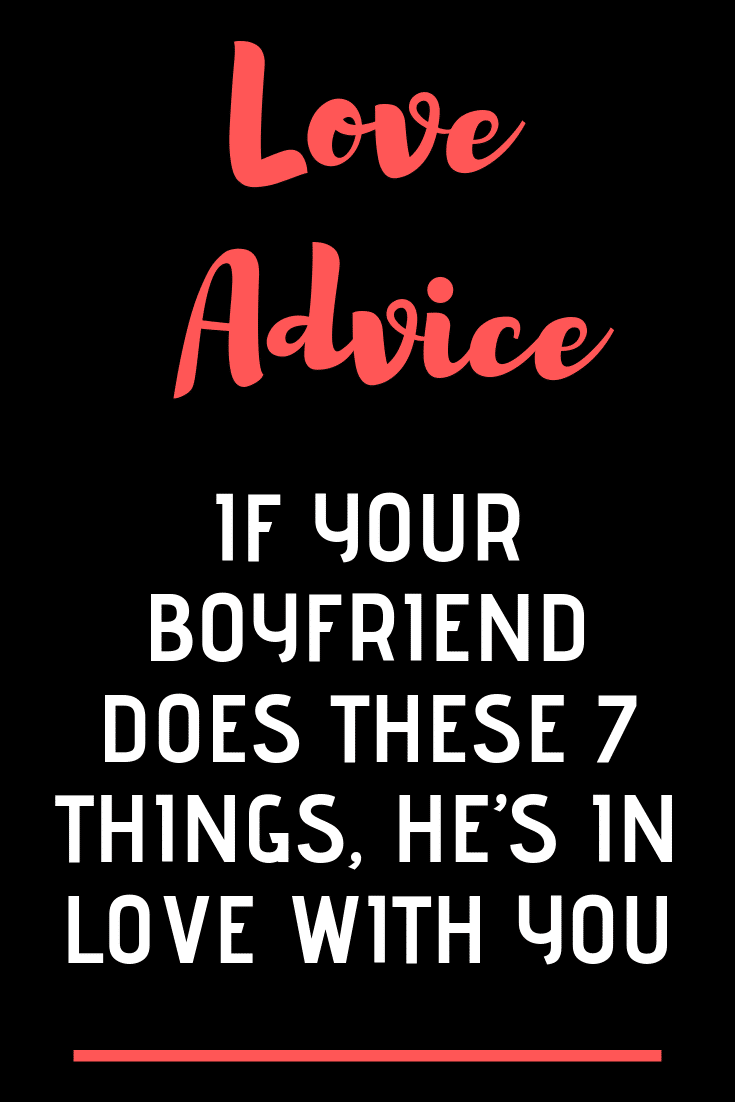 THE BIGGEST LIFE-CHANGING SURPRISE WAITING FOR YOU IN 2020, ACCORDING TO YOUR ZODIAC SIGN

Are you wondering what the New Year has in store for you? What life lesson is waiting for you right behind the corner of...

We all have that inner gut feeling that tells us whether a relationship is destined to work out or not. While we might want to...

What Do Men Want In A Woman? 25 Traits Of The Ultimate Dream Girl

One of the most famous questions nowadays is without a doubt, “What do men want in a woman?” Are they only interested in your looks,...

The New Moon in April 2021 is the excellent time to shock things and start innovative jobs given that the changing winds come with...
𝐓𝐡𝐞 𝐭𝐡𝐨𝐮𝐠𝐡𝐭 𝐜𝐚𝐭𝐚𝐥𝐨𝐠𝐬 is an Educational & Entertainment Platform theme. Our Team Publishes 100+ Content On Weekend/Monthly. We will motivate the needs of any person & make them inspire instantly You, Will, admit Once You Begin Your Journey With Us. The Thought Catalogs platform is a perfect choice.
© Copyright © 2022 - All Rights Reserved | TheThoughtCatalogs.