Mostly all of us dream about being in a relationship and as far away from the dating horror as possible. We want to have a sure thing, someone we know loves us and respects us. Someone we can lean on and count on when we have problems.

But wishes are one thing and reality is completely another. Not everything is that easy, especially not dating and relationships.

Here are some of the major red flags that happen when you are in a relationship that will warn you in time that your relationship is falling apart:

1. One person has more control than the other

In a relationship, control should be divided equally. If one person has more power than the other and he or she always gets things their way, then that relationship is not the one you want to be in. It’s not fair and sooner or later, the person who is in the submissive position will wake up and realize they don’t want to be in that position and things will soon fall apart.

Actually, the first step is to ask for equality but it probably won’t happen, so the next step is to leave.

2. You have trust issues

Trust is the most important ground to build your relationship on. Without trust, there won’t be security or safety and there will be a lot of jealousy. That relationship is set to fail right from the start. Now, trust issues come from two different sources. One is justified and the other is not.

When a person doesn’t keep their promises and breaks their word every time, it’s normal to expect trust issues from the other party but if there are trust issues based on jealousy or stuff like that, then your relationship is set to fail. The person you’re with won’t ever change and the best thing you can do is leave right away.

3. You’re not putting your relationship first

If suddenly both of you stop trying, don’t expect your relationship to keep on going. It’s like nurturing and watering a plant; if you stop giving it water, it will dry out and die.

4. You make excuses for your partner’s bad behavior

You have to wake up from the dream you’re living in because the problems won’t just go away. You have to deal with them. Try to talk to your partner and explain that his behavior is hurting and bothering you. If he doesn’t get it and continues doing that, then be sure that your relationship is going nowhere.

5. They are pushing your buttons

Your partner is constantly testing your boundaries. He’s testing how far he can go and what you find acceptable or not. This will go on for as long as you don’t put your foot down and say enough. Don’t let anyone bully you into things you don’t want to do. Speak up for yourself and get your control back.

6. They constantly criticize you

In your relationship, you can’t shake the feeling that you are not good enough. Somehow, everything you do is not fine with him. He always finds something to criticize you about. This can leave serious consequences on a person. After some time, you really start believing that you are incompetent or stupid. Your self-esteem falls below zero and it’s hard to get it back.

If this happens in your relationship, it’s a huge red flag and a warning sign to get out of it! It will never stop because you’re being emotionally manipulated. Stand up for yourself and end it because it will end anyway.

7. You don’t talk to each other

Communication is one of the essential things you have to have to point your relationship in the right direction. But you also have to know which things to say and which to let go of. You have to be smart about it because sometimes you don’t think things through and you say the first thing that comes to mind. The result of that is usually an argument.

But, most of the time, you have to talk to your partner and say what’s on your mind, if there is something that is bothering you or pretty much anything else. If you want a long-term and honest relationship, you have to have these things. If you don’t, then keep on searching because this what you have is not a good relationship. 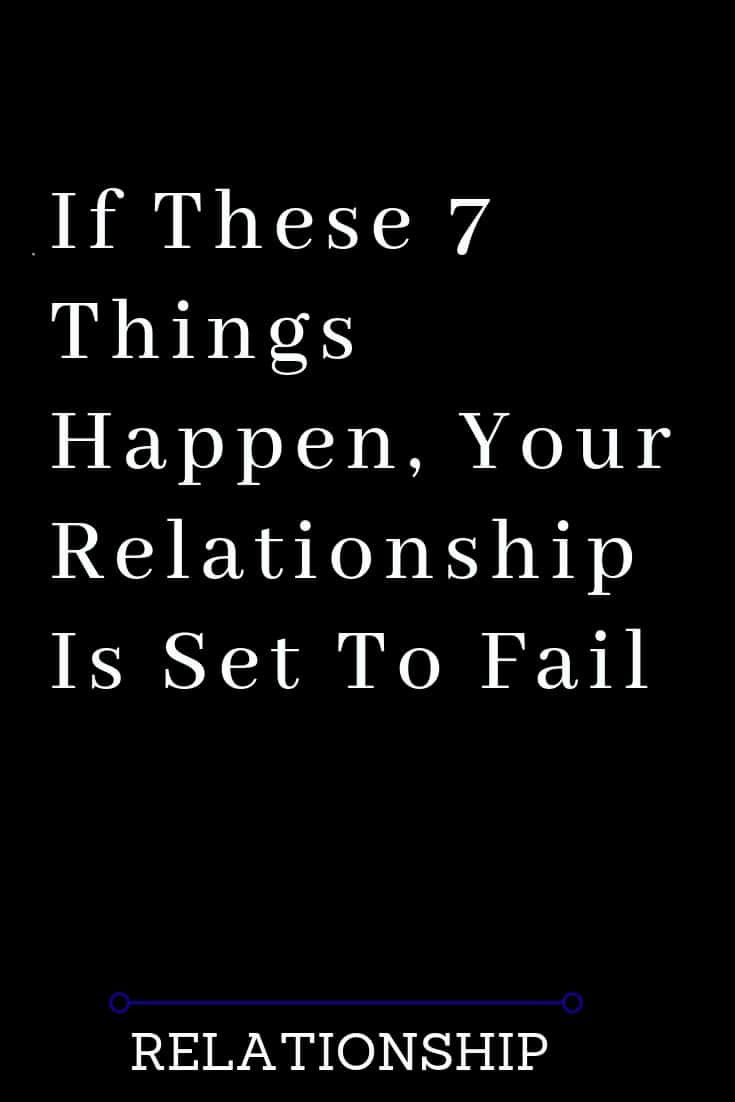 5 SIGNS YOU ARE JUST CONVENIENT FOR HIM