It’s pretty much impossible to know what goes around guys’ heads because every individual has their own perspective on life and how things should work out. But when speaking about the more tender gender, research shows that men are attracted to certain things that women have.

These things, or traits women have, are what make them desirable and they are the reason men are attracted to them.

This is what most men look for in women although they will not usually present this as one of the most important of women’s traits. They want to be able to talk to their partner honestly and openly without beating around the bush. They want to seek shelter and gain emotional support when talking about their biggest problems and dead-end situations.

Men find this trait irresistible because they know when they meet a woman like this, they can trust her unconditionally.

Independence is what really gets men going. This is something that turns them on. This kind of independence doesn’t refer to financial independence, although they wouldn’t object if that was the case. It refers to a woman who is strong enough and who knows what she wants in life. She has goals of her own and she has the will to achieve them.

This refers to women who have their own hobbies and aspirations, and they don’t depend on anyone. Guys will always let these kinds of women into their lives because they see them as powerfully irresistible.

Calmness is something men adore in women. They want women to give them enough time and not pressure them to do anything. Most men have the tendency to react poorly when they are under pressure. They don’t like to be pushed into doing things they don’t want to do.

So when a woman calls them or texts them every half an hour to see if they did what she told them, they crack. They want their partner to be calm and understanding.

4. They treat men as their equals

It’s a fact that most ‘normal’ men respect and believe in equality of the genders. We no longer live in an era where a woman’s only role was to stay at home and take care of the kids and do chores.

So when they meet a woman who actually thinks that men and women are equal in everything, including ‘women’s’ responsibilities, they get attracted to her in a heartbeat. These kinds of women make men aware that they are worldly, well-educated and that they won’t put up with injustice.

Most men think that wise women are attractive women. Why? Because they are mature, they know what they want and they speak their minds every single time. Besides that, maturity helps you handle awkward situations with ease without all the drama.

These women will react every time they spot bad behavior and they will tell you what they don’t like because they want to change things for the better. They want to help you grow and become a better man.

This goes both ways; men don’t like women without manners as much as women don’t like rude and harsh men. A woman who doesn’t know how to behave herself is a complete turn-off for almost every man.

Taking that into consideration, a woman who knows how to behave and who knows to use her manners is a completely irresistible woman. 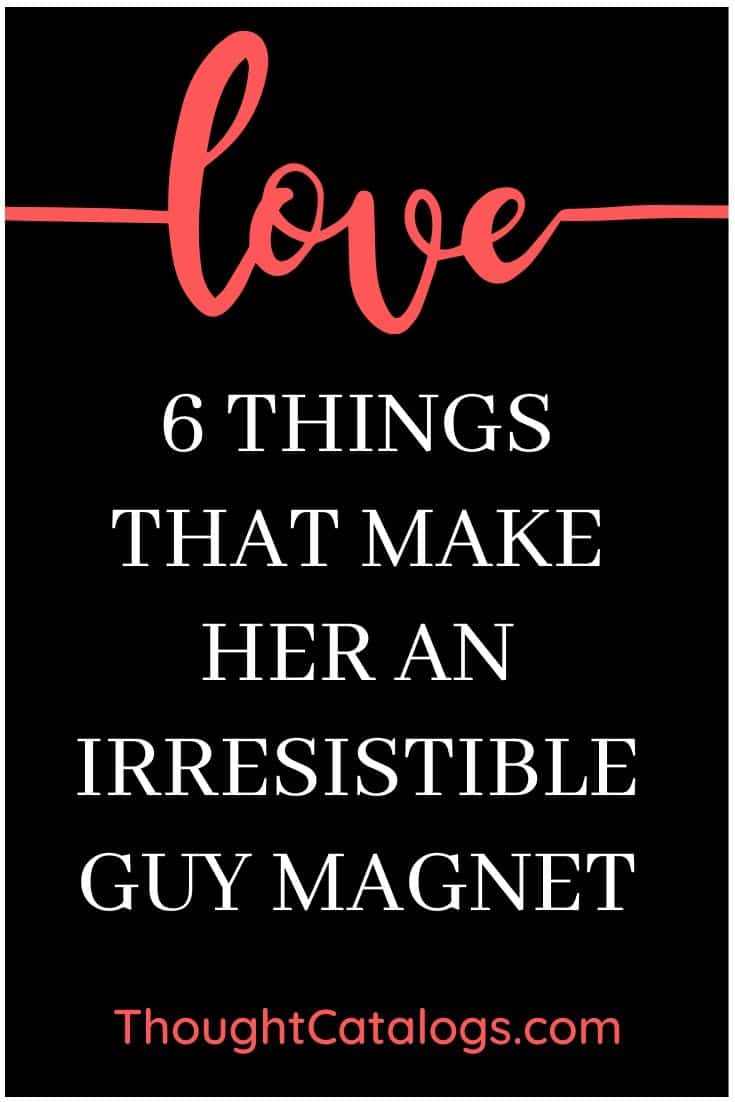