I bet most of you have met a compulsive liar at least once in your life. It is a person who lies out of habit to make himself feel better and to boost his ego. He invents stories that never happened just to make himself look better than he is. Guys often do this to impress girls they are dating. But in fact, they are just creating the contra effect because once girls find out that they have been lying, they will lose faith in them and they will never trust them again. If you think that your partner may be a compulsive liar but you are not quite sure about that, here are some proven signs that he is worse than he represented.

When you look at your man telling you something and for no reason you think that he is lying to you, you can bet that he really is. He just can’t control himself and he needs to tell some lies to you. He does that to represent himself in a better light or to prove to you that he is a true alpha male who can save you from all your problems. He is the kind of a man who tells you that he will handle things but in the end, he doesn’t do anything about that. He just has the need to lie and to make you believe in all his lies. In this way, he feels like he can control you and make you do everything that he says.

2. By lying he seeks attention

A man like this is someone who doesn’t have a lot of self-esteem, so he will try to find it in others. That’s why he will always seek your attention and want you to focus only on him. He thinks telling you some lies will make him more interesting, so he will do anything for you to like him. In fact, a man like this acts like a child not really knowing what to do with his life, constantly seeking someone who will tap him on his shoulder and tell him how amazing he is.

A man like this doesn’t like his life and that is the main reason he lies. He thinks that he will attract you if he tells you something nice about himself that is, of course, a lie. But he doesn’t think about what will happen when you realize that he is not the man he represented to be. So, you will hear stories that he is extremely rich, that he has people who are in high positions and that people adore him. Maybe some girls will fall for that, but the one who can smell a compulsive liar will immediately know that he is just a big fat liar and she won’t let him to make a fool out of her. Click Here To Discover How To Understand & Attract Any Man

There are beginners and advanced liars. Those who didn’t master this skill will probably look at the floor or aside while they are talking to you. On the other side, those advanced will look you straight in the eye and still be able to remain calm while lying to you. So, it is very difficult to see who is lying and who is telling the truth. But what you need to pay attention to is their body language because sooner or later, it will betray them.

The bad thing about being a compulsive liar is that you need to remember all your lies. And that is pretty hard for a lot of people, though. So, if you catch your partner telling you one story one day and something completely different the next one, you can bet he is leading you on. Once you catch him, he will try to smooth the situation over by telling you all those things you are craving to hear, but don’t let him to get away with that so easily. Teach him a lesson he will never forget. Click Here To Discover How To Understand & Attract Any Man

6. They believe in their own lies

This is something that lines up with common sense. The thing about compulsive liars is that they will begin to believe in their own lies once they tell them. They believe them so hard that they would pass the polygraph itself. And it is sick. It is really sick, so if you feel that something is not right, then it probably isn’t. So just listen to your intuition and never let any compulsive liar convince you of something that is not true. In the end, the best thing you can do with someone like this is to just let them go believe in their own things—but far away from you. Life is too short to spend it with someone who can’t even look you in the eyes and tell you the truth. 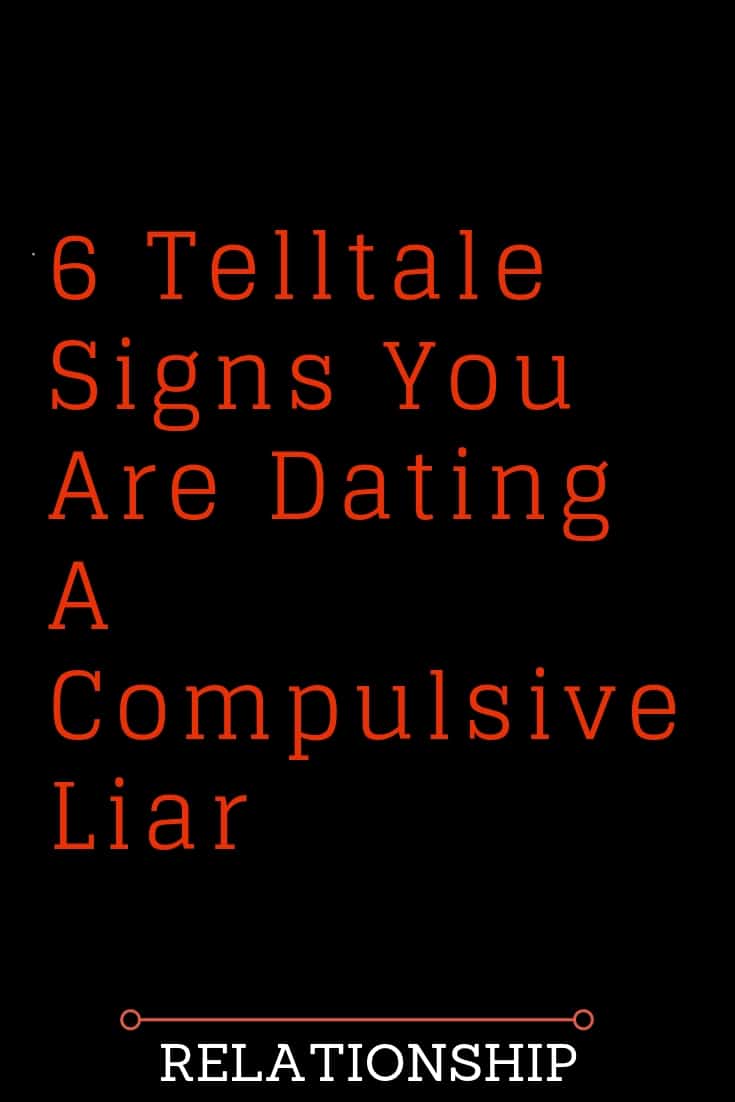