Do you feel like your man doesn’t see you as a priority anymore, even if you are doing your best to please him?

Do you feel that his friends and other women are more important than you and you feel like you are losing your mind?

Well, worry no more because believe it or not, you can make your guy treat you right. If you just use your intellect and a few old tricks, you will make him give you everything that you deserve.

You won’t question yourself about if you are good enough or worthy enough but instead you will be able to live the life you deserve.
And here is how!

1. Tell him what you need

In some aspects of life, men are simpler than women. They are not as good at reading between the lines, so if you want or need something, just let your man know. Because if you don’t tell him, he won’t know.

Heck, he won’t even try to find out! He thinks that you will ask him whatever you want but he doesn’t get that it takes a lot of courage to ask some things.

So, if your man is someone you really love and you want him to treat you better, talk to him openly. Tell him about the way you feel and how some of his actions can hurt you. Ask him what he would do if he was in your shoes and try to explain that you don’t want to take away anything from him but that you only want some respect and love.
If he can’t understand that and if he doesn’t even make an effort to satisfy you, every other conversation will be in vain. I guess you simply weren’t meant to be.

If you don’t respect yourself, you won’t be able to get the respect from your partner either. If you are letting him walk all over you and do whatever he wants, I don’t think you will find luck in that kind of a relationship.

But you should know that you also need to respect your man if you want him to respect you. If he sees that you are okay with every decision he makes and that you just nod your head to everything he says, it is usual that he will take you for granted.

He will think you are easy to handle and he won’t make any effort. That’s why you need to show him that there are certain lines you won’t cross and that he will need to go the extra mile if he wants to be with you.

The truth is that men don’t think about what they have until they lose it. So, to prevent that and to make your guy treat you right, discreetly highlight your virtues.

When he sees that you are a high-quality woman, he will start respecting you and treating you right. He won’t even think about hitting on another woman because he will feel totally satisfied with you.

In fact, he can get nervous when there are other men in your company and he will make an extra effort to make you stay interested in him.

4. Have your own opinions

If you want your guy to treat you right, you need to be persistent about your opinions. You can’t just accept everything that your guy wants if you don’t feel comfortable with it.

Having a different opinion doesn’t mean anything bad. It just means that you think with your own head and that there are some things you always stick to. When a man sees that you have your own opinions and that they differ from his, he will be more interested in you.

You will be like an enigma to him and he will want to explore you better. He will want to know what drives you and what makes you lose control. If you act like this, no man will ever find you boring and you two will always have something to talk about. It really pays off to stick firmly to your opinions, right?

One thing that you need to do at the beginning of your relationship is to actually define it. Maybe your guy thinks it is just something casual while you want it to be the real deal.

Obviously, he doesn’t understand what a real relationship is all about and he is taking you for granted. If that is the issue, then you need to have one hell of a serious talk with him.

6. Don’t settle for just anything

There are a lot of women who just accept everything that happens to them in love relationships. They think that they were lucky enough to find a man and they don’t have the courage to stick to their rules and to fight for themselves and for their happiness.

You should know that this is the wrong approach. You can’t get the fairy tale if you don’t work for it. You can’t get a man to treat you right and to respect you if you don’t earn that respect. That’s why you shouldn’t settle for less than you deserve.

Remember, if you fight for your rights at the beginning of the relationship, you will be able to enjoy the rest of it. 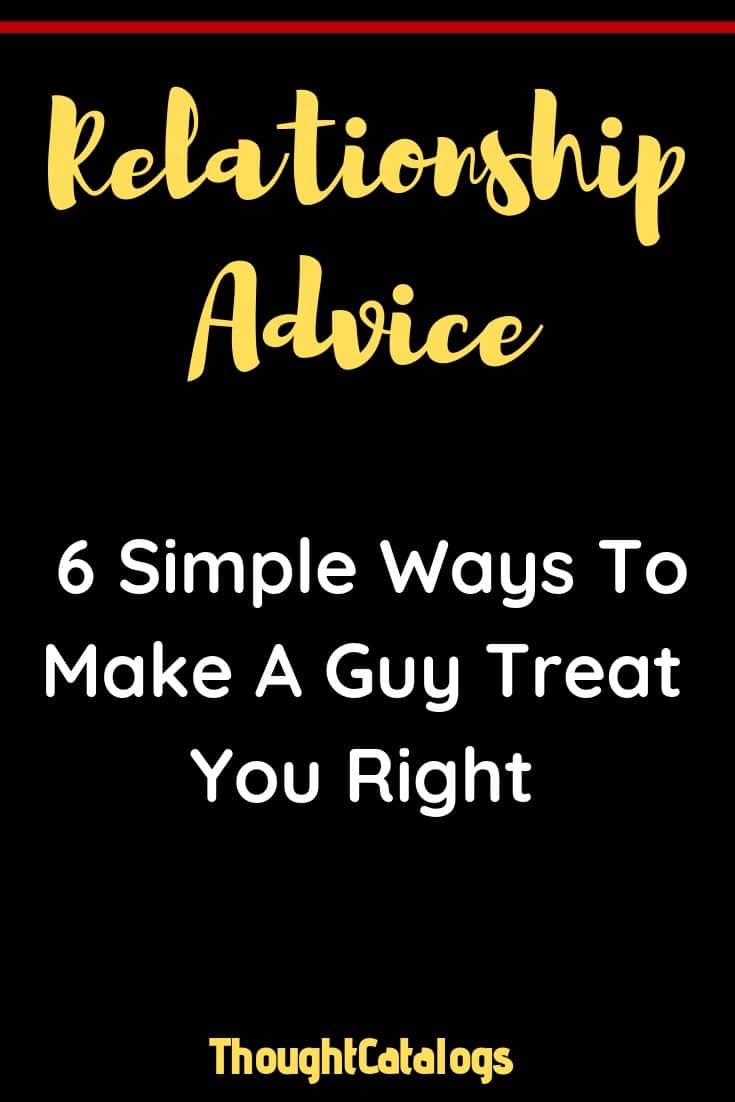 Are You Sleeping With Your Soulmate? 12 Ways To Tell