A season wouldn’t really be a season if planet Mercury didn’t decide to go retrograde and dump the contents of our lives onto the floor, trample them, and leave a big ol’ mess for us to try to clean up later. That said, Mercury retrograde summer 2019 is hurling itself in our direction faster than you can say “please re-read all your text messages before hitting send.” Mercury’s backspin begins on July 7 and goes on until July 31, and as you may know, these transits are notorious for their uncanny ability to send us into a tizzy when it comes to anything related to communication, technological devices, or getting around — meaning that we’re likely to run into obnoxious road blocks, both literally and metaphorically.

The reason for this particular brand of mayhem is rooted in Mercury’s astrological symbolism. In astrology, this planet rules over the aforementioned areas of our lives (communication, tech, travel) — and when it enters a retrograde period (during which it appears to temporarily move backward on its path instead of forward), our ability to communicate clearly, get from place to place, or function well alongside our technology gets a little twisted. This doesn’t have to be a bad thing — it’s simply the universe’s way of getting us to slow down and review where we’re at when it comes to these areas of our lives. If we try to work against the energy, though, we’re bound to run into some major frustrations.

But because our society pretty much requires our reliance on tech devices and electronic communication (not to mention working within often tightly-packed schedules), it can feel like we simply don’t have time to slow down during Mercury retrograde, and it can leave us feeling ultra frazzled. Bustle spoke with astrologer Lisa Stardust about the upcoming transit, who notes, “Mercury retrograde will play tricks on all of us, even allowing us to feel a tad out of control within our personal lives.” It’s going to be important to proceed with caution.

That all said, this particular retrograde is definitely going to hit a few signs harder than it will others, so those folks will want to take some extra time out to reflect, review, and refine their path when it comes to all-things-Mercury. Stardust weighed in on the zodiac signs Mercury retrograde summer 2019 will affect most, so read on to find out if you’re one of them.

Gemini, you know that mile-a-minute gossip is your Achilles’ heel, so do your best to reel it in during your ruling planet’s backspin — else risk some major miscommunication-induced headaches. “Ruled by trickster Mercury, this retrograde will have major affects on you, as you will be lost in a sea of gossip and drama,” warns Stardust. Think before you speak.

Ruled by the moon, your moods change as often as the tides, Cancer — but given that Mercury dipping in and out of your sign during its retrograde period, you’ll be feeling the emotional roller coaster even more intensely. “Mercury realigns with your Sun at the end of the retrograde period, which may make your emotions and feelings go up and down from high to low,” explains Stardust.

A star like you deserves to shine during their sun season, Leo — but Mercury’s backspin is slightly interrupting the flow as it retrogrades through your sign, which can definitely cramp your (flawless) style. “The majority of the retrograde will be on your Sun, which may make you extra forgetful and exhausted,” warns Stardust. Take extra time to double-check your sh*t and get some rest.

Detail-oriented as you are, the sloppiness that Mercury retrograde brings to our ability to express ourselves is endlessly frustrating. “Being ruled by chatty Mercury, who is rolling backwards, may make you feel paranoid and as if people are taking about you behind your back,” explains Stardust. Try not to jump to conclusions, and remember that no one is communicating at their most effective during this retrograde. 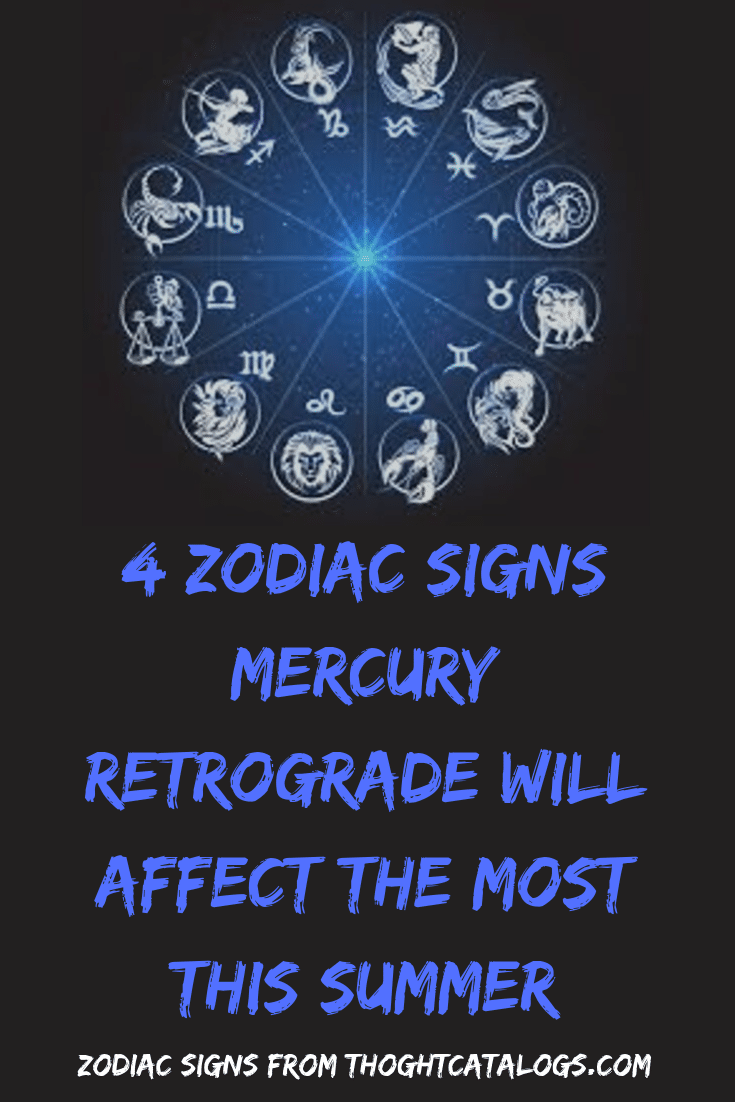 4 Zodiac Signs Headed For A Serious Relationship This Summer, So Get Pumped

What Each Zodiac Sign Craves In Love But Refuses To Acknowledge