Breaking up is always heavy stuff. Even when the guy you’re breaking things off with is the most normal dude you’ve ever dated, it still sucks big time.

You’re ending a big chunk of your life, and especially if you’re the one being dumped, it can be hard to come to terms with it.

Just like any other big change in your life, it takes some serious getting used to.

But when the guy breaking up with you is an abusive narcissist, things are more severely messed up and destructive.

A narcissist never makes anything easy. He is the one who needs to have all the control, so whatever happens, you are going to end up being on the receiving end of his vicious intent.

As I’ve mentioned above, narcissists can’t cope with not being in control.

And the minute they sense they are losing even the slightest bit of their edge over you, they will resort to drastic measures.

If he senses that you’re trying to end things or that you’ve started defying him, he’s going to make sure to be the one to end it first.

And not in a friendly manner. It is going to be according to his devious plans and it will sting AF.

If you feel like your narcissist might be getting ready to dump you, be prepared for any of the following 4 scenarios.

These are his most common choices of letting you know he’s done with you. Consider yourself warned!

1. He already has a backup romantic interest in place and he will leave you abruptly, with no explanation

When a narcissist is certain that he is going to end things with you, he makes sure to have another bedmate in place already.

He always has to have options in case things go sour. And in this case, you will have zero warning and zero explanations.

His mood will suddenly become unpredictable, he will be highly irritable and he will have a nasty attitude with you.

Remember, narcissists don’t possess the ability to feel shame and regret, so it really won’t make a difference to him if you cause a scene.

He will leave you with no apologies and he will make sure you know that he’s already got another chick to fill in for you.

And that is going to be the end of your narcissist and you. It will end as abruptly as it began.

2. He will set you up to be the bad guy by verbally abusing you and putting all the blame on you

His plan is going to be so devious and sneaky that you won’t know what hit you. Firstly, he’s going to cause minor inconveniences to make you appear really shitty.

He is going to make sure to let you know just how bad he thinks you are and he won’t mince his words.

Then, he’s going to push your buttons by doing stuff he knows you don’t like and that way, he’s going to make you go at least a little bit mad and he will use it against you.

He will set you up to appear crazy, unstable and like a bad girlfriend and he will pretend to be a poor guy who fell into your web of lies and deceit.

You won’t even understand how he’s doing it and he’ll already be gone, having achieved his goal.

You’ll be feeling like you did something wrong but all that really happened was he manipulated the shit out of you and left with his head held high.

3. He is going to give and withhold his affection to the point of driving you away

His emotions (the ones he pretends to have) will be all over the place.

One day he will adore you and shower you with love and the next day he’ll be mad about the crumbs you left on the kitchen floor.

You won’t know what to do about it, as his behavior is going to drastically escalate and the smallest things will push him over the edge.

And that’s exactly what he wants you to think. He is going to make you do all the work for him by appearing like a raging lunatic and making you end things as if it was all your idea.

This is going to be an extremely toxic atmosphere and you won’t be able to handle it for long.

While he thrives in it, you’ll simply have to put an end to it and there you go.

Just like that, it’s over and he didn’t have to pull the trigger. You did it for him.

4. He is going to use sex as a weapon to demoralize you

Sex is going to become a powerful weapon in his arsenal. He will use it against you in any way that he can.

And if you have a good sex life, it’s going to be especially difficult.

He will deny you sex when he sees you really want it. And when he notices you’re too tired to function, he’ll ask you if you’re in the mood (knowing that you’re NOT).

He is going to make you beg him to have sex with you, which is something you never thought you’d do.

But his behavior will leave you no choice. He may be a toxic waste of breath but he sure can give it to you in the sack.

And damn it, you want it one last time. And that’s how he’s going to get you. Your ego is going to suffer a big blow every time he says, “No,” and he will enjoy every second of it.

And once he’s done having his fun, he’ll end it with you, leaving you struggling to cope with the aftermath of his actions. And it will suck. Profoundly. 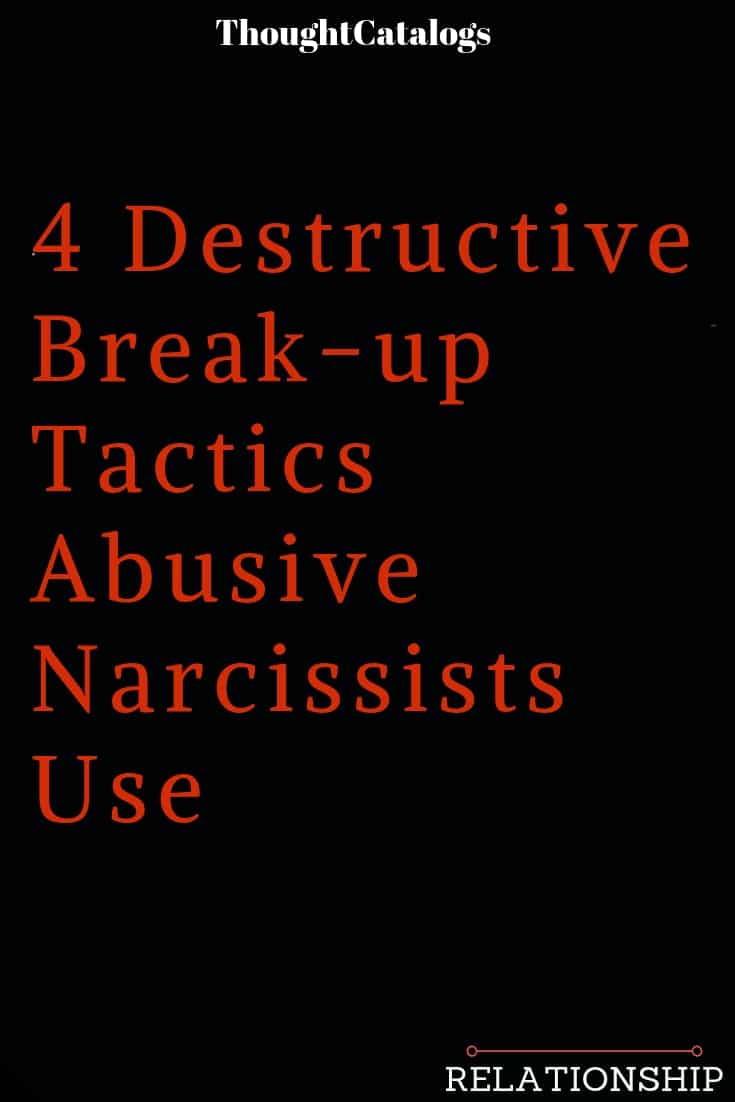 7 Signs You Have An Insecure Attachment Style

What Love Means To You Based On Your Zodiac Sign