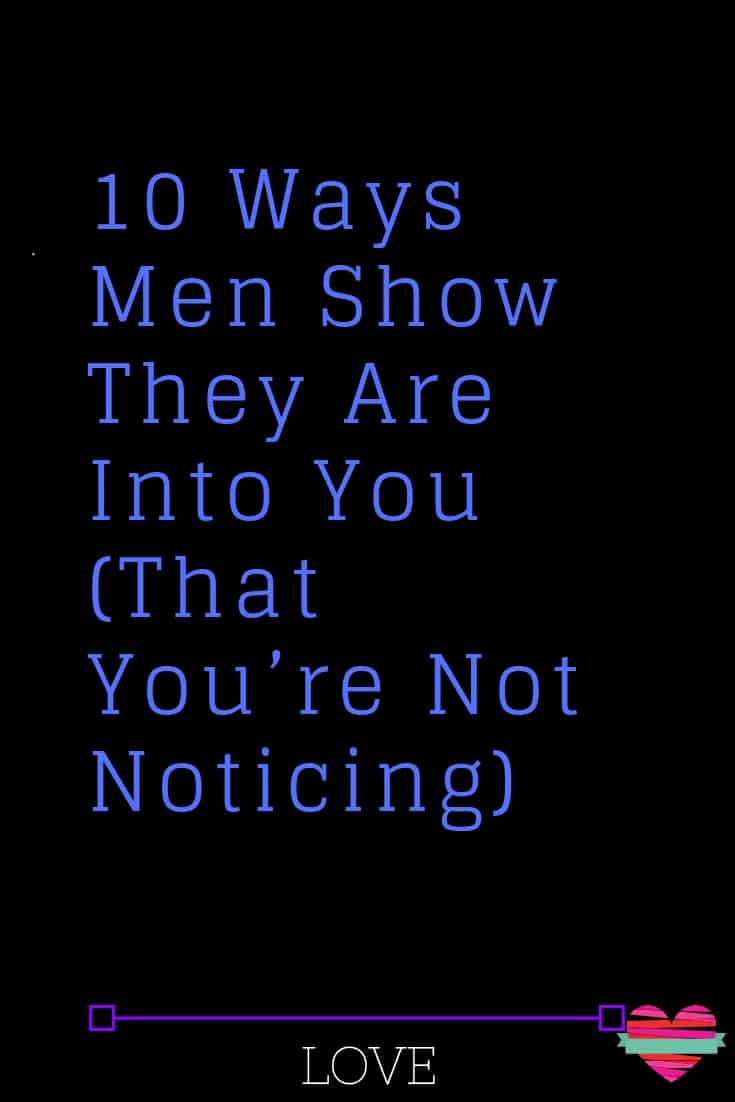 Facebook
Twitter
Pinterest
WhatsApp
Men tend to be subtle while expressing their feelings, especially early on in a relationship. They won’t be upfront about them, and they will even try to hide them. They don’t want you to think they are getting ahead of themselves and moving too fast. Most of them will want to take things slowly and really get to know the women they admire. They might take it so slowly that you might not even notice that a man is into you if you don’t pay close attention to his behaviour. Here’s how you’ll know he really likes you:

1. He finds excuses to touch you

He touches your hand while you are speaking. He brushes his leg against yours. He hugs you when you say something funny or cute. He never flinches. By engaging in body contact no matter how slight his moves might be, he is trying to tell you that he likes you. He wants you close.

2. He tends to forget about his phone when he is with you

Sometimes, you just get so caught up in a conversation that time flies. Once you stop talking and gaze at your phones, you notice that there is a double-digit number on your texts and notifications. In this day and age, a man who pays more attention to you than to his phone is super into you, and there’s no question about it.

3. He is attentive to your needs

He knows you can take care of yourself, but he enjoys pampering you a little bit. For example, he will bring beer and snacks when he comes to your place. In a crowded place like concerts or clubs, he will do his best to shield you with his body, so other people don’t push you around. He’ll make sure to bring you a drink when he goes to the bar to fetch one for himself. In this way, he wants to tell you he cares and that he likes making you happy. These little things a man does are such a big telltale sign of his true feelings.

4. He does his best to cheer you up when you are feeling down

He won’t always find the right words to make you feel better. But he will be there. He will want to know why are you so down. He will ask, text or call. The sole fact that he is taking an interest in your problems and that he notices that you are feeling down will be enough. A man who doesn’t really care won’t even notice.

5. He plans ahead when he wants to meet with you

He rarely comes out of the blue and asks you to hang out. He makes actual plans to see you. He checks if you are free and if you can meet with him even days ahead. He respects you. He doesn’t treat you like you are something casual or calls you only when it’s convenient. He loves spending time with you, and he makes an effort to achieve that.

6. He asks questions about your life, and he listens

He wants to know as much as he can about you. He is genuinely interested hearing your life stories or finding out where you stand on certain issues. His behavior makes you feel comfortable, so it’s easier to open up. You listen to him, too. You can literally talk for hours about everything and anything. You really clicked.

7. He talks about his family and friends as if you will get to know them in the future

A man’s friends and especially his family are people on whom he places the highest value. He never talks about them to somebody who he doesn’t have feelings for. If you’ve already met people so important to him, they probably said that they were looking forward to meeting you. He probably told them a lot about you.

8. He remembers the little things you have told him

Like the name of your first pet or your favorite Halloween mask. All the stupid little things you probably mentioned once stayed with him because he paid attention. A man who is not interested will forget all about things like this. But the man who is into you will find those details cute, and he will mention them somewhere along the way.

Men are sometimes just boys trapped in their adult bodies. They will always find something to tease you about. They really enjoy seeing how you will react to their little provocations. They will never be offensive, just the contrary—they will be so super cute while they tease you that you won’t be able to get really mad at them.

10. He will have that smiley grin on his face when he is with you

He will look at you when he thinks you are not paying any attention. He will catch your every move with the corners of his eyes. He will observe you, and while doing it, he won’t be able to take that smile from his face. The sole fact that he is spending time with you is making him happy, and it’s written all over his face.

The Dating Advice You Need to Hear, Based on Your Zodiac Sign

To My Future Lover, Please Know This

Wait For Someone Who Will Make You Believe In Love Again

ThoughtCatalogs - May 2, 2019 0
I know that the simplest thing to do after a break-up is to just sit down and face that all men are pigs and...