How would you feel if the person you love and consider to be the most important human being in your life actually just sees you as someone who is expendable?

This is a situation that a lot of women actually happen to find themselves in a lot. You always want to assume that the man that you’re in a relationship with is genuinely in love with you and is looking to make things work for the best in your relationship. However, that isn’t always going to be the case.

There are plenty of men out there who are just tired of being alone that they end up settling for being in relationships with women they aren’t genuinely in love with. And so they stay in these relationships until someone better happens to come along. They end up treating these women like placeholders. And that’s just downright despicable.

You would never want to find yourself in this kind of relationship with anyone. And that’s why it’s important that you always make yourself aware of your man’s intentions. If you notice that he just isn’t being sincere in his relationship with you, then you need to take action. You don’t want to be wasting your time on someone who sees you are replaceable or expendable.

You want to be in a relationship with someone who genuinely loves you for who you are. He has to be a guy who wouldn’t just drop you the second that someone better happens to come along. He shouldn’t be treating you like a mere placeholder. He should be treating you as the woman he genuinely wants to be with.

That’s why if you notice a bunch of these signs actually applying to your situation, then you might want to reassess your relationship. It’s highly possible that you’re in a relationship with a guy who is only treating you like a placeholder.

1. He automatically agrees with everything that you say.

He just automatically agrees with everything that you say. He doesn’t seem interested in trying to converse with you in a deep and meaningful manner.

2. He doesn’t really ask you about your life.

He doesn’t really express any deliberate interest in your life in an intimate capacity. It might prove that he’s not really invested in trying to get to know you better. He seems completely disconnected from who you are.

3. He doesn’t open up much about his own life.

He doesn’t really volunteer any information about his life to you. You find yourself constantly having to fish for details from him in order for him to open up.

4. He rarely ever talks about the future.

He doesn’t really ever like to talk about the future of your relationship with you. It shows that he’s not invested in making things last with you because he is just waiting for someone else to come along.

5. He doesn’t really make an effort to be nice to your friends.

He doesn’t make an effort to be nice to the most important people in your life. Whenever you ask him to go out with your friends, he always makes it seem like he’s busy or that he has better things to do with his time.

6. He mostly just spends time with you when you’re having sex.

He mostly just spends his time with you whenever he knows that sex is on the table. This is proof that he doesn’t really have a strong emotional bond or connection with you. He’s only looking for the physical fulfillment that you can offer him.

7. He seems physically and emotionally unavailable to you.

You can’t seem to get a hold of him whenever you need him. It’s as if he only ever really shows up for you whenever he wants something. But when it’s you who needs him, he makes it really difficult for you to contact him.

8. He is reluctant to define the relationship.

He exhibits a general reluctance to define the relationship with you. Whenever you try to broach the topic of your relationship, he tries to shy away from the conversation. He always gives you vague or ambiguous answers about how committed he is to you.

9. He hasn’t deleted his dating apps.

He’s still looking to keep his options open. He is still trying to see what’s out there for him. It blatantly shows that he isn’t contented with just being with you. He still wants to see if there are any other fishes in the see that he can catch.

You should also check  If a man doesn’t want to be with you, don’t force him to stay

10. Your instincts are flashing warning signs your way.

And lastly, your instincts might be telling you that something is off. Your gut might already be hard at work at telling you that you need to be wary of this guy because he doesn’t have the most genuine of intentions. 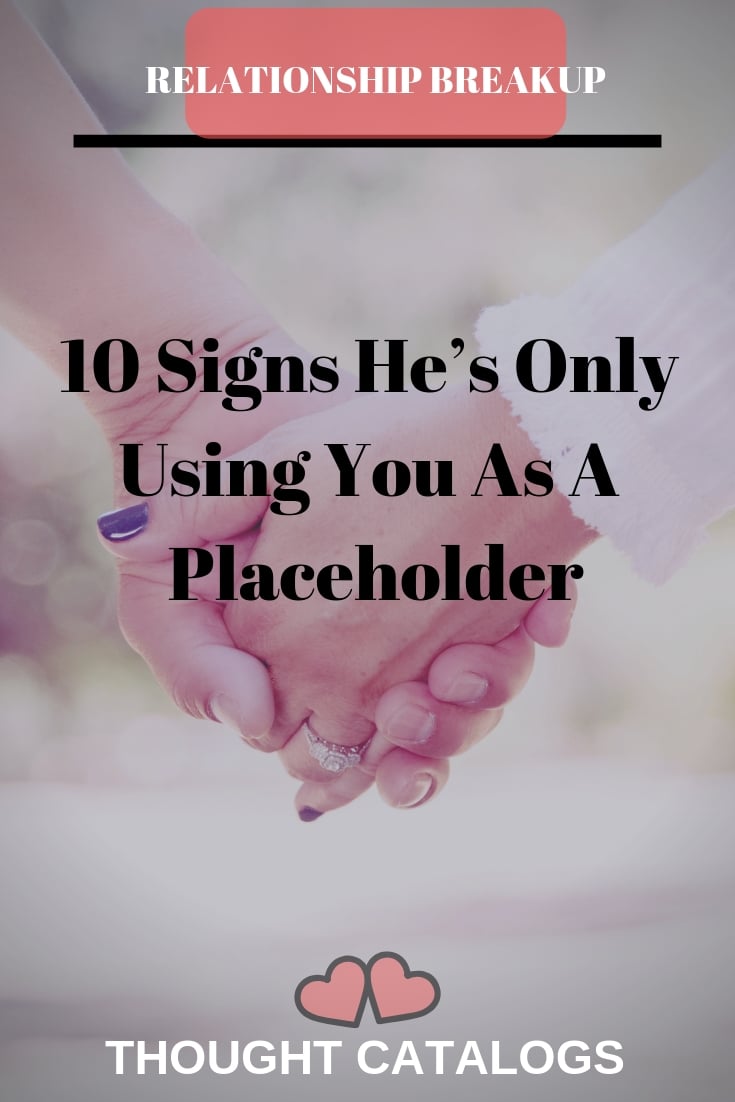 9 Bad Habits That Are Silently Killing Your Relationship