Men live in the present and they change their opinions easily, so one moment he is into you and the next, he found out something about you and he doesn’t like you anymore. Or he doesn’t like himself when he is around you. What is important in these situations is to stay calm, don’t call him, don’t text him about the reason he didn’t call. It is his loss anyway. Here you can find a few reasons why this might happen.

1. He came to the conclusion that you were not a good match.

When you meet someone, you may like him in a big way, but after two or three days you figure out that your interests are totally different and that person is not your type. This happens to men as much as it happens to women. There is no one to blame in this situation, just move on. Forcing that kind of relationship would be bad for both of you. Why he didn’t call, well, he probably didn’t know what to say and he felt like it would be impolite to tell you that he found out he didn’t like you.

3. He has met another girl.

It’s simple and brutal but it happens. Of course, he is a jerk who could have and should have called you to let you know but he was not that hot anyway.

A mature man will not let you wonder why he is suddenly gone and where it all went. He will be honest from the start. An immature and selfish guy will disappear without calling because he only thinks about his own needs and it is easier for him not to explain the reasons he thinks you should stop dating.

The easiest thing to do is disappear, and the men who end relationships in this way are real cowards. They do not have the courage to deal with a break-up, so they simply decide to hide. He probably feels that you are better than him and that you would eventually leave him.

His ex-girlfriend hurt him and he is not over her yet. He liked you and wanted to try something but he found out that he was not ready. If you know that he had some kind of situation like this, then it is probably that. It is better for you that he stopped calling, because you don’t want a guy who is still thinking about his ex.

7. You were too critical.

You have just met and maybe the jokes about his clothes or friends were not so funny to him. Women usually complain about the way men drive and if you have done that a couple of times, you probably annoyed him.

8. You were talking about your ex too much.

If you did this, then it is definitely this reason. No guy who likes you wants to hear too much about your ex-boyfriend. That is a signal to them that you still like your ex and even if that doesn’t have to be the truth, you should avoid that subject.

9. You called him too often.

If he didn’t reply to your message within ten minutes, you called him to ask what was wrong. You already asked him out on a first date, asking what he wanted to do at the weekend. You accepted all of his suggestions and ideas. You allowed him to move you around the way he wanted because you were too interested and tried too hard. Men are impressed with a self-confident woman with a wide range of her own interests. It’s boring and unattractive if you tell them, “Yes,” to everything they say, so they often stop calling that girl.

If he knows that you have more money than him and you pay for dinner, not once, but twice, he will feel miserable and insecure. A man doesn’t want to feel that way in front of a girl he likes, so he just runs away. If you know that in some way you have some kind of leverage, don’t show it at the beginning, it freaks them out. 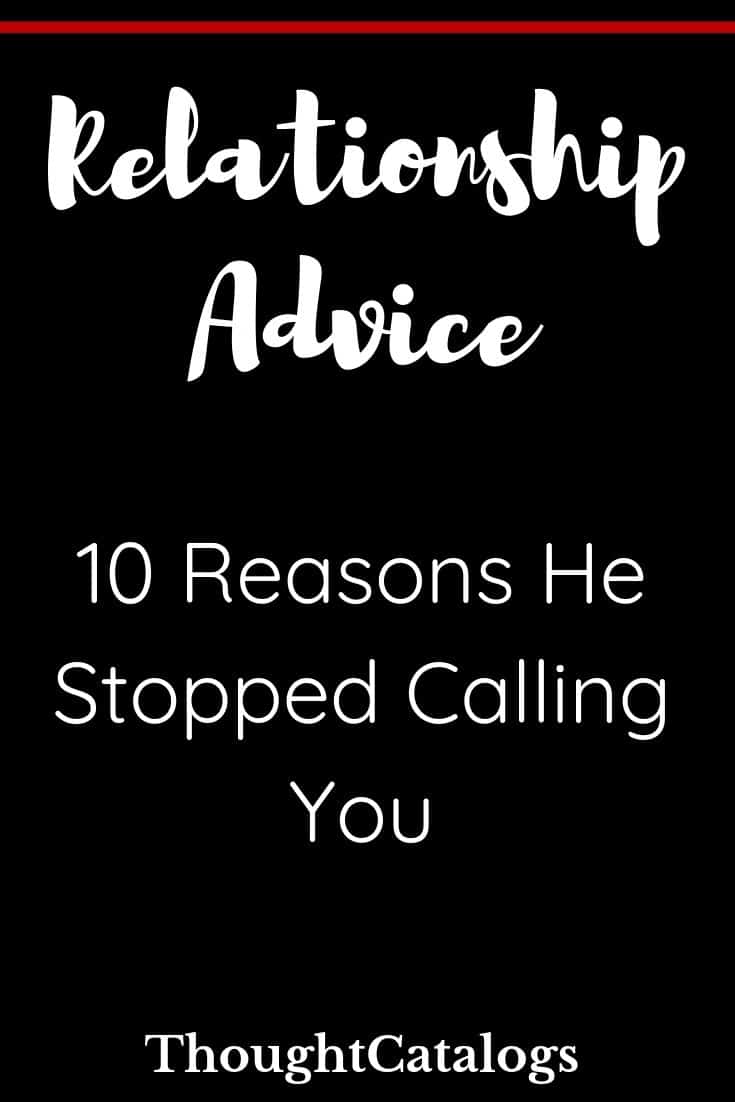 35 Signs That Your Relationship Is Coming To Its End

From Most Confident To Most Insecure: See Where Your Zodiac Ranks

This 5 Signs Will Be A Greatest Loves In 2023, According To Zodiac Sign
11 hours ago

These Zodiac Signs Whose Love Life Will Be Affected This 2023 Year, Based On Your Zodiac Sign
11 hours ago