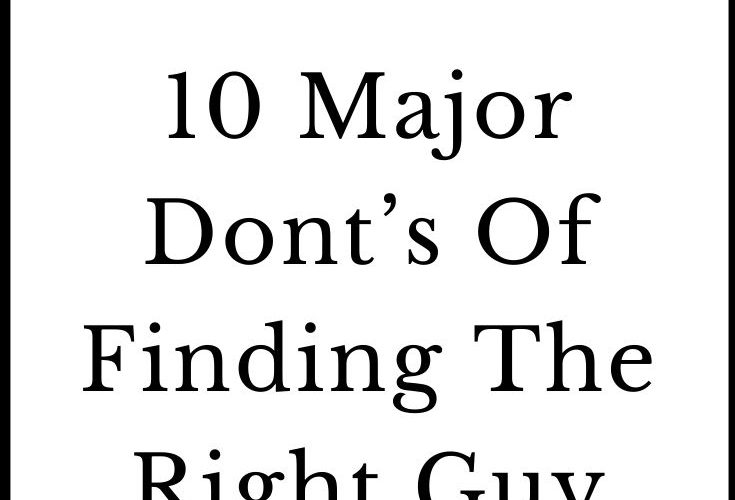 Wherever you look, there’s advice on how to find love.

Everyone keeps telling you what things you should do to attract men and how you should behave to keep them.

However, nobody focuses on the moves you shouldn’t make during your pursuit for Mr. Right.

Well, that’s about the change. We’re bringing you some of the most common mistakes many women make while dating.

The first thing on the list of things you shouldn’t think of doing while looking for your match made in heaven is being too desperate.

I know that you want to find love but please, don’t go after it at all costs.

It’s one thing being available and putting yourself out there, but chasing guys at all costs is a big no-no. Besides, trust me when I tell you that guys smell desperation a mile away.

And they run away from it as fast as they can.

You see, whenever a guy sees that a girl is too eager to be in a relationship, he will classify her as being too needy.

He gets scared that she wants to limit his freedom and cage him, so he gets an immediate impulse to save himself.

It’s completely normal that you want to commit and settle down but don’t let your entire life revolve around it. Don’t turn your pursuit for love into the only thing that matters.

2. Don’t expect someone to complete you

If you expect your boyfriend to make you happy while you feel miserable and to turn your life the right way up again, think again because it’s unlikely to happen.

Yes, the right man can make your days more beautiful and interesting, but it’s not his job to give your meaning to your existence.

You have to be content and happy with your life as it is right now first. You have to love yourself before some guy jumps into do it.

Remember: You’re not looking for another half; you’re a complete individual with or without a man by your side.

Besides, you’ll be much more attractive to the opposite s*x once they see that you don’t need them.

Show a guy that you choose to be with him, but that you could make it without him any moment, and I promise you that every one of them will go after you.

3. Don’t get yourself involved with men who are taken

So, I can’t stress this enough: Stay away from married men or guys who are in a relationship.

The hell with it, stay away from those who have unresolved situationships going on as well. They don’t have to be in a labelled relationship to mean trouble.

First of all, a man who cheats on his girl with you will never change. Even if you manage to get him to leave her and be all yours, he’ll do the same thing to you sooner or later.

Also, do you really want to be someone’s second choice?

Do you really feel okay with third-wheeling a relationship and being the other woman, when you deserve so much more?

Finally, don’t do it for the sheer sake of this girl who sits comfortably at home, thinking that her life is in perfect order while this douchebag is fooling around behind her back.

You can be her in no time and trust me, it wouldn’t be pretty.

I know that you can fall for a taken man before you realize what hit you. However, even when that happens, don’t go after your primary instincts. Let your reason take over.

I bet you have some relationship experience by now. And if you’re smart, you could have revised your behavior and come up with some kind of conclusion.

Reconsider your mistakes up till now and don’t repeat them.

For starters, stop getting yourself involved with the same type of guys – they’re clearly not cut out for you.

For example, if you have a habit of dating players who end up hurting you, shift to guys will less experience.

After that, change your dating game because everything you’ve been doing in the past clearly hasn’t worked.

If you’ve been jumping into new relationships too fast, this time, give yourself time to think things through before acting on them.

On the other hand, if your overthinking has been preventing you from relaxing and has made you lose some chances, for a change, go with the flow and be spontaneous.

5. Don’t give too many second chances

Another major “don’t” of finding love is not going back to your previous relationships.

It’s one thing if you and your ex had a small inconvenience that led to your breakup. In that case, there is nothing wrong in giving your relationship another try.

However, if this is the man you keep breaking up with and coming back to, someone you’ve given more second chances to than you can count, be honest with yourself and admit that your relationship is broken beyond repair.

Things with some people simply don’t work, as much as you try. There is no point in wasting anymore of your time on an ex you’ll never be happy with, so it’s better to say your final goodbye right now.

6. Don’t expect him to change

When you meet a man on a deeper level and realize who he really is, you have two options: accept it or walk away that instant.

Everything else is pointless and will turn into torture for both of you, sooner or later.

Remember that your  love can’t change a man who refuses to do so himself.

Even if you succeed in making some modifications, this man’s true temper and personality will swim up to surface after some time.

In the meantime, you’ll both be miserable – him because he has to pretend to be something he’s not to please you, and you because you can’t get him to become the man you want him to be, as much as you try.

After all, this kind of arrangement is everything but fair. Would you like for your partner to try and kill your spirit and mould you according to his imaginary standards?

I bet not. Well, don’t try doing it to others either.

If you think these points are going to help you find your Prince Charming on a white horse, I have to break your bubble and tell you that ain’t happening.

And you know why? Because there is no such thing as a perfect man and you shouldn’t be looking for one either.

After all, you’re not perfect either. Every guy you meet will have his set of flaws that you’ll just have to deal with.

Besides, a real life relationship is not a fairytale. The goal is to get yourself a man who’ll make an imperfectly perfect match with you.

8. …but don’t lower your standards either

You see, it’s perfectly normal if the guy you’re dating has some imperfections and character flaws.

However, if he is an abuser or a cheater, doesn’t want to commit, or has some other personality traits you consider to be deal breakers, leave him without thinking twice.

One of the biggest mistakes you can make is lowering your standards because someone told you that you’re too picky.

Instead of doing so, be proud of the fact that you know what and who you want, and stick to your guns.

9. Don’t think that love is enough…

You’re a romantic soul who believes in romance and there is nothing wrong with that. In fact, it’s nice for a change to see a girl who follows her heart in today’s world.

However, if you want to find your Mr. Right, you have to become a little more realistic. I hate to be the one to break this to you, but sometimes,  love isn’t enough.

You can love a man with your entire heart but if there is no compromise, understanding, trust, and respect between you two, it is quite unlikely that you’ll succeed.

Besides, there is a thing called compatibility. If you don’t get along with your partner and have completely different goals and views on life, love won’t be able to save your relationship.

10. …but don’t get into loveless relationships

However, even though love alone is not enough, it is still crucial.

Please, don’t allow yourself to waste time on a bunch of loveless relationships in your search for the right guy.

Naturally, you can’t grow feelings for a man the moment you start dating him.

Nevertheless, if some time goes by and you see that he hasn’t entered your heart, don’t be scared to walk away, no matter how great this guy might be. 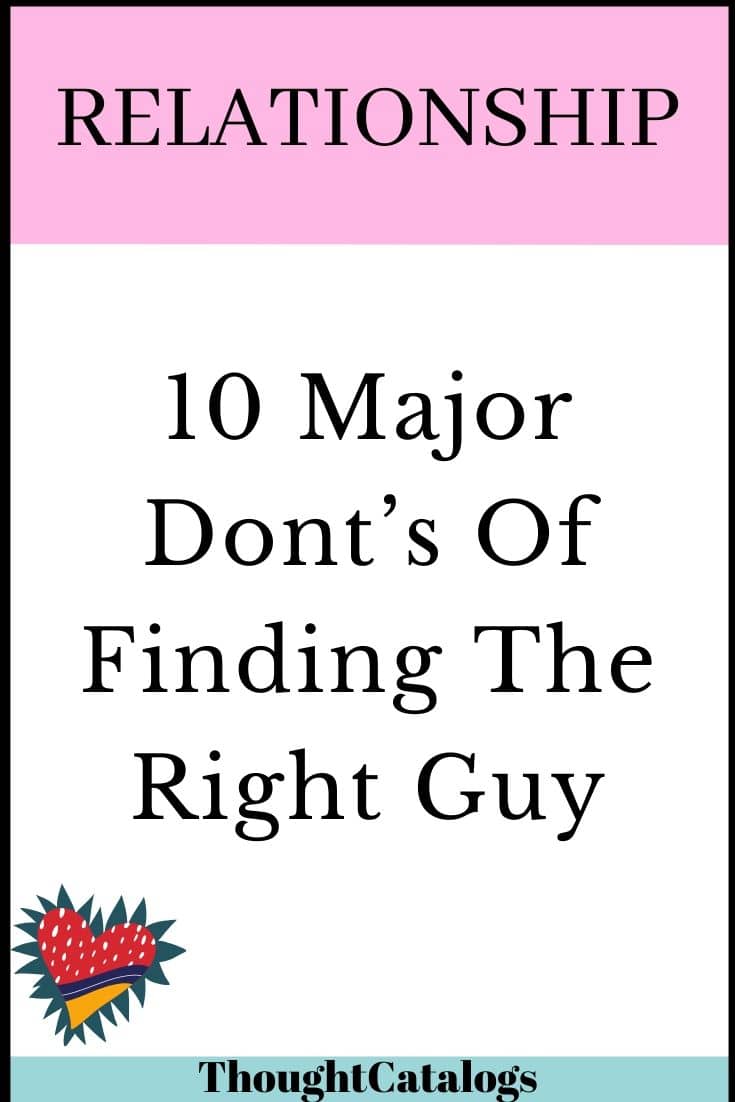