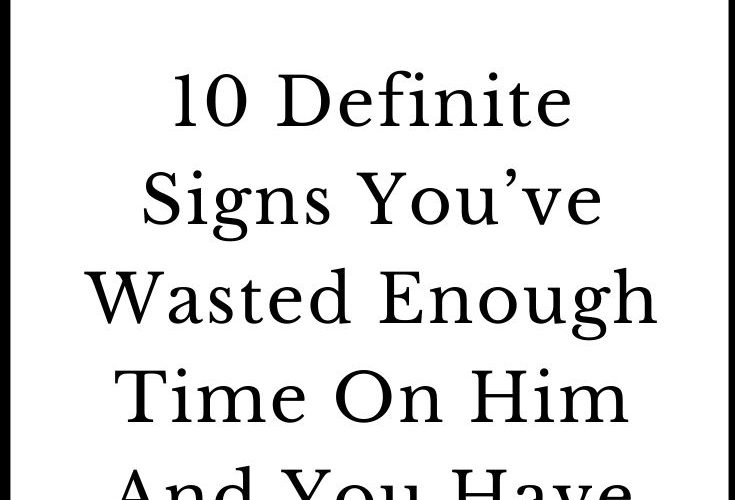 Unfortunately, sometimes it’s just not meant to be and you can do absolutely nothing about it. You can’t go against destiny.

Really, sometimes your only option is to give up and move on. You have to know when it’s time to let him go because something better is waiting for you in the future and you have to be ready for it.

Here are some definite signs that will help you understand when it’s time to stop fighting for your relationship and move on.

In the beginning, he did little things to prove his love for you every day. He was attentive, planned romantic dates, and he wanted to spend every minute of his free time with you.

That all is gone now. You feel lonely most of the time because you barely spend any time together. There are no more romantic surprises and you just feel that the spark is fading away.

You are probably right and you should at least talk to him about it and see what’s going on. If your feelings are not reciprocated, you shouldn’t waste a minute more of your time on him.

A lot of things can be fixed but when there are no feelings from both sides, the relationship is doomed

You aren’t his priority

If you treat him like he is the most important person in your life and he doesn’t make you his priority, then you should think about your relationship.

You should know your worth and you should never fight for someone who puts everything and everyone ahead of you. It’s not worth it.

He doesn’t treat you the way you deserve

No matter how much you love him, you always have to love yourself more. You must know how much you are worth and what you deserve and you should never settle for any less than that.

If he mistreats you, it’s because he doesn’t love you. He uses your honest feelings because he believes you won’t leave him, no matter what he does to you.

Don’t ever allow this to  happen. Show him that he can’t play with you simply because you’ve shown him that you love him.

He doesn’t appreciate you enough

Your feelings matter. Your opinion is important. He has to respect it and never take it for granted. You should make all decisions together.

Obviously, there is a reason for this procrastination. If you wait for too long for him to make your relationship more serious, you’ll only suffer and you might also miss some other great things.

You don’t see yourself with him in the future

Think about your future for a moment. Is he included in all of your plans for the future? Are you sure that he is the man you want to spend the rest of your life with?

If you can’t picture yourself with him in the future, then you shouldn’t waste your time in the relationship.

It feels like you are in a one-sided relationship

You are the only one who makes any effort to make the relationship work. You share very deep feelings for your significant other but you are aware that your feelings aren’t reciprocated.

You’ve poured yourself into the relationship but you still haven’t gotten anything out of it. Being in a one-sided relationship is the worst feeling ever. If you’ve found yourself in one, you should step back and let it go.

You have to trust each other and be able to open up to one another and talk about the things that bother you in the relationship.

If there is poor communication between you, your relationship is doomed to failure already. It’s just a matter of time before one of you realizes this.

Your family and friends advise you to break up

If your family and friends support your decision to break up and even advise you to do so, you should listen to them because they are people who want only the best for you.

They know how much you’ve tried to make the relationship work and they are also aware of the fact that he isn’t the right guy for you. They know that you deserve so much more than what he’s giving you.

There is no chemistry between you anymore

Physical intimacy is important for every healthy relationship. It creates a stronger bond between you. That kind of closeness is what keeps the spark in your relationship alive.

If you can’t feel the real connection with your man, if there is no chemistry between you, it means that there is also no love.

If there is no love, then what’s the point of fighting for your relationship?

Love is something that can never be forced and sometimes it’s truly better to be single than stuck in a relationship with someone who doesn’t make you feel loved and happy. 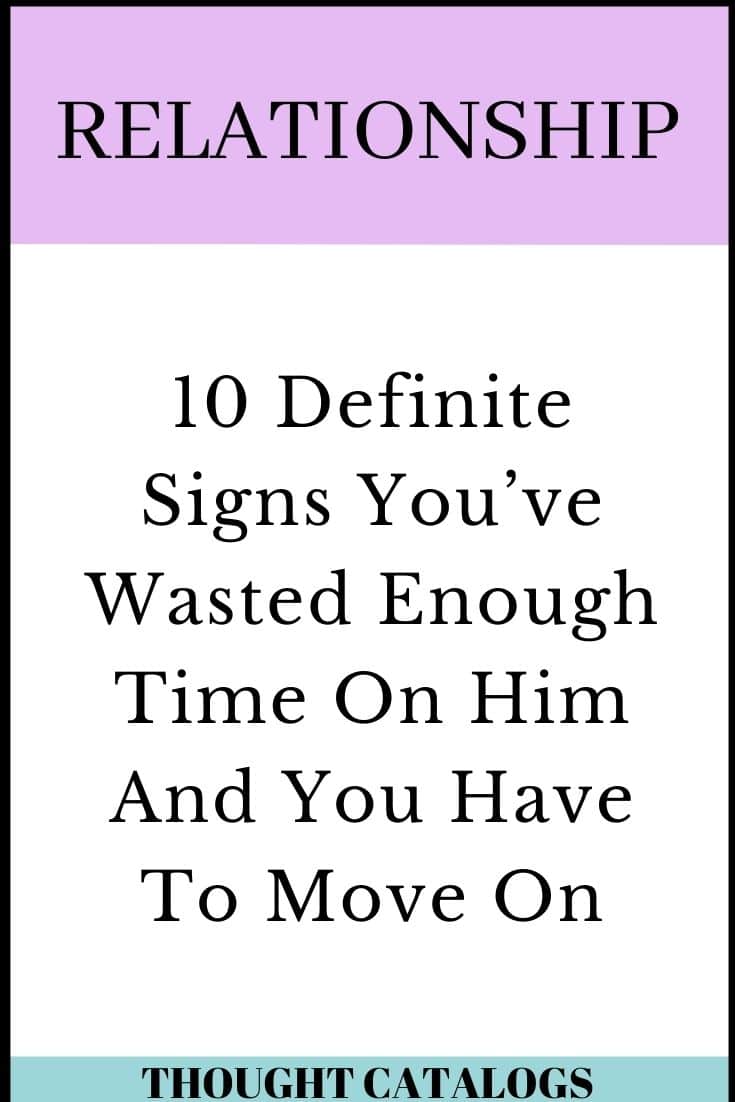