It started like a bright, warm, summer’s day. He was charming and he made you feel like no other man ever had. Together, you shared important personal experiences and he seemed to be everything you had ever wanted. In the beginning, he was always there for you. He was always making you laugh and complimenting you on your beauty. He told you that he had never met a girl like you before and that he could see himself marrying you one day. Piece by piece, you became a part of his world—the world of a narcissist.

And without realizing it, the dark clouds began to roll in and slowly he became the drug that you couldn’t live without.

That’s when the small patters of rain began to fall.

He would discard you for days at a time and then make you sit and listen to every detail of his latest intimate conquests. He explained to you that these relations with other girls were necessary due to you being unable to satisfy his needs, even though he was the one who had chosen to cut you off. You later found out that these ‘other girls’ were more than just flings, that he was also in ‘committed’ relationships with them. He twisted their minds too and in order to save him from the erupting explosion of emotion, you lied for him because you loved him that much.

Then the rain clouds became a thunderstorm. The lightning started and you began to panic and search for shelter but suddenly realized that you were stood out in the open with nowhere to hide.

He made sure that you were always in the wrong and that everything was always your fault. He crushed you in every way possible and tried to trip you up at every possible opportunity until, eventually, you fell. You fell into the oncoming flood from the storm that he had created.

But remember this: you did not fall because you were weak but because he used your love for him as a weapon against you to break you down.

And when the flood waters started to recede, you realized that you were kneeling alone, because he never had any intention of being there to keep you safe or to love you. He told you that you were his everything but he had lied.

And until you find him, you have yourself. You begin to realize that you are perfect and that you understand you. The light of your new life will begin to radiate out from within you, due to the smiles you create. You will help yourself up from the ground on which you are currently kneeling and over time you will slowly learn to love life again. It will be hard and it may seem as if the journey will never end but one day, something will change and you will end that day feeling the first sense of relief from your nightmare. And from that point onward, it will only get easier.

And then, one day, you will find him. Love will look for you, and it will find you, and after everything you have been through, life will finally give you your greatest prize. He will be perfect for you. He will be your best friend, he will understand you more than anyone ever has, and he will make sure that you never stop smiling. To him, if you stop smiling his whole world will stop. He will be the final piece of your puzzle and he will be the one to finally help you rise.

In the past you fell, and now it is time to begin to rise up into your future. 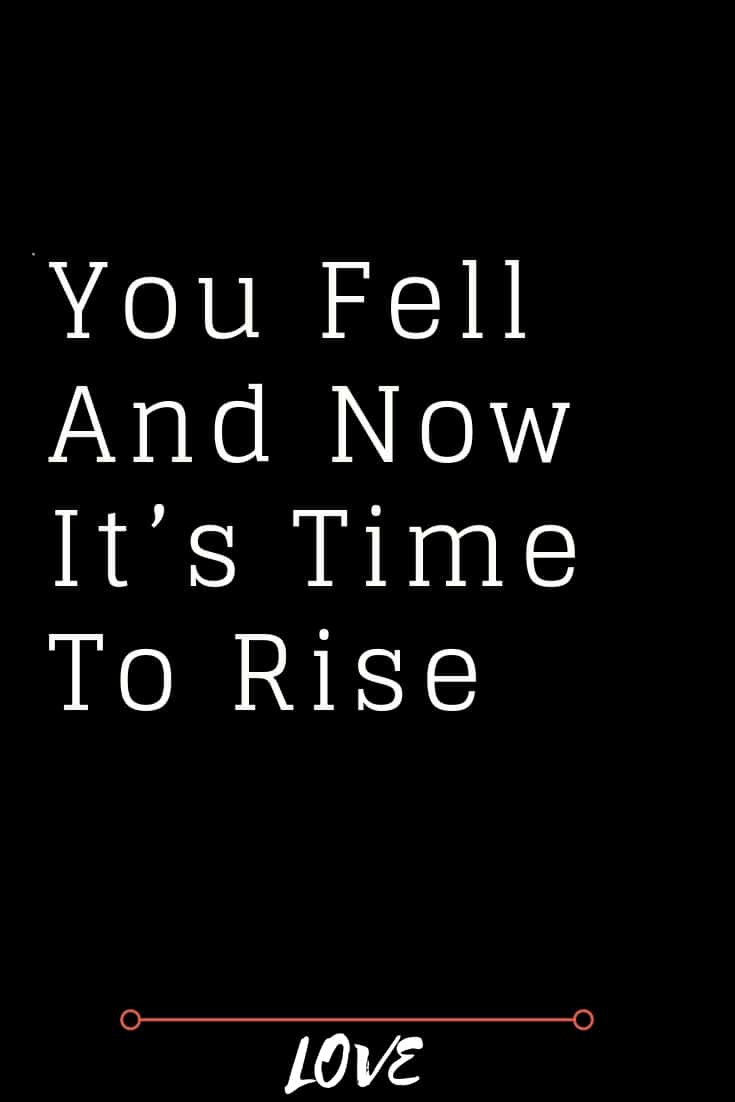 Fear And Faith To Love Again

Check Also
Close
Featured Posts
These Zodiac Signs Ranked From Nicest To Cattiest, Based On Zodiac Sign
7 hours ago

These 3 Zodiacs Who Absolutely Hate Catching Feelings In February & March 2023, Based On Zodiac Sign
7 hours ago

These Zodiac Signs Ranked From Most Psychic To Totally Clueless in 2023, Based On Zodiac Sign
7 hours ago

These 4 Zodiacs Who Will Walk Away If They Catch You In A Lie In 2023, Based On Zodiac
7 hours ago