Why Your Zodiac Sign Feels Emotionally Unstable At Times, Per Astrology

Emotions can be hard to understand.

A major part of being human and being alive is being emotional.

Our emotions rule us to some degree whether we want them to or not.

Stifling and controlling them can work to some degree, but really we can’t stop our feelings from boiling up inside of us and demanding to be set free. Some people have issues when it comes to controlling their feelings that require help and support.

They may have gone through a tough time in life, either by losing a loved one or moving due to a family being in the military for some time period. Each person goes through changes in life. How those changes are processed can involve zodiac sign personality traits.

Everyone experiences this at some point. Biting back words of anger in the workplace, trying not to cry in a fight, trying to contain or hide the feelings you have for someone. We’re an emotional bunch, and it’s impossible to shut down those emotions completely at all.

Using astrology, we’ve taken the time to talk about how emotionally unstable each horoscope sign is and why!

Aries is a sign known for being temperamental and moody. Their emotions can be somewhat unpredictable and they can also hit hard. Each emotion tends to be very strong, and although they may bounce back quickly, it’s still not good to be caught in the crossfire in a bad moment.

You know exactly what you’re getting with a Taurus. Although they can be stubborn, they tend to be very honest about how they feel which means you won’t have any surprises with how they feel. They also tend to be very even keeled, staying at a strong neutral point and only getting emotional if the situation calls for it.

A Gemini doesn’t strongly swing one way to another, although they can be inconsistent. A Gemini can easily switch between playful and serious when needed, but they don’t experience wild mood swings or have intense emotional responses automatically.

One might guess that because they are somewhat indecisive that they would struggle with being more emotionally unpredictable, but they really do have a strong emotional intelligence.

A Cancer is naturally sympathetic to the people around them. They also tend to linger on the more pessimistic and moody side of the spectrum, meaning that they can be much more negative and unpredictable, largely based on others around them. Their emotional sensitivity is also higher, meaning they may feel very strongly about small things.

Presenting as very professional, respectable, and capable: a Leo doesn’t have time for emotional unpredictability. They do come off as very cheerful and warm, their natural emotional state. However, contrary to Cancers, they are very well grounded and don’t experience as many emotional ups and downs as a whole.

A Virgo is naturally detail oriented and driven to logical responses. Because of the way they look at the world, they tend to have a logical response first and an emotional one second. Their analytical side holds onto the reins making them emotionally reliable and stable.

Libra is a very diplomatic and fair minded sign. They are very well grounded at a sort of neutral point, and fluctuate from there instead of being more irrational and extreme as other signs might naturally be. Their emotional responses always seem to be well justified and honest.

They are also a very gentle and thoughtful sign that hates confrontation, meaning that they may be likely to avoid it even if they are feeling emotional about something.

It’s obvious that a Scorpio is naturally much more emotional and at times volatile than many other signs. Their emotions are powerful and they are a passionate group. Their highs are incredibly highs, and lows extremely low.

They lean toward jealousy, anger, and indignation more than anything else. Although they usually have reasons for their outbursts, they may not feel the need to share them, so it may seem more surprising when they do have an outburst.

Saggitatius doesn’t waste much time on unstable emotions. Rather than worrying about the ups and downs in life, a Saggitarius is more free spirited and lighthearted. Sometimes they may seem more aggressive than intended because they speak out of turn, but it’s really less personal than it seems.

A Capricorn is very responsible and driven. Being so practically minded and disciplined, they aren’t very emotionally unstable until they meet their breaking point. Then all bets are off. Up until that point however, they are fairly straight laced and controlled.

An Aquarius will do almost anything to avoid emotional expression. They absolutely hate looking weak and vulnerable and will do tha absolute most to avoid that kind of confrontation. In addition, like Virgo, they are also much more logically inclined. 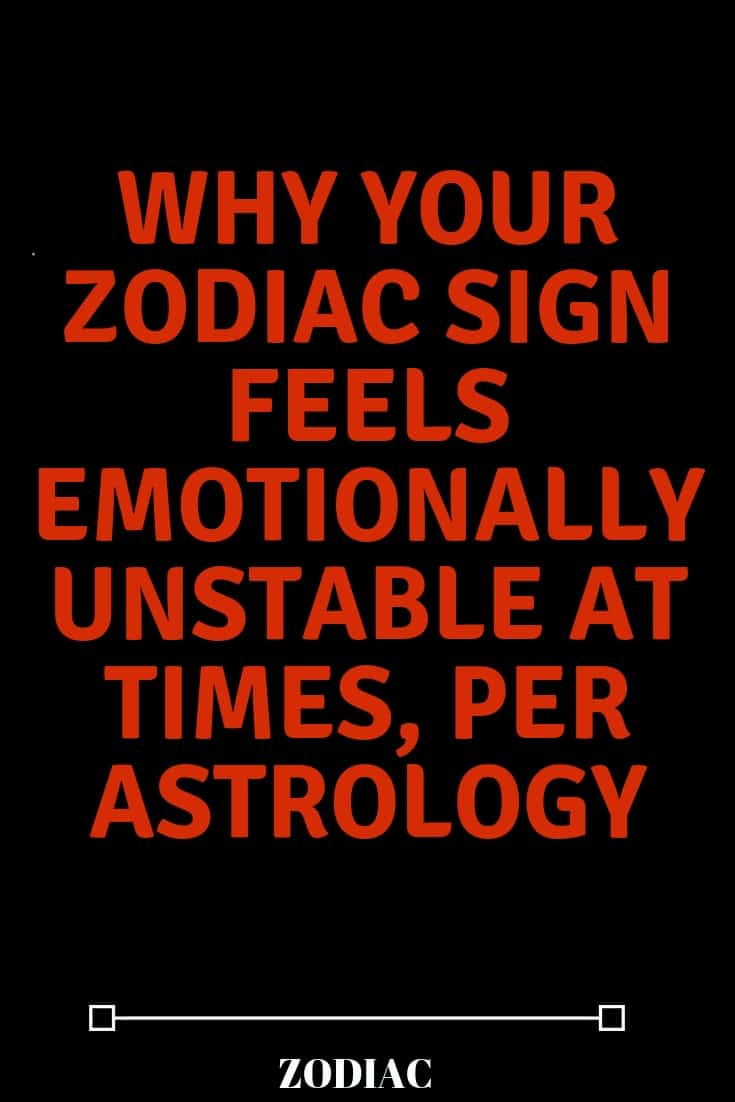 4 Things You Should’ve Remembered Before You Broke Her Heart

When you hurt someone, you don’t think of the consequences of your actions. You don’t think about whether it’s the right thing to do and...

Whether you're in a relationship now or hoping to be in one in the near future, you should know, you've got a lot to...

People are impressed at Astrology so they aim to the stars in search of answers. It works as a map of your life, of...

On Friday, you will have time to reflect on some philosophical themes of life. You may be excited about topics related to rebirth, life...

THE PERSON YOU NEED TO STOP TEXTING ASAP, BASED ON YOUR ZODIAC SIGN

Aries Stop texting the person who makes you initiate most of the texts. There is no point in holding your breath and making efforts for someone...
𝐓𝐡𝐞 𝐭𝐡𝐨𝐮𝐠𝐡𝐭 𝐜𝐚𝐭𝐚𝐥𝐨𝐠𝐬 is an Educational & Entertainment Platform theme. Our Team Publishes 100+ Content On Weekend/Monthly. We will motivate the needs of any person & make them inspire instantly You, Will, admit Once You Begin Your Journey With Us. The Thought Catalogs platform is a perfect choice.
© Copyright © 2022 - All Rights Reserved | TheThoughtCatalogs.