Recently I read about an Australian company that put out an ad seeking new employees, but with a rather uncommon request—the applicants had to be a certain astrology sign. Anyone under the… more

Our birthdays (which we have no control over) supposedly outline our personalities and fates, and now some say they can determine what employees will be the hardest workers. I’d never looked into zodiac signs beyond the occasional monthly horoscope or my compatibility with crushes, but seeing how astrology shapes us as employees seems just as important—particularly if helps us land (or hold on to) a job.

Capricorn
Goats pride themselves on being highly productive and will thrive best in work environments that challenge them. They tend to get antsy if they’re not multitasking and they will focus on succeeding in their careers above cultivating friendly work relationships. However, that unyielding focus can also make them prone to narrow-mindedness and an aversion to change, and their eager-beaver moods will quickly sour if they feel their hard work isn’t paying off or being properly rewarded.

Aquarius
Aquarians enjoy trying new things and appreciate being given a variety of responsibilities. They’re hard workers who march to the beat of their own drums, but easily form friendships by being loyal and considerate of others. Their classic air sign flightiness means that they also get bored easily and are always on the lookout for better and brighter things if their jobs feel stagnant.

Pisces
I’m surprised Pisces didn’t make that Australian company’s list as they’re known for their extreme loyalty and diligence—well, when the job’s right. A content Piscean worker commits herself to the company and truly believes in the work she is doing, ditching the daydreams for discipline. If they hate their jobs, these fishes make it obvious and spend their time imagining a better life (and everywhere else they could be besides the office) instead of improving conditions at work.

Aries
People under this sign are ambitious and goal-oriented, working best by themselves or by directing others—basically, they lead or go it alone. They perform each task carefully and diligently. Not giving an Aries enough responsibility ensures an unhappy, lackluster employee; a potential promotion is a good way to motivate them and placate their competitive, driven nature.

Taurus
Bulls make excellent worker bees. They are steadfast, focused, methodical, and have no problem with repetition. In fact, job environments that are too erratic or change often make them stressed and grumpy. Their stubbornness is often the only impediment to them being ideal employees. As long as they feel useful and see advancement in their positions, Taureans will continue being patient and productive.

Gemini
Geminis are known for their superior communication skills and can adeptly performing twenty tasks at once. However, like their fellow airy Aquarians, they have quick-moving minds that require constant stimulation. The dual personalities of the twins also mean they can be moody, which affects everything from social interaction to getting work done. Generally, they enjoy being around others and seek out friends in the work place. As long as their workload is kept interesting, they can get a lot done quickly.

Cancer
Crabs are more likely to take care of everyone else in the office rather than work to get promoted. They put sufficient effort into finishing assignments, but they see their primary role as keeping the office environment emotionally stable by being supportive and always lending an ear to troubled employees. In fact, stability is what they constantly crave, and chaos and risk might make them temperamental.

Leo
Arrogant and confident, sometimes Leos come off as being full of themselves. What they want are positions of power, so they often boast of their best qualities in an attempt to be leaders, mentors, or any role that people look up to. However, they really are the best at taking charge, motivating, and keeping a cool head during stressful times. They just need to let go of competitive feelings when working with others.

Virgo
Virgos have a meticulous, analytical nature that makes them productive powerhouses. They’ll work long hours and take on any job given to them. They’re also chronic (and vocal) worriers and complainers—attempts to quell their misgivings are usually in vain. But those negatives also keep them detail-oriented and vigilant when it comes to doing things right.

Libra
Those belonging to this sign are often the most popular in the office due to their charm and effervescence. Because they’re always seeking balance, they transfer that energy into creating a fair workplace. They make excellent conflict managers when they’re able to shake off their indecisiveness. The tendency to over think may lead to a slower work output, but overall it will be more detailed and thorough.

Scorpio
Scorpios are generally reliable and keep to themselves, but will speak up if they feel like something’s wrong. They work best in professional environments that allow them to focus on their responsibilities. Office drama is of little interest to them, but they can get resentful and reactive if treated disrespectfully. Their intensity might be intimidating, but their diligence and focus is admirable.

Sagittarius
Sagittarius have great personalities that make them fun to work with. They exude confidence and enthusiasm, but that also leads to them taking on more than they can handle. When too many responsibilities turn into unfinished assignments, they tend not to worry too much about it, which can be off-putting to employers. They’re smart and capable, but they need to find a balance between their easy-goingness and over-eagerness.

Gemini and Capricorn
Leo and Virgo
Scorpio and Scorpio
Aries and Aquarius
Cancer and Sagittarius
Granted, our personalities aren’t written in the stars, and when we were born doesn’t (and shouldn’t) determine whether we make good employees or not. But it is interesting when we recognize a few of our less-than-desirable traits. (Gemini moodiness and flightiness ring eerily true with me.) Perhaps knowing and conquering some of these “predetermined” faults could ultimately make us more employable—and in this flailing, competitive economy, we need all the help we can get. 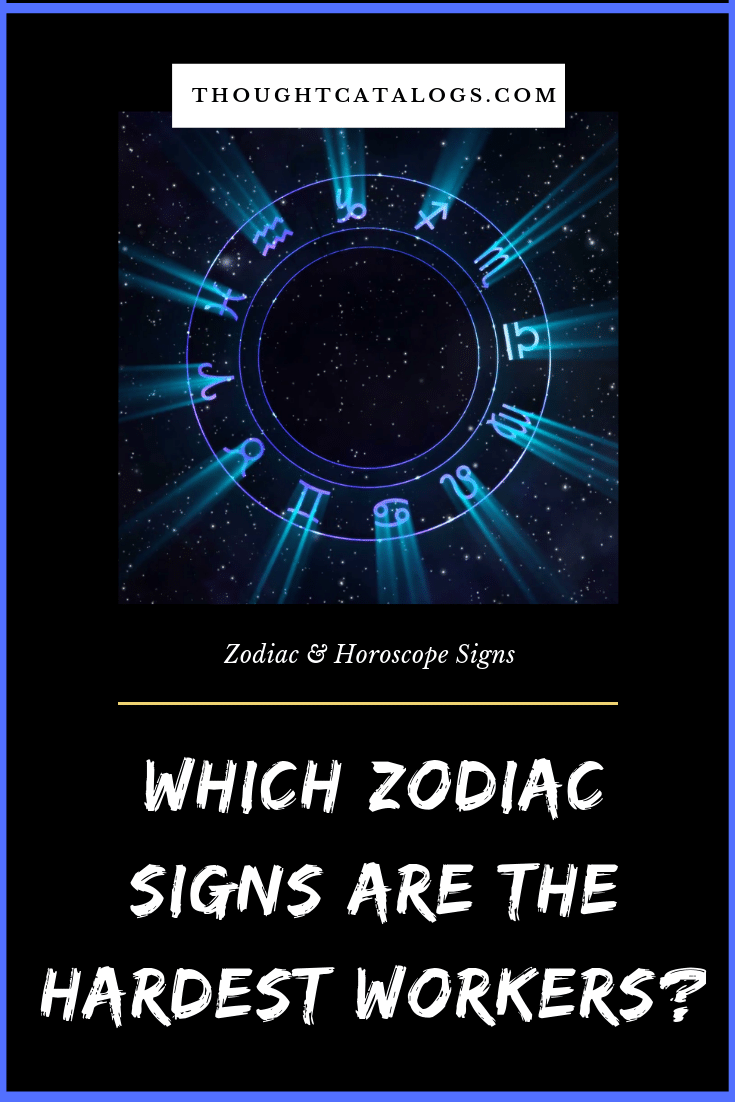 Here Find Out Your Amazing Zodiac Signs and Your Hidden Magic.