I still can’t grasp that you hurt me so consciously. Your heart must be ice cold, yet all I saw was warmth inside of you. I chose to see the best when the worst was right under my nose.

I just couldn’t see it or I didn’t want to see it. You provoked emotions inside of me that I didn’t even know existed. In your arms, I felt safe and sound. I felt like I belonged.

My eyes would sparkle every time you would enter the room. I felt joy, pure and impassable joy I couldn’t hide. You saw right through me. You saw the effect your closeness had on me.

A grown woman would turn into a naive girl every time you were near. Your presence made me unable to think straight. I was so intoxicated by my love for you that I lost myself in it.

You knew that well. I am sure of it. It was all part of the game. To sweep me off of my feet with words I had never heard before. To do things that would leave me in awe. To touch me in a way that left a mark on my body long after you were not there.

You played the role of a perfect boyfriend so skilfully that I didn’t even notice the small manipulations I was under the entire time. I trusted you completely, and you used it.

You benefited from it. You knew I would hang onto your every word like it’s most sacred and honest. I would never second guess, and if I would, I would silence my mind, telling it to stop overthinking.

I muted every thought and every feeling that was telling me you were playing with my heart. I refused to believe that you could ever do anything to hurt me intentionally. But I should have listened.

I should have believed my intuition and stayed as far away from you as I possibly could have. Maybe I wouldn’t have ended up hurt so badly.

All those excuses to why you couldn’t text me back, why you were always late to our dates, why you would sneak out from my bed early in the morning before I would wake up seem so stupid now.

Never pushing you to do anything you didn’t want to do. Never nagging or doing all those things clingy women do. What I didn’t realize was that you didn’t need to be pushed. You always had one foot out the door, ready to run.

You had no intention of staying. You knew that our relationship was short-term, even though you swore you would love me until you died. But as far as I can see, that was all lies, and you are still breathing.

You are breathing and living your life with somebody else. With some random woman who buys your lies as I did until you get tired of her too.

Do you know what’s the worst in all of that? I used to blame myself. I used to spend my days and my nights thinking was it something that I did which drove you into her arms.

I regret those thoughts the most. But I couldn’t help them.

But that was then, and now is now. I am not the woman I once was. I don’t analyze your words. I am not trying to make sense of everything you did. You are not as important as you used to be.

You are just someone who played games with my heart so nicely that I confused it with love. 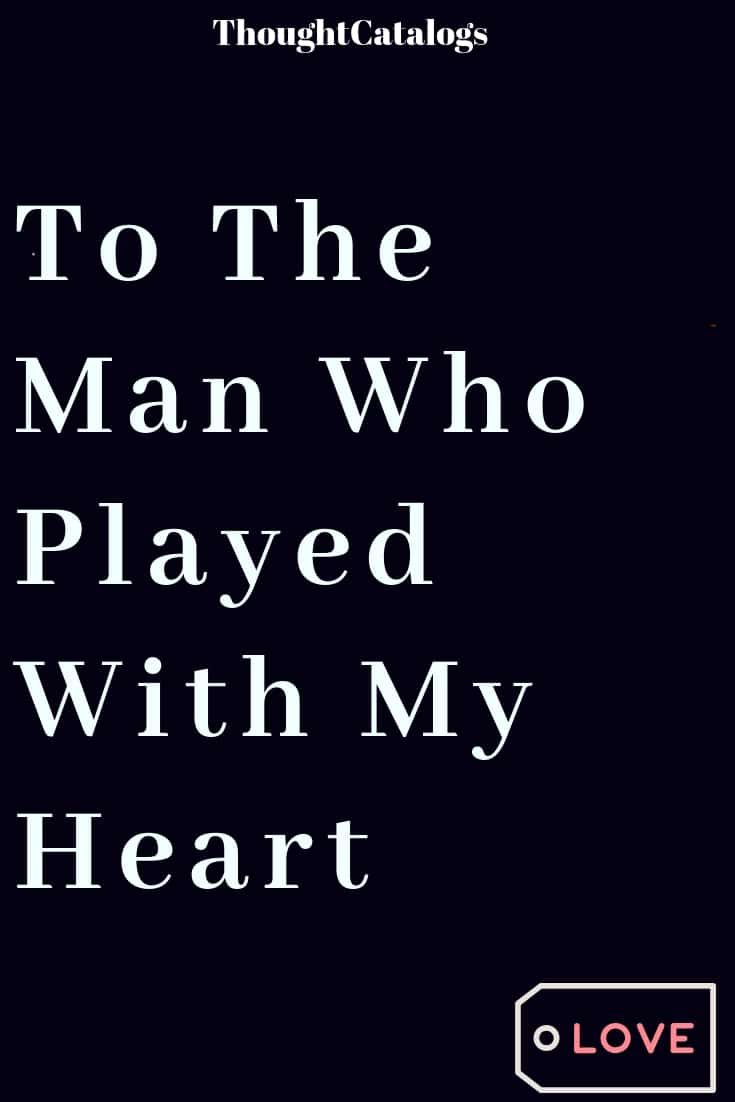 To The Girl Who Continues To Build Walls Around Her Heart

How To Win A Man’s Heart And Mind: 10 Ways To Success