She’s a handful; I’ll tell you that. She’s all over the place because that’s the way she is, and only a very persistent man is able to keep up with her.

Her humor is not cut out for everyone. That’s why she’s often faced with people who hate her, but only because they don’t get her. She is judged all the time, but she doesn’t care.

Her sarcasm is just perfect. She’s intelligent, and she uses it all the time. Some may even think she shows off and walks with her head way up in the clouds, but that’s not true. She is just being herself. She’s being honest.

She’ll tell whatever it takes right to your face without holding back. She is sassy AF because she doesn’t give a f**k.

She’ll get you angry more than once every now and then. She’ll push you to your limits with her questions and her testing your boundaries. She’s very curious that way, and she won’t give up until she gets what she wants.

Even when she gets on your nerves, you won’t be able to get angry with her. You’re going to forgive her every single time because she is simply irresistible and one of a kind.

She’ll make you sleep with one eye open. Not that she’s plotting your murder or anything like that. It’s just that she is full of surprises, and you’ll never be able to figure out what her plan is, what she’s hiding.

There won’t be one dull second while you’re with her. She’ll always figure out something to do because she wants to enjoy life. She doesn’t want one bit of what is in front of her to go to waste.

She’s strong as hell. She can take so much. Maybe you think she’s fragile and all of her attitude is just a mask for her weakness, but no—there are very few things that can bring her down.

Underneath that rough and sassy exterior is an even more rough and badass interior.

Maybe you haven’t seen that side of her, but that’s because she keeps it to herself. Don’t be surprised if you find out she’s taking care of the elderly or helping raise money for some noble cause. That’s her. But, you won’t know it.

Her independence might scare you sometimes. But you have to know that she is not doing this on purpose. She is not trying to be like that. It’s her personality. It’s who she is.

She is very confident, and she is not ashamed of being herself. She is proud of who she is and what she’s become. Sometimes this may come across as scary for the people who surround her, but she is not doing it on purpose.

She is just being honest.

She will speak her mind that second. She never keep things to herself although sometimes she might. Sometimes she talks before she thinks things through and that gets her into trouble.

But, she is not sorry for that. If she didn’t speak her mind, her conscience would kill her. She has to tell you what she thinks whether you like it or not.

That’s why people get her wrong. They don’t understand that she means well by saying what she has to say. Most of them think she is a know-it-all bitch.

She doesn’t care what people have to say. It’s not that she doesn’t respect other people’s opinions, but it’s that she knows what’s best for her.

And even if she’s wrong, she’ll learn from her mistakes, and she won’t do it ever again.

That’s why she doesn’t listen. She wants to make mistakes because that’s how she learns.

Whether it is wrong or right, she stands behind her choices because she made them. She never gives up and she doesn’t need anyone.

When she starts something, she finishes it. All. By. Herself.

She is creative and witty. Let’s say those two things go together. She has always something to say and her wit has saved her thousands of times.

She always has a solution for whatever situation she or someone else is in. She uses her brain faster than anyone, and that’s why you’ll love coming to her with a problem. After presenting it to her, consider the problem solved.

You’ll see how driven she is in fulfilling her dreams, how she bites for success and that will make you want to be better and greater. You see, she will make you a better person. She’ll slowly turn you into the best version of yourself.

Maybe she is just tired and in a bad mood, but she’s not a bitch. Sure, she looks like one, but once you get to know her, you’ll see she’s completely else completely.

She’s always up for action. Boring is not in her vocabulary. Skydiving, bungee jumping, racing, you name it. She’ll do all of those things. As long as there is enough adrenaline rush and one hell of an adventure, she’s your girl.

She steps out of her comfort zone on a daily basis, and she loves it. She likes the adrenaline and that feeling of being spontaneous. It’s what keeps her alive. Never try to lock her in the house or make her do an ordinary everyday job. It might kill her.

Her love is pure and unconditional.

Sometimes, she is so hard to read. Sometimes you may think that she doesn’t give a fuck about you. But that is so not true. Even if you think that one day, she’ll prove you wrong the next day.

Yes, loving her is an emotional rollercoaster, but it’s one you’ll never wish to get off of. 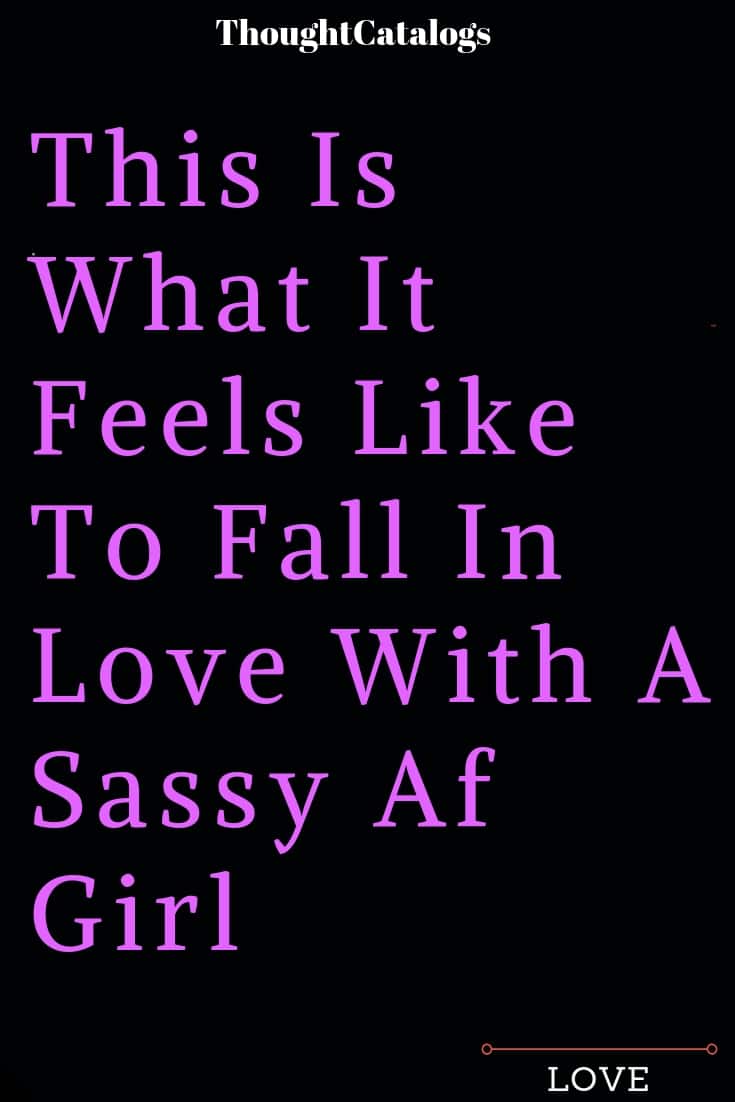 I Hope You’ll Always Remember The Way I Loved You