If you’ve ever had a truly bad dream, you know that nothing in this world is more horrifying. Did you feel trapped in terror before waking to find your heart racing and your adrenaline pumping? Were you covered in sweat or on the verge of tears? Did it take you a while to calm down and realize that it was only a nightmare? If so, you’re not alone, because these zodiac signs are most likely to have bad dreams: Scorpio, Capricorn, Aquarius, and Pisces. If your moon sign or sun sign falls under any of the following, your dreamworld is where anything goes.

As someone who has a Pisces moon, I know all about how it feels to be afraid of falling asleep. I’ve had bouts of sleep paralysis throughout my life, and there’s no worse feeling than knowing you’re awake long before the rest of your body does. The mind can conjure the worst possible things, and trying to avoid sleep, even though you feel exhausted, is a twisted game that I wish no one ever had to play. But, dreams are only dreams, right? Even if they feel so vivid and real, it’s important to remember that it’s all in your head. And of course, buying a dreamcatcher or an amethyst crystal sure can help too.

Is it any surprise that Scorpio has some of the worst nightmares of all? This zodiac sign is ruled by Pluto, god of the underworld, and for those who were born under this planet, there’s always one foot in darkness and one foot in the light. They can dream of dark entities, monsters, and all things depraved. Even though they don’t mind creepy things, not even they have the stomach to love some of the ghoulish things they dream about. The occasional nightmare that takes them to the deepest shadow is what they live with.

CAPRICORN: YOU DREAM OF PUNISHMENT AND GUILT

AQUARIUS: YOU DREAM OF THE UNEXPECTED AND STRANGE

If anyone were to enter the mind of an Aquarius, they better be prepared. Ruled by unpredictable Uranus, their imagination conjures things that no one else could ever dream of, and their nightmares are no exception. Only the strangest, most bizarre things happen when their dreams take a wrong turn. Even though they feel totally freaked out when they wake up and they want to talk to someone about it, they know that nobody will understand what happened in their dream. It’s almost too weird for words.

PISCES: YOU DREAM OF THE WORST THING THAT CAN HAPPEN

If you’ve ever known someone who was born under the sign of Pisces, you know that they don’t always see things clearly. In the worst of circumstances, they can see the silver lining. In the best of circumstances, they see that there’s still something wrong. Can you imagine how distorted their nightmares are? This sign is ruled by illusive Neptune and their mind is always thinking of the worst possible thing that can happen. Another thing? They’re most likely to continue believing that their dream was real and carry it with them  throughout the day. 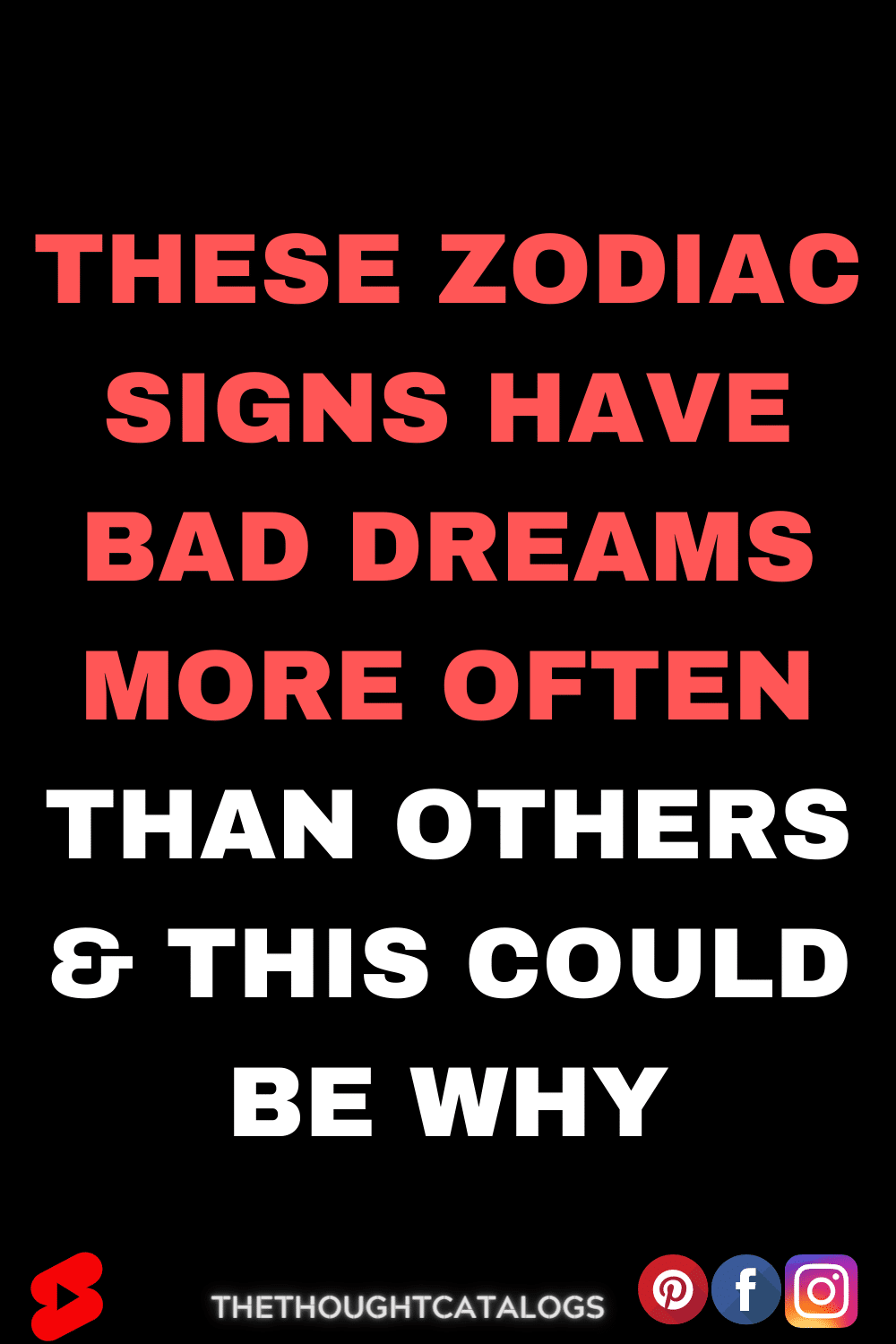 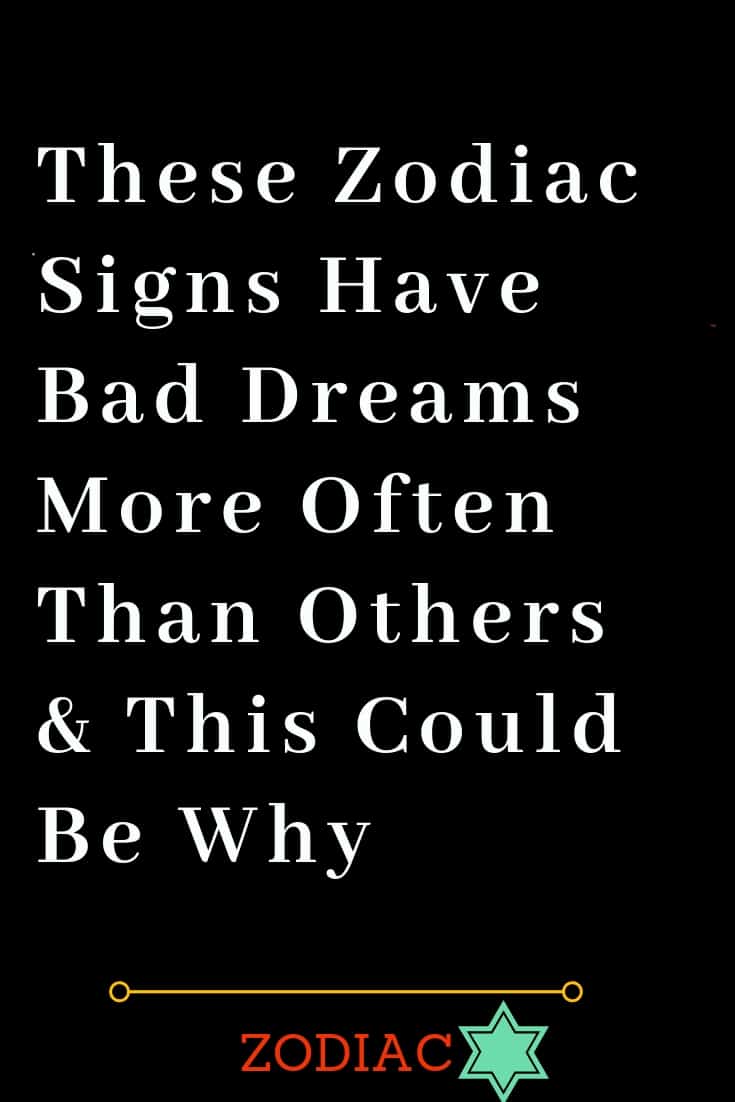 These 4 Zodiac Signs Are Most Likely To Overthink Everything, So Stop Stressing Yourself Out