On it’s surface, astrology is about understanding your personality in an accessible way. Look deeper, however, and you will find a more in-depth exploration of the universe and spirituality. It makes sense that some zodiac signs are naturally more in touch with the universe.

These old soul zodiac signs have a kind of awareness that many of their astrological counterparts may not.

Whether you believe an old soul is someone who’s lead many past lives, or simply meaning being wise beyond your years, there’s definitely a common thread among people with this trait that makes them stand out in a crowd. Regardless of your set of beliefs, people with this personality type make themselves known for their particular perspective on the world and the cosmos.

If you’re interested in the spirituality of being an old soul, then astrology is a good place to begin to explore this concept further. Being an old soul is significant when it comes to what’s written in the stars.

“An old soul is a person who uses the past to mold the future, one whose divine wisdom can inspire generations and others with their circumspection, philosophy, and sensibilities,” astrologist Lisa Stardust, tells Bustle. While some signs are young at heart and eager to take in the world from a fresh perspective, others approach things with a touch more ancient wisdom.

HERE ARE THE FOUR ZODIAC SIGNS MOST LIKELY TO HAVE AN OLD SOUL.

For the Sagittarius, being an old soul is about getting in touch with and exploring the world around them. Rather than experiencing everything with a fresh set of eyes, though, they take in the world with their existing wisdom.

“The archer takes inspiration from all places, foods, religions, and philosophies — making Sagittarius a traveler of the world,” Stardust says. “These collective insights and experiences make Sag an ‘old soul,’ as they have maximum worldly experience.”

Whether or not a Sagittarius has traveled far, or just down the block, they bring a unique sense of curiosity to the world around them, making them more perceptive than others.

Capricorns have a unique ability, regardless of their age, to pass down what they’ve learned to people younger than them. They have the ability to take in lessons from people who came before them and make those lessons digestible for the people around them.

“Capricorns use their intelligence and knowledge to assert their ‘old soul’ knowledge on younger generations — molding the lore of their ancestors on youngsters,” Stardust says.

They feel a sense of duty to tell these stories from a young age and feel a calling towards responsibility in general, a trait common among old souls.

Aquariuses, with their old-fashioned sensibilities, are definitely prone to being old souls, too. They’re creative, however, and insightful. They’re ready to have their ideas make an impact on the world around them.

“Known for their desire for innovation, Aquariuses use their modern insights and conservative views to mold current trends,” Stardust says. “Ruled by Saturn and modernly by Uranus, Aquariuses have trouble fitting in because of their views — thus making them an ‘old soul,’ as they have unparalleled intelligence.”

This sign may not feel like they fit in with the times, but they’re willing to innovate.

Perhaps the most typical old soul of all is the Pisces. Their fascination with the world around them comes along with the weight of all the knowledge they carry.

“Pisces are the last sign of the zodiac, and carry baggage from each sign — making them full of wisdom and insight,” Stardust says. “They are considered the ‘old souls’ of the zodiac because they are insightful, poetic, and otherworldly.”

This makes this sign seem like they were born in another era, having a point of view that’s both fascinating and a bit out-of-touch.

Being old souls, these last four signs of the zodiac see the world around them differently than the other, more youthfully spirited signs.

Neither perspective is better than the other, but understanding old souls through astrology can help give some insight into why some people seem much older than their age. 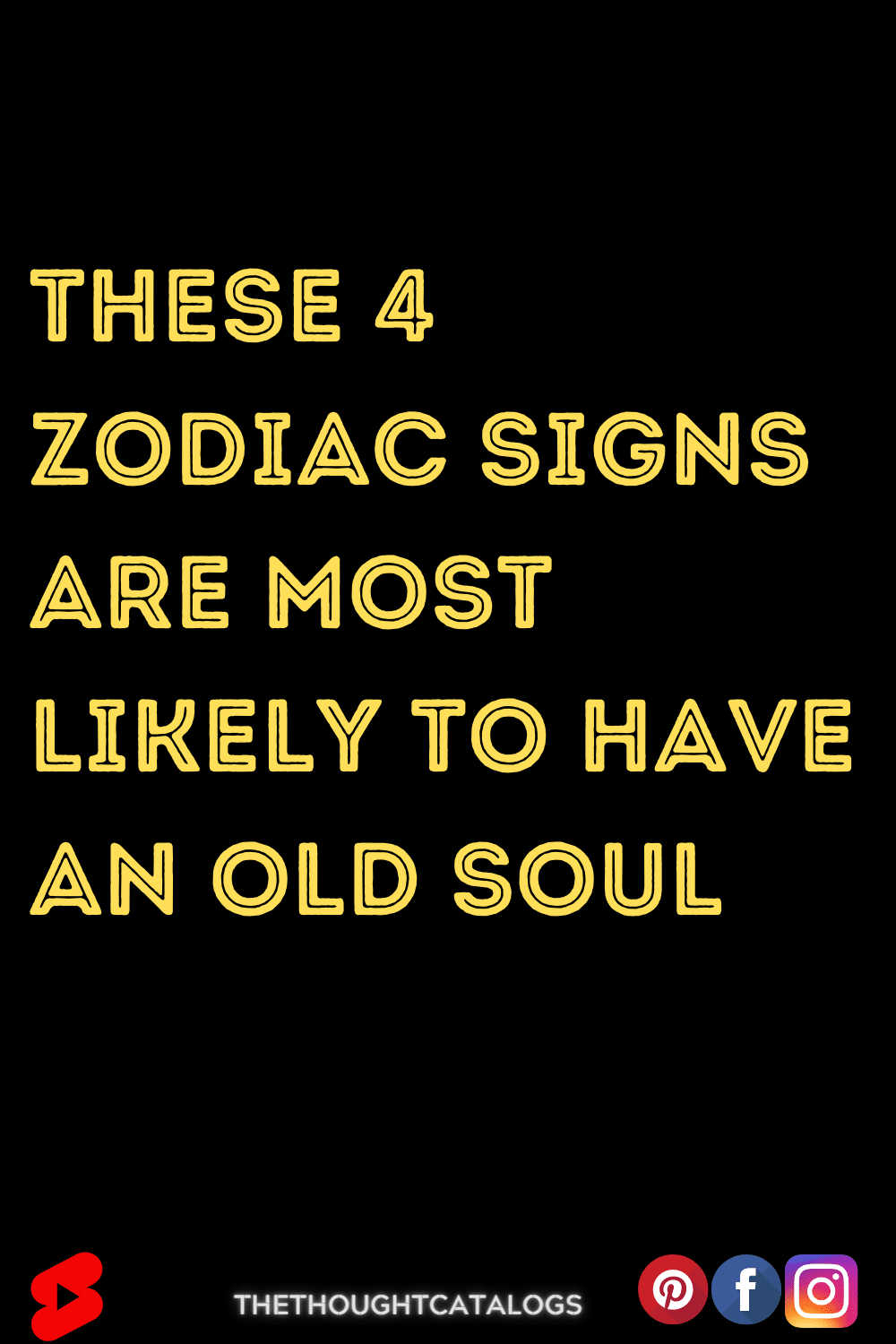 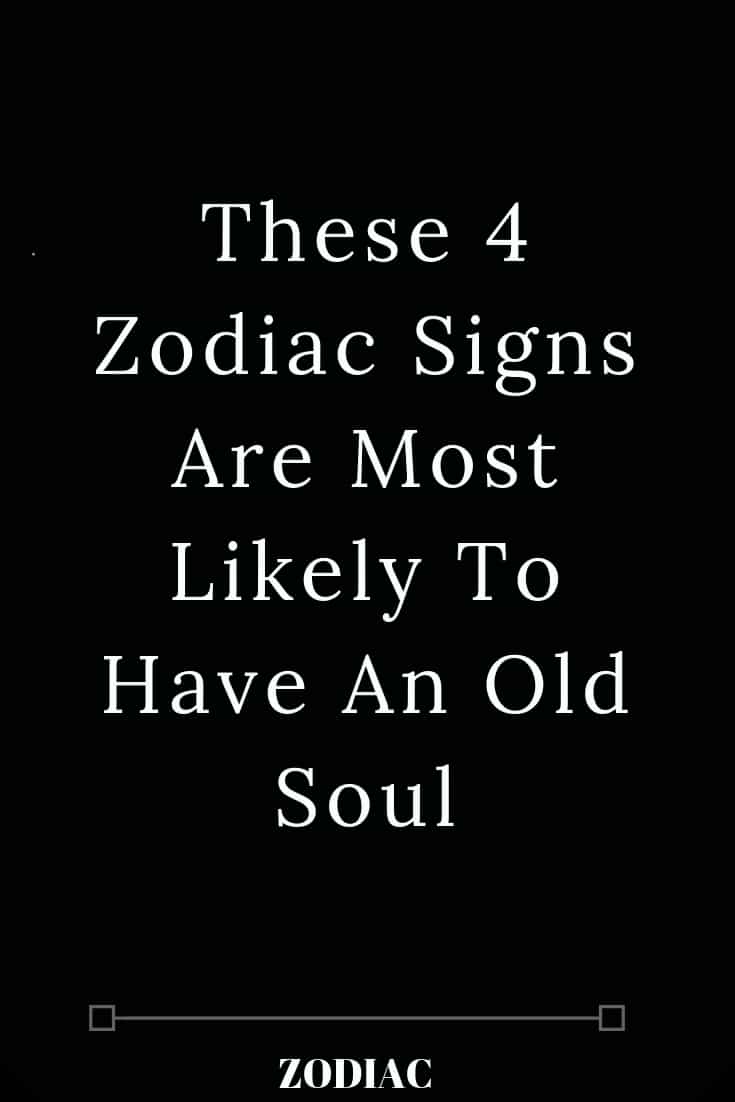 How You Really Want To Be Loved, According To Your Zodiac Sign

Check Also
Close
Featured Posts
What Kind Of Woman You Are Based On The Month You Were Born In?
12 hours ago

Ranking The Most Loving Men Of The Zodiac, Based On Zodiac Sign
12 hours ago

This Is What Your Ex Still Misses About You, According To Your Zodiac Sign
13 hours ago

These 4 Zodiac Signs That Think They’re Superior To Everyone Else, Based On Zodiac
13 hours ago