Tapping into other dimensional energies is not everyone’s game !

Ranked below are the zodiac signs from most psychic to least.
If you have suspected the presence of such powers in you, research, read and try; do not hold back.

1) “MIRROR MIRROR ON THE WALL, WHO IS THE MOST PSYCHIC OF THEM ALL?”
CANCER, CRAB-MOTHER OF THEM ALL:

This is the most sensitive of signs, emotionally and mentally speaking. They are more often than not, empaths; that is, they can feel what is wrong with people around them just by seeing them.

The sign moreover is ruled by the moon, the source of all magic and sorcery. This is the sign that can trust their guts the most.

Also, they might not be able to provide explanations for everything they say/feel, but like your mother just knows what’s wrong with you, just by looking at your face, they too, just know.

No wonder they are also considered the most motherly of the signs and have been known to be very nurturing. Here are some qualities of Cancer men and how you should treat them the right way.

When one says someone is connected to nature, it doesn’t apply to Virgos: They ARE nature in a human form. They can easily connect with anything living around them.

This ability makes them very discerning individuals and very sensitive to others’ feelings. They have a way, inexplicable like Mother Crab, of knowing the truth; just knowing it.
Hence it is NOT advisable to betray one behind their back. They WILL know. Here are the secrets things that you should know about loving a Virgo

These are the dream-psychics. They also enjoy their dreams more than most of the other signs.

They have been known to have healing and empathetic abilities. Your methods of expression maybe cryptic but your powers aren’t.

4)“I SEE YOU WANTING TO STAMP ME AND I STING YOU”
SCORPIO, THE ALERT SCORPION:

Your greatest ability is to be able to zone out and meditate on a situation for extended periods on time. This gives you not only a lot of insight but a more or less fair idea of the trajectory in which the future will play itself out.

5)“GOATS: MEH OR NAY?”
CAPRICORN, THE DARK UNDERESTIMATED ONE:

They do not talk of their powers mostly out of fear of being relegated and ignored. They are prone to have heavy visions which they can easily interpret and find the meanings of.

I know this doesn’t seem germane to the cold and more than often aloof personalities of Capricorns, but believe me, they are nodding alright. If you’re planning on dating a Capricorn then you should know the Brutally Honest Secrets things about Capricorn.

Plenty of intuition, loads of it, but the usage is what determines the personality of the Leo. Sometimes when they are too focused on themselves and this is when they can lose sight of their psychic abilities.

On the flipside, when they actually start listening to what others have to say, they will get in touch with their powers. Their ability to know what happens behind the curtain of a smiling face has to be their biggest strength. Leo Man easy to get, but easy to Lose. “HOLD TIGHT” Know the SECRETS

When in tune with their surroundings, this otherwise mostly undecided sign too can turn their psychic caps on.

But in most cases, the individual has to be around other psychics to feel it. Or in other cases, have to read, be around mystics etc to tap into their inner energies of empathy. Gemini Man Flirts. But NOT if You Know The Secrets of HIM

There is plenty of potentials: you are a fire sign, check; you are intuitive and are a partial solitude-lover too, check.
The only thing hindering you is your selfishness.
Once you get hooked on something, it gets to you, you fixate, not thinking about the other person’s feelings whatsoever.

Try changing that.  how to love an Aries and Secrets Things You Need To Know About An Aries

9)THE FRIEND OF JUSTICE: LIBRA THE SCALES:

Libras are too level-headed and practical to detect and fall for any mysticism. They are all about being tangible and explicable.

So for you, Libras, the notion of being psychic isn’t rational nor reasonable. Or you might consider it unfair that some people have such an innate ability whereas others don’t give your proclivity towards believing in the equality of all individuals.

Most Libras aren’t psychic simply because they don’t believe and that hinders a lot of introspection. However close proximity to people who indulge in such practices can lead to habits changing. How to Get a Libra Man to fall for you

They are way too career oriented and hard working to even stop and think about such things of the heart and spirit. Your focus has always been “tangible” and “personal” gain.

Thing is all progress is not of the wallet, little calf.
Unless some serious thought and elbow grease are expended towards other realms, there is very little to go on with. Taurus Man Secrets: Put That Hot Taurus Man Under Your Spell

Water signs are normally very connected with their auras and the world. Aquariuses are no exception except the fact that their connection isn’t psychic.

It’s not that they don’t believe in such skills/powers, but they feel that their paths are just a little different, and that doesn’t bring them down anyway.

Aquarius is totally in touch with the arts and people, but they tend to do their collaborations in their own very eccentric way. While the world might mistake them for someone who could or even should be psychic, you’re really just a down to earth human seeking a righteous path to enlightenment, which is always a good thing. Always. How to get an Aquarius man to fall for you

It’s not going to happen because you can think of nothing but yourself. Bad things might not necessarily happen to bad people, but in this case, good things, definitely don’t.

By the time psychic energy trickles down the constellations, by the time it reaches you, it has fizzled out.

Not sowing blind hopes here, but not gonna happen. You can also read our other Secrets things that make Sagittarius the most romantic partner ever 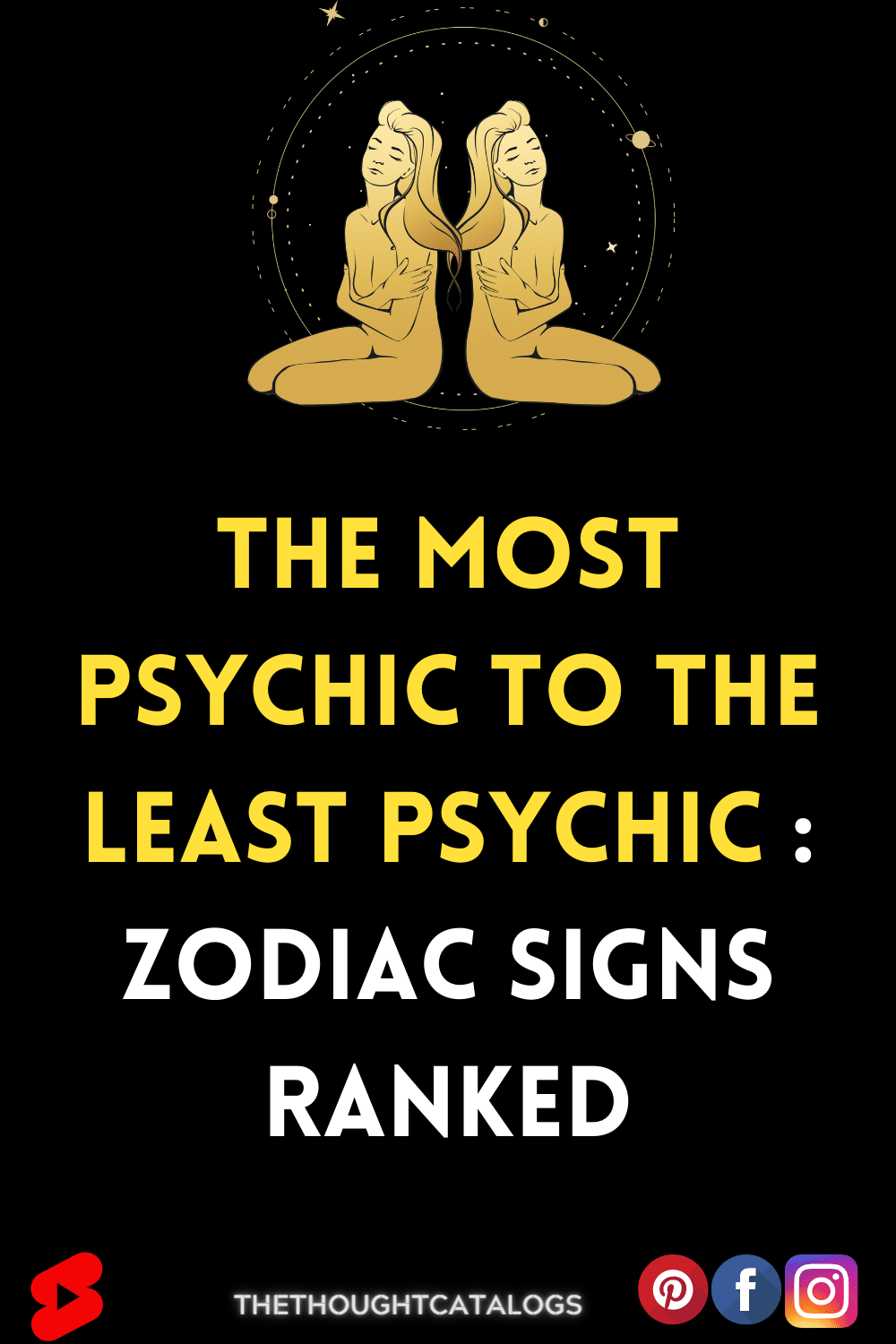 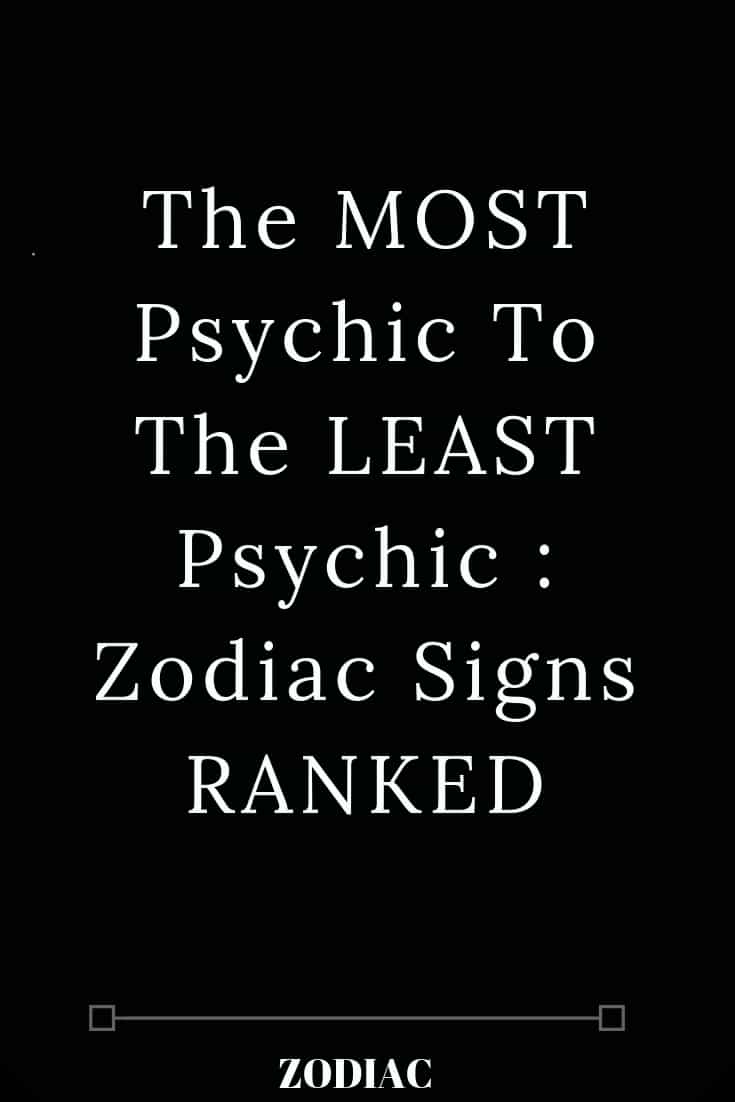