You read your horoscope religiously and do everything it suggests. But even after asserting yourself at work, booking an exotic trip overseas or taking a weekend for some much-needed “me” time, have you noticed your life is still pretty much exactly the same? Well, maybe it’s time to change your zodiac sign. Aquarius is the new Libra. Aries is the new Taurus. Sagittarius is the new Capricorn. Why? We were bored at work and so are you.

You’re basically the Jon Snow of the zodiac. For as great (and probably really excellent-looking) as you are, you can’t tell one measly little white lie that could save the entire realm because of “honor.” Come on, man. Be less you and more pragmatic. Like, say, a Libra.

Strangers always stop you on the street to ask for directions, and you happily oblige. Even if your water just broke, you’d stop and sign a recycling petition as long as the person asked you nicely. You need to turn up the Leo and put down the pen.

Sit down. You don’t need to get involved with 10B’s scuffle with the flight attendant over luggage space. Because you don’t know them. Unless you’re a personal injury attorney (well, you probably are), try being less impulsive and invasive and more patient, like a Taurus.

Wow, great job. It took you three years to order your wedding album, but it’s because you wanted to get everything just right (and can you believe how much it cost?!). But let us repeat: It took you three years. Try making more impulsive decisions, like an Aries. You’ll probably regret it, but just tell your inner Taurus to be quiet.

You social butterfly, you. Life’s a party, and you’re the host! But you have to take the dog out and get up early for work. Lay off the sauce and try going to bed before 9:30 p.m. for once in your life. You definitely should channel more of the Cancer in you and lay low.

You’re the lady at the party who refuses to take off her coat. But it’s so damn hot in here. So take off your jacket, get comfy and dare to make some small talk with Ingrid from sales. Close your eyes and just pretend you’re your extroverted Gemini pal with two heads.

You adorable little lion cub. You’re like Simba in The Lion King. You know, the one who goes to the elephant graveyard his dad explicitly tells him not to go to and then has to live with a warthog for five years. Yeah, that’s you. Be more like that rule-follower bird dude, Zazu. He’s definitely a Virgo.

Let’s guess: You keep all those extra button kits that come on the tags of new clothes. You’re also the only person on this planet who can fold a fitted sheet. You are truly blessed. But your loved ones live in dire fear that they’re not loading the dishwasher with the geometric perfection you strive for. Instead of going it alone, rally the troops to your cause (aka a clean house), like an Aquarius would.

Oh, we’ve definitely met before…at the deli counter when you couldn’t decide between the maple-glazed turkey or turkey pastrami for ten minutes. And don’t get us started on whether to order a quarter or half a pound. Keep the line moving. Try being more decisive, like a Scorpio. (Psst, once it’s on a sandwich, it all tastes the same.)

You’re the best friend in a rom-com who hates her BFF’s ex more than your BFF does. And yeah, that’s because you never trusted the bastard, so you followed him around to find out if he was cheating. Try caring less and channel the IDGAF attitude of your Sagittarius buds.

You’re only 5,000 followers away from being able to make money from your epic Instagram account. Yep, you’re that person whose feed is filled with so much travel eye-candy and inspirational quotes, everyone asks, “What does she do for a living?” You’re not quite sure actually. And you need money, like, yesterday. Reach down deep and squeeze out the Capricorn within to nail down that job you want. (And no, you probably won’t be allowed to work remotely.)

You’re like one of the three people who would even consider becoming both a doctor and a lawyer but, in your heart of hearts, all you really want is to utterly destroy Ken Jennings’s record on Jeopardy! Here’s the thing: Knowing every river that runs through the Greek mythology underworld won’t tuck you into bed at night. Try living in the moment a bit more, like your fishy friend, Pisces. 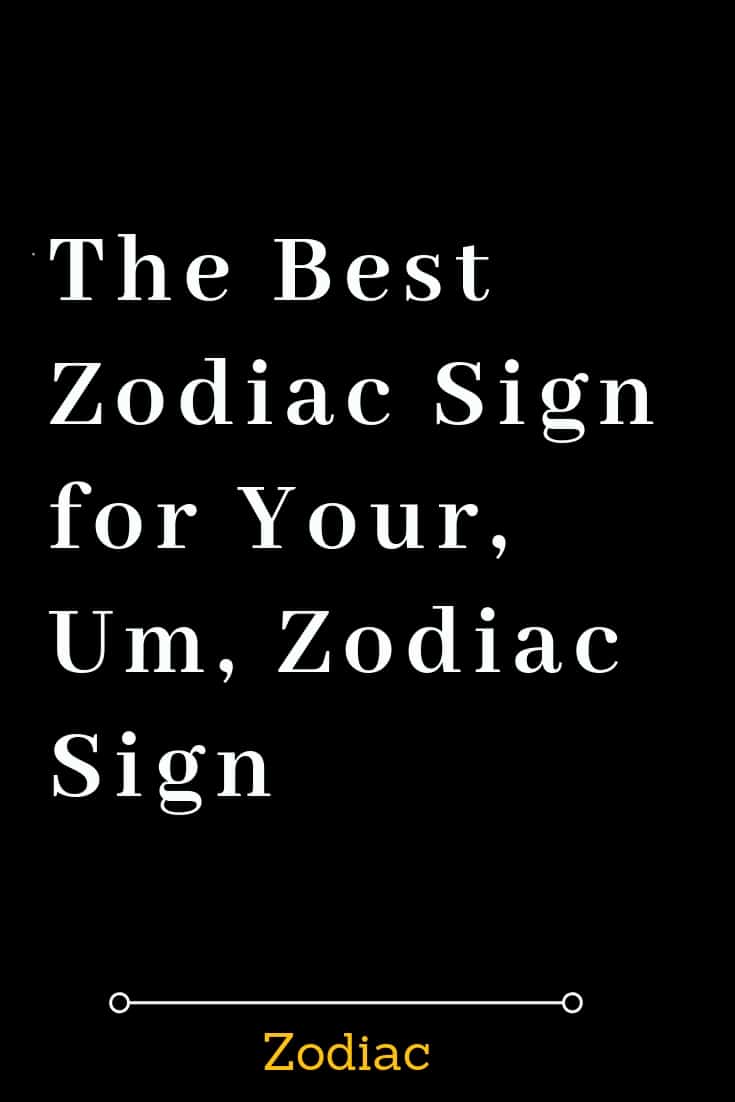 If the Zodiac Signs Had ‘Real Housewives’ Taglines

What ‘Gossip Girl' Character You Are, Based on Your Zodiac Sign

Check Also
Close
Featured Posts
What Kind Of Woman You Are Based On The Month You Were Born In?
13 hours ago

Ranking The Most Loving Men Of The Zodiac, Based On Zodiac Sign
13 hours ago