Sending drunk texts to your ex is never a good idea but still, there are some zodiac signs who can’t help themselves. Their emotions get the best of them and before they know it, they press send. Are you one of them?

Cancer is already emotional but once they have had a few sips of alcohol, their emotions are only heightened, they loosen up and they speak their mind.

They won’t wait long until they text their ex a lengthy message full of typos in which they spill their heart out.

They probably won’t remember a thing the next morning and they will regret sending it. It’s a good thing they can blame it on the alcohol.

All the resentment that has been accumulating in their chest toward their ex is going to come out into the open once they are a bit drunk. If an Arianhad a bad break-up and it’s mostly their ex’s fault, they will have the need to vent.

Of course, they will add a few things they don’t mean and regret it all in the morning but the only way in which they can stop themselves is to leave their phone at home.

Gemini’s conversation skills are through the roof when they are drunk. Basically, they laugh a lot and talk even more. It would all be good if their chatty tendencies didn’t transfer to texts.

They will try to act cool and laid-back at first but as the night progresses, the questions in their texts will be deep, upfront and more intimate. They will want to know why their ex acted like an asshole and they will stop at nothing and keep on texting until they get a reply.

Needless to say, they will regret their actions and not only because they are concerned with what their ex will think but because all their scars will reopen again.

When Aquarius falls for someone, they fall deep. They don’t fall for looks, money or anything superficial. They fall for the people who get them and that’s exactly what they miss when everything ends.

So their first impulse when they get drunk is to reach out to their ex and say everything that has been accumulating in their mind since they broke up. It doesn’t even have to be connected to the relationship; all an Aquarius wants is someone who really gets them.

In any case, drunk texts to their ex are never a good idea. They will only make their headache worse in the morning, alongside their hangover.

An otherwise proud Capricorn would never send a text let alone a follow-up text to their ex but once alcohol kicks in, they do it without thinking twice.

They get all emotional and mushy and all they think about is the good moments they spent with their ex as the bad ones are blocked by the alcohol.

The morning will bring clarity but by then it’s already too late and all the damage is done. But there’s no point in giving it too much thought, as the only thing they can do is ask their friend to keep their phone away from them the next time they go out drinking. 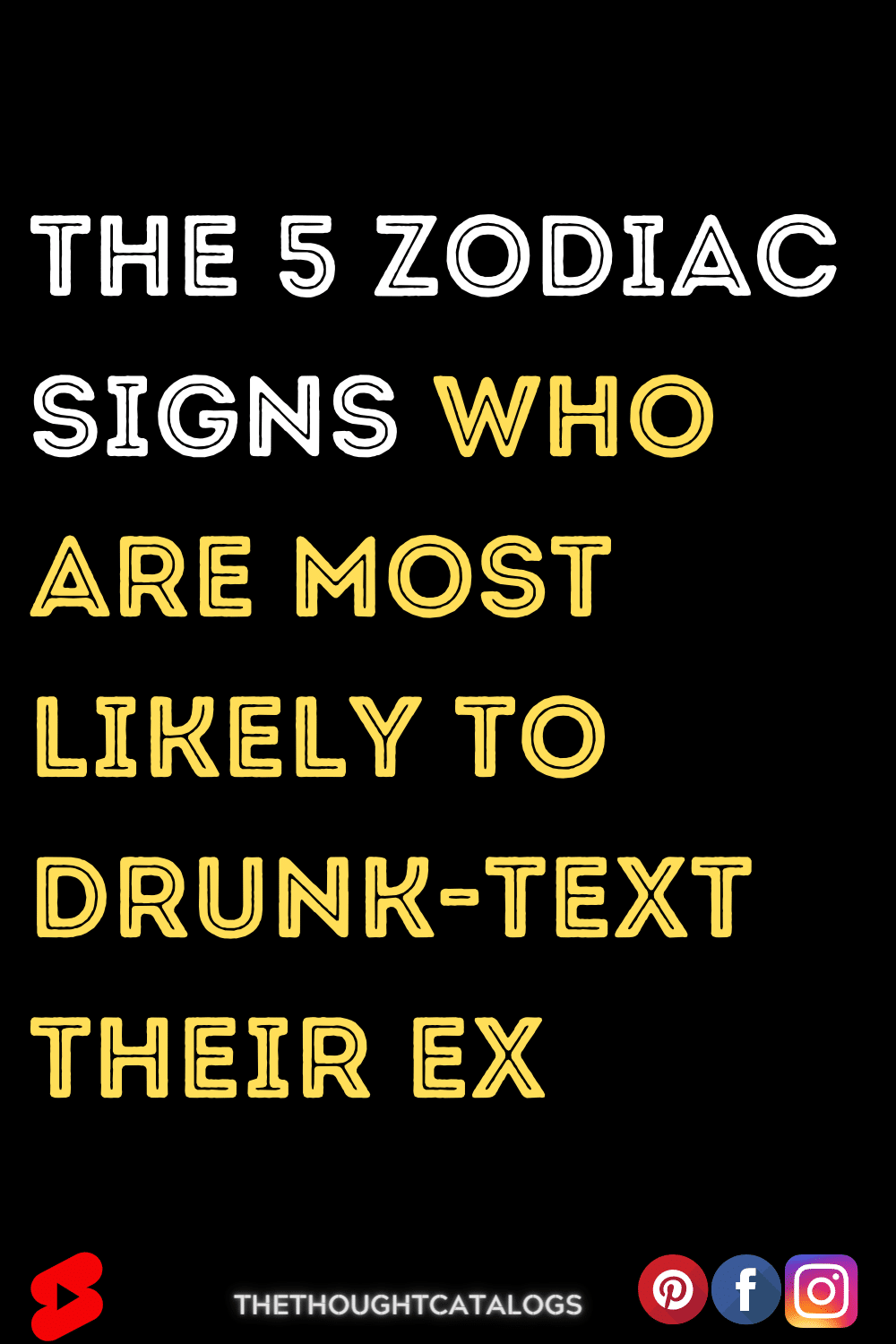 Zodiac Signs That Actually Work Despite All Odds