These rebels come with and without a cause.

Personal rebellion can come in many forms, including checking your horoscope to prove others wrong. We often jump right to the idea of a rebellious nature as manifesting in someone who fights against the norm or stands tall in the face of opposition. Alas, rebellion can be very subtle, even an art form for the ones who are born under certain zodiac signs.

While rebellion may start as that first indignant scream that fills our lungs and escapes at the moment of our birth, depending on who you are, and what your sign is, you may be astrologically cut out to be the cosmic rebel — with or without a cause.

Here are the 5 zodiac signs that are the most rebellious.

Arrow set for their target, bow in hand, they are game for rebellion any ol’ day of the week. The Archer will think before they strike; their intention is always well directed, as this is a key to the Sagittarian personality. Rebellion comes naturally and they like to take the role of “rebellious leader” which might imply that they need back up for their rebellious endeavors. Sag likes to “lead the army” so to speak, so expect missives that are direct, to the point and completely rebellious. These people enjoy revolt. I’d go as far as to say they even get off on it.

Let’s keep this in mind as a tenet for the future: Aries does not care about your rules. Like God, Aries laughs at your plans. And why? Because The Great Red Ram is such a rebel that not even they know what they have in mind, all they know is that they’re going to do it their way, by hook or crook. The one thing you can count on is that they are predictable; Expect your Aries mate to contradict everything you say, and keep in mind that even if you agree with their idea of a plan, somewhere along the line they will more than likely rebel against that too.

Everyone knows Taureans are immovable objects. That whole “stubborn nature” thing? Oh, it’s definitely real, and it’s also the solid foundation of their personal rebellion. Ever try getting someone born under the sign of the bull to do something they are vehemently opposed to? You’d have an easier time lugging around a small building. Taurus doesn’t take prisoners when messed with either. When Taurus rebels, they don’t have to verbalize their intention. They simply don’t move, making them one of the zodiac signs that are the most rebellious. And for the record, Taurus doesn’t take prisoners when messed with either.

“I did it my way” may very well be the anthem of the Libra personality. They won’t push or pull, as they don’t need your approval when it comes to following their own bliss; they know what pleases them and they pursue it without anyone’s approval. What you might call rebellion is just the Libran way; unlike Taurus, they are not stubborn, they are simply true to themselves and if budging is a thing they will not do, the last thing in the world that you’ll be able to make them do is budge. A surprisingly mighty sign, Libra. They are rebels in pursuit of their own agenda.

Thinking always, these folks have a plan in their minds and if something gets in the way of their plan, they’ll play the long game, meaning, they will wait you out, and then deliver to you the way it’s “really going to go down.” If you had your heart set on doing it your way, it really doesn’t matter if you’re dealing with an Aquarius — they’ll do it their way in spite of all your efforts. You think you’re in control? Not with Aquarius, you’re not. Remember, the long game is all about letting you feel confident that it’s going to work out your way, until BAM. This rebel gets their way… again. 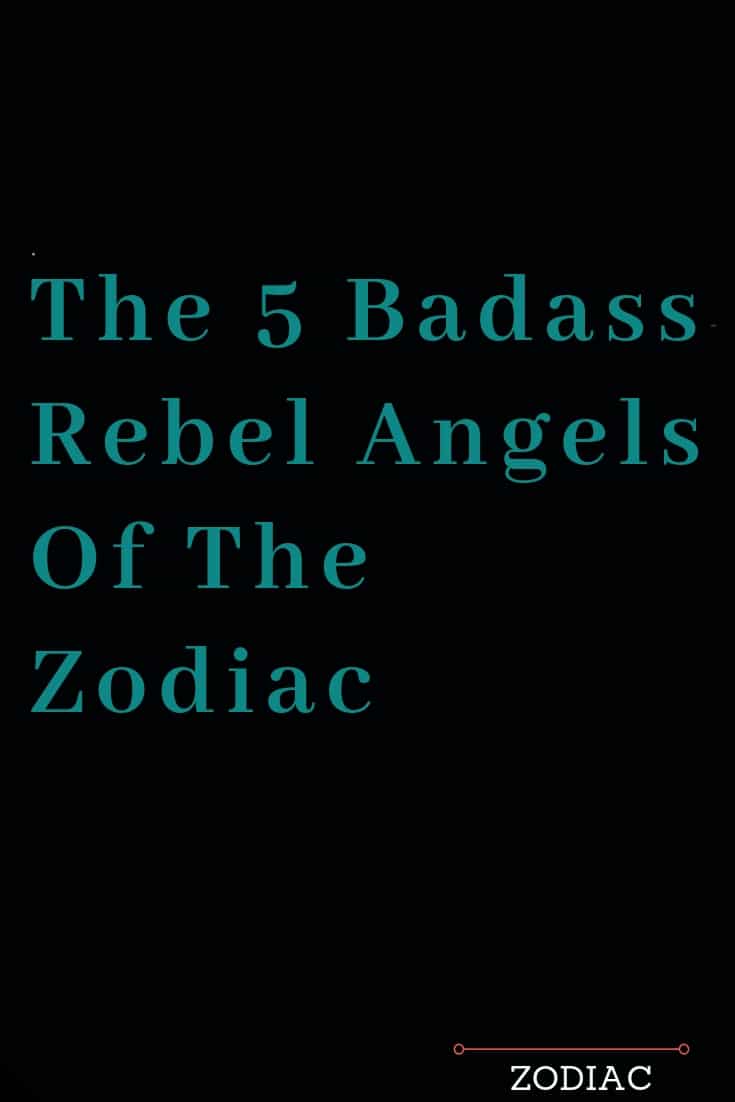