If he doesn’t bother to ask you questions about your day, or about yourself, he doesn’t care. If he never asks things like, “How are you?”, “How was your day?” or, “What are you up to?”, he clearly has no interest in you.

2. Act Excited To See You

When you see him, if he doesn’t act like he’s happy to see you, he is not the one for you. Your man should always want to see you and spend time with you. Therefore, when you get to spend some time with him, he should be happy that he gets to see you. If he acts bland, you don’t see many smiles and he seems more annoyed than anything, he doesn’t like being around you.

3. Look You In The Eyes When Talking To You

When he is talking to you, or vice versa, he should look you in the eyes, giving you all his attention. If you are having a conversation with your man, he should always give you his undivided attention—unless he is driving. If he tends to look elsewhere, or not into your eyes, you should drop him. When you talk to him, he should want to listen to everything you are saying, paying attention to you. It is common courtesy, after all, to look someone in the eyes when they are talking to you. Your boyfriend, out of all people, should know that and attend to it. If he doesn’t, he probably shouldn’t be getting your attention.

Your man should just automatically say the L word; it comes with the package deal. But, if he does not say it often, he can kiss your ass goodbye. You need a man who will prove that you are the best thing that has happened to him. Here are some examples of when your man should be saying, “I love you”. Whenever you guys get off the phone with each other; saying, “I love you,” before you hang up should be a given. Whenever you guys separate from spending time together; again, saying, “I love you,” before you leave should be another thing your man is doing. If he is not saying the L word as often as he should be saying it, you need to understand the sad reality that he might not love you, he may just love the idea of you.

If your man barely acts like he’s in any way attracted to you, throw him out. Your man should be hugging you, kissing you, holding your hand, and even making love to you. If he barely kisses you or doesn’t act like he wants to be near you, he’s not the one. Your man should be showing you that he is attracted to you in every way. When you are around him, you should feel like the most beautiful girl in the world, because he should give you that feeling; and if he doesn’t, you need to find a new man.

Granted, not all boys are the same and some are more mature than others., although every man should be doing these things to his woman. No one wants to be with someone who acts like they aren’t interested. If you start to notice any of these five things happening, it would be best to leave and stop a bad relationship before it escalates. 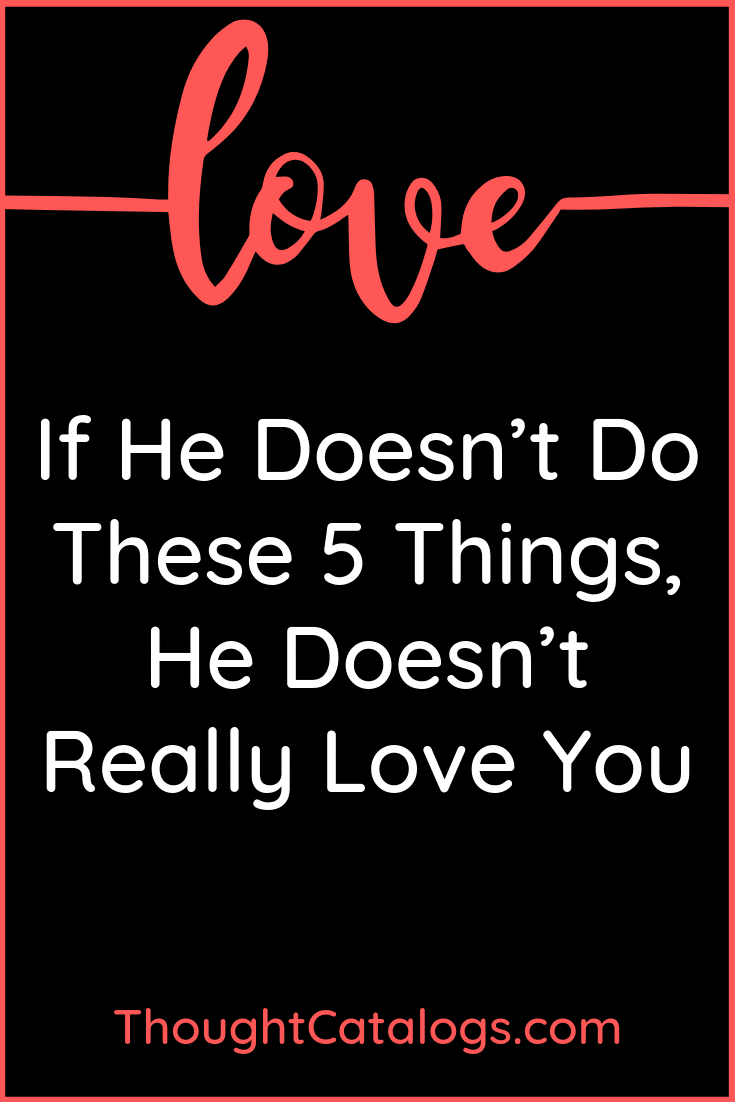 If I Did Anything Right In My Life, It Was When I Decided To Let You Go