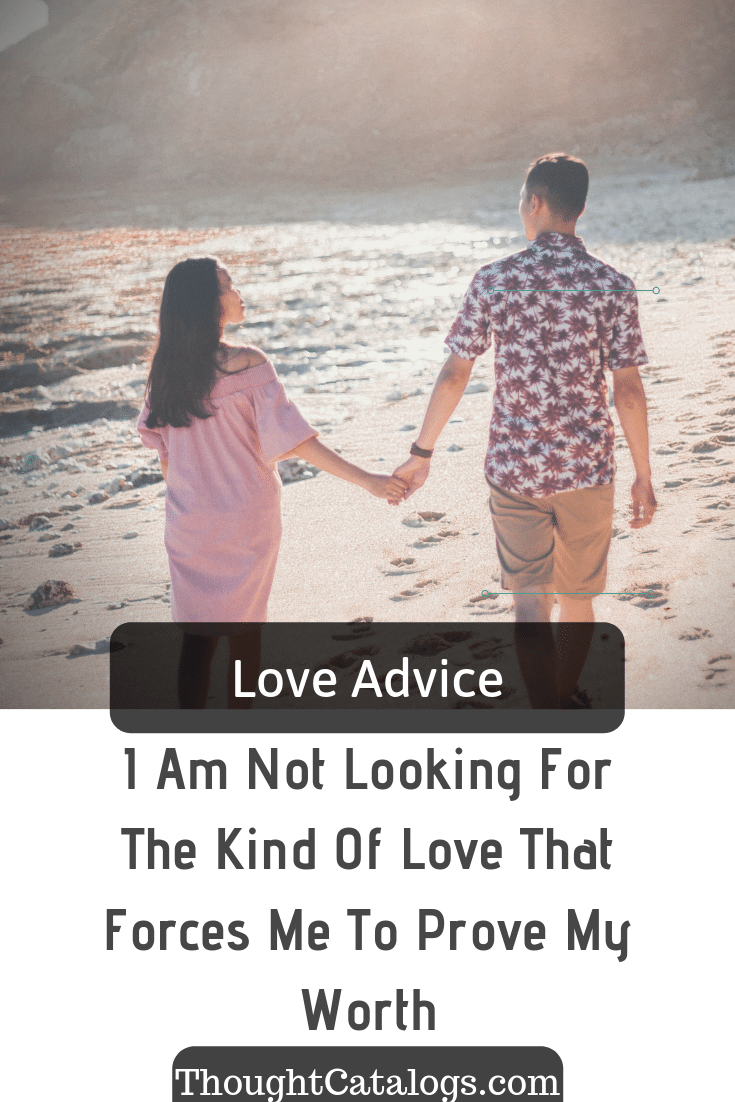 I was always looking at other women. Strong women. Independent women. I have always admired them for their kind smiles and genuine laughs.

They looked like they were complete and that they were happy with their lives. Why couldn’t I be like them?

I sounded pathetic to my own self, but the constant battle to be perfect and to show everyone that I was worthy of respect and appreciation drained my energy. Especially when it came to you.

You were the kind of man who thought nothing was good enough for him. Nothing could ever satisfy you.

Somehow, you were bitter with yourself and you didn’t know how to deal with it, except to continue spreading your dissatisfaction wherever you would go.

The day you saw that I was the perfect victim for that, you clung to me and that was my end. Or at least that was what I thought.

I thought that I was strong and that I could endure anything that life would throw at me, but not everything that you threw at me.

I was constantly afraid for my life and afraid that I might end up with my head between my knees, begging you to stop.

It was like a whole new world of constant fear that I had never seen before. Nothing I would do was ever good enough for you and in your words, I was worthless.

In your eyes, I wasn’t human enough for you to be humane toward me.

After everything I went through because of you, I decided that enough was enough.

I am not going to endure this anymore, because my heart cannot handle any more pain. It has been shattered into little pieces and it’s not strong enough to be broken anymore.

Only my mind has found the right way and it’s called: I AM GOOD ENOUGH!

I am good enough and worthy of love, whether you want to see it or not.

There is nothing that and no one who can convince me it isn’t true anymore because I have been tricked into thinking that by too many people who didn’t really matter in my life.

Those people didn’t bring any kind of value to my life, they were simply there to break me, every time a bit more, because they didn’t know how to handle their own hurting hearts.

But that wasn’t the way and it’ll never be the way to healing.

For quite some time, I was afraid that I might fall in love again and that everything would be the same as before, but the liberating feeling I experienced when I finally considered myself good enough has shown me that I just need to wait for the right one.

I have no need to prove my worth to anyone ever again. I’m better than that.

I have been asking myself constantly what possible evil in people makes them abuse someone else into thinking that they are unworthy of living and being loved and I have never come to a true conclusion, but instead to a salvation which is ‘being enough for yourself’.

And all those women I admired before don’t just have that; they don’t bring others down to prove their own worth—they rise by lifting others.

I won’t need to prove my worth to him and that’s the goal I strive to achieve. There is nothing out there I can’t do and you will not tell me otherwise.

You will not shut me down and make me feel bad about myself, because the only person who has power over my emotions is myself.

But thank you for showing me this strength I have, because I didn’t know it existed. I owe you one for this.

Maybe you will realize one day that you have lost something precious because you weren’t able to see past your own insecurities.

Why You Suck At Relationships – According To Your Zodiac Sign

How You Will Inevitably Screw Up This 2020, Based On Your Zodiac Sign

See How People Cheat On Relationships Based On Their Zodiac Signs

Here’s The One Thing You Should Change In 2020, Based On Your Zodiac Sign

THREE THINGS THAT WILL TELL YOU IF YOUR DATE WENT FINE

One Word To Describe March 2021, Based On Your Zodiac Sign

These are 8 signs that he is playing with your feelings

ThoughtCatalogs - April 8, 2019 0
If you happen to be dating a guy and he has told you that he has cheated on women in the past, how would...