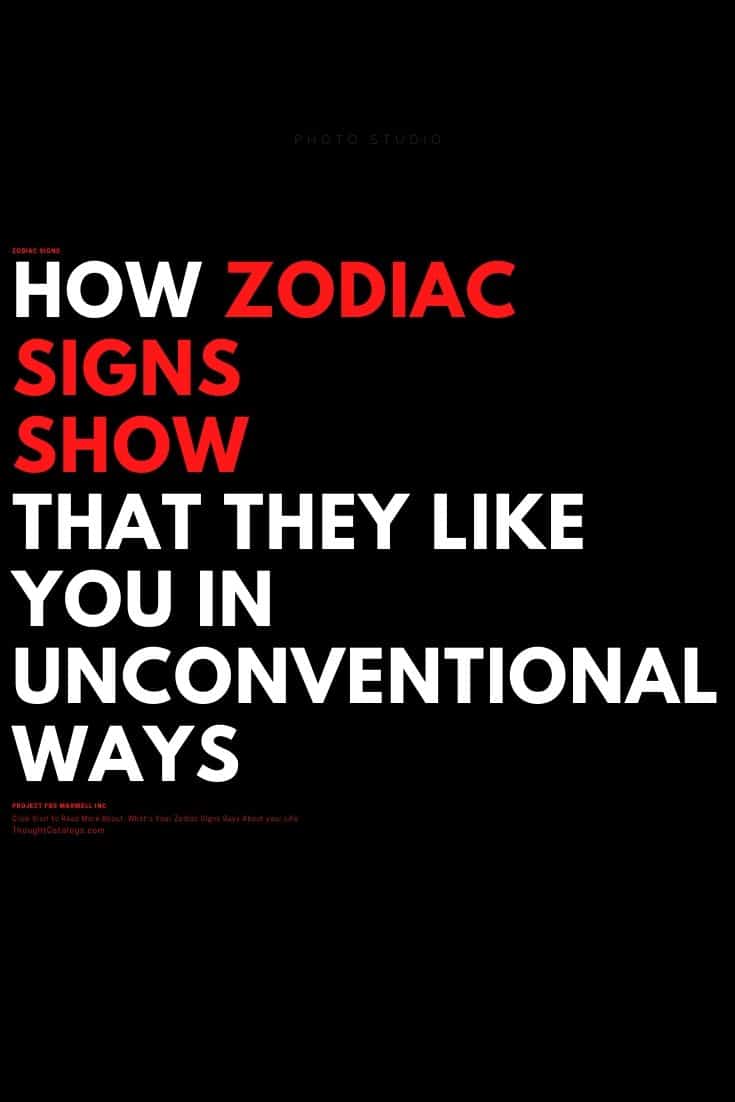 You’d think it would be easy to tell if a guy likes you but unfortunately, that’s not always the case.

Think about how things were in elementary school: if a boy liked you, most of the time he didn’t just come out and say it; instead, he teased you or tried to make you notice him by acting like a clown.

Well, those boys may have grown up but many of them still don’t know how to be direct and let someone know that they like them.

Admitting your feelings for someone can be a dangerous proposition.

What if you put your heart on the line and they don’t like you back?

What if, even worse, they actively dislike you?

There are times when people feel the need to use unconventional methods and behaviors to let someone know that they like them.

The problem with these unusual methods is that they’re even more difficult to decipher.

Verbal and body languages can be tough to interpret, especially if you don’t know the person very well and have no baseline on what their normal behavior looks like.

Let’s say that a guy you like buys you a coffee out of the blue and you think, “Oh, he must like me,” but then you see that he bought the entire office a coffee and that he’s just generous.

If you’re confused about how to tell if a guy likes you or not, you can find yourself going down the rabbit hole of obsession, trying to analyze everything they do or say, searching for some clue about how they really feel.

Rather than going through the whole he-loves-me, he-loves-me-not emotional tailspin now might be the time to check in with your old friend astrology and see what it has to say about the unusual ways the zodiac signs show that they like you.

Take what you’d expect someone to do to show that they like you, turn it upside down and you’ve got the Aries’ approach.

If they like you they’ll be sarcastic, teasing, and they may (playfully) call you names.

If an Aries insults you in a playful way, you know they really, really like you.

When a Taurus is into you, they’re 100 percent present.

They’ll listen to you intently.

Looking at you in a way that is both gratifying and kind of unnerving, and they’ll respond with such well-thought-out answers that you’ll feel as if he can see your soul.

If a Gemini likes you they’ll do everything they can to make you laugh.

They will tell you funny stories, make jokes, and even do physical comedy.

They know that the way to your heart is through your funny bone.

If a Cancer is falling for you, they’re going to go out of their way to introduce you to their loved ones.

Yeah, it wasn’t a coincidence that he and his buddy ran into you at the mall or that he happened to be having drinks with his sister at your usual after-work hangout.

When a Leo likes you a lot, they’ll show it by buying you gifts.

While gift-giving certainly isn’t unusual in and of itself, it’s the type of gifts that Leo will get you.

Big, over-the-top gifts or gifts that you didn’t think you ever needed but that make your life so much better.

It’s as if they have some kind of sixth sense when it comes to gift-giving.

Virgos tend to keep themselves in check and tend to be fairly reserved.

If your Virgo suddenly is acting the fool and being goofy and silly, it means they like you so much, you make them nervous.

Don’t give into the temptation to screw with them a little bit; try to be as kind as you can.

Libras love to help the people they care about and dig hanging out.

When a Libra suddenly becomes your new bestie/personal assistant and is doing errands for you or going with you to the DMV, it means they can’t stop thinking about you.

They want to be with you all the time.

When a Scorpio likes you they’ll want to know every single thing about you.

On the surface, it may seem like they’re giving you the third degree, but they just want to know everything about you.

Whatever you do, tell them the truth, even the bad, unattractive stuff.

They can’t stand liars and if you’re brutally honest with them, it will just make them like you even more.

Sagittarius shows their deep like for a person in physical ways.

Yes, there’s the hug, the kiss on the cheek, but they’ll get creative.

You might think that standing in line getting coffee is an awkward place for a back rub.

That’s Sag’s way of saying that they like you.

If a Capricorn really likes you, they’ll fix whatever you need fixing, even if it’s not that big a deal.

If the clock on your stove has never worked, Capricorn will fix it or they’ll get your car smog checked for you.

They think they’re being subtle, but in Capricorn speak they’re practically screaming their adoration for you.

It can be difficult to know the difference between when an Aquarius is being their usual unconventional self.

When they’re acting out of character it’s because they like you.

Let’s just say they get extra creative and can show how much they’re into you in big, unexpected ways like hiring a Mariachi band to perform for you while you’re at a Japanese restaurant.

Because Pisces are so artistic, they’ll show that they like you in a creative way such as drawing a comic strip about your life where you are the star or writing a song about you and performing it at an open mic night.

All Of Us That Have Been Hurt One Too Many Times

My Ex Wants Me Back: 15 Things To Do About It

The Ultimate List Of Heartbroken Quotes That Make You Cry

10 Warning Signs Your Partner Is Ruining Your Mental Health

The Lyrid Meteor Shower Will Perform A Beautiful Cosmic Display In...

ThoughtCatalogs - April 20, 2020 0
The Lyrid meteor shower is going to hit the peak on Thursday late night. April 21st will bring the horde of meteorites in the sky,...